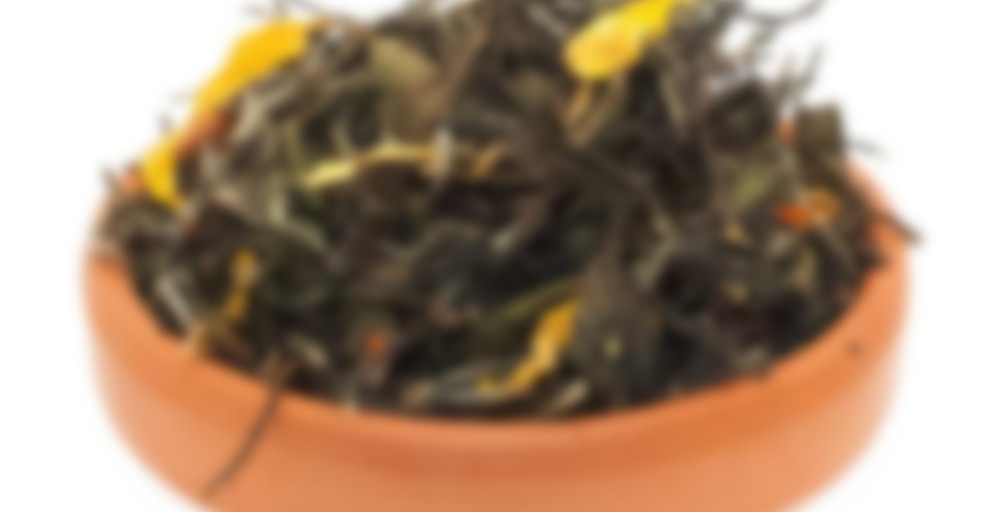 by Simple Loose Leaf
69
You

Our delicate Shou Mei white tea is balanced perfectly with a touch of citrus. Dried orange peel results in a sweet and refreshing addition to the citrus flavor dancing amongst the backdrop of the gently floral Shou Mei. Delicious served iced as well as hot, this tea makes an ideal light, summery drink with a twist of citrus.

this was another disappointment for me today. I had high hopes for it based on the smell of the dry leaf, but it was not meant to be. It reminds me a LOT of the wild sweet orange tea from tazo that i liked when i first started drinking tea but have since found icky. This isn’t a terrible tea per say…it’s just not the delicious orange tea that i hoped for based on the smell. it falls flat.

And I’m glad it’s not as strong, because it would have overpowered the Shou Mei white tea. The white tea and the orange flavors meld well together. Sweet, juicy, flavorful, and refreshing! This makes a stunning iced tea!

Could you tell me how to cold brew?

I took one look at this and decided to hold it for iced teas, so it’s my first time trying it today after cold-brewing it for 14 hours. I think I may have oversteeped it as it is just a little bit bitter, but the orange is very nice and a little bit of agave would probably make this perfect! I’ve got lots left to experiment with though!

This is a blend of orange peel, Shou Mei White Tea, Safflowers, Sunflowers, and Orange Flavor for a citrus themed twist on a classic white tea. The aroma is very citrus heavy, it is a little on the artificial side and sadly reminds me of the orange bathroom cleanser I used to use. Underneath the heavy swath of orange there are notes of lettuce and delicate floral.

Once the leaves have steeped in their little basket, the wet leaves’ aroma is intensely orange, still too artificial for my liking. There is also a bit of tartness and lettuce to the aroma. The liquid smells pretty much the same, I am afraid!

Tasting the tea sadly confirmed my fear, this tea tastes like air freshener. Now don’t get me wrong, I am not such a tea snob that a candy flavored tea puts me off…just certain flavors do not necessarily work. I find that any citrus that is a flavor and not all natural tends to taste too much like cleaning chemicals, but it could be that I have a preference for citrus scented cleaners. Other than the air freshener taste there are notes of lettuce and a tiny bit of orange sweetness. I really like the idea of an orange white tea, just maybe I will hunt one down that just has orange bits in it.

For blog and photos: http://ramblingbutterflythoughts.blogspot.com/2014/06/simple-loose-leaf-june-subscription-box_7.html

This one is interesting.

Dry Leaf Aroma: Smells like citrus, but not orange. This smells like bergamot, tangerine, and neroli had a baby. It also has a smell like a familiar candy, but I can’t quite place it to say which one.

Brewing Aroma: Pretty much the same as above.

Flavor: Oddly, I liked this, overall. I’m not always a huge fan of citrus in teas. This one is mellow and pleasant. I could detect some bitterness in the 2nd cup, but that’s probably due to the brewing style, so I can’t fault the tea. I plan to try it as a cold brew tonight.