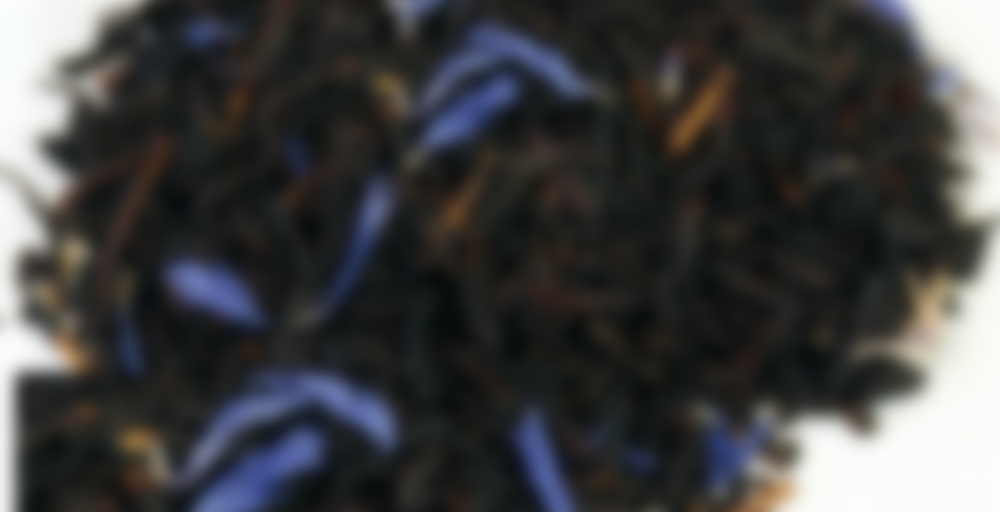 Once a taste associated primarily with the holidays (… sugarplum fairies dancing in our heads…) plums are now enjoyed year round. Their sweet, tart taste is refreshing and delicious. This black tea blend brews to a deep amber cup with a heady aroma reminiscent of butter and mashmallows. The taste is smooth with a touch of sweetness and a creamy finish.

Thanks to tea-sipper for the share! I wrote a note for this one a few months ago but never posted it because I didn’t trust my initial feelings. I made it again recently and added milk. It’s a decent black tea, though I must say that I get no distinct plum. The flavoring is pretty light, but S&V’s black tea is so delicious that I’m not disappointed with my cup even so. It’s not special enough that I’d order it myself, but I enjoyed trying it in my quest to try every S&V tea!

Discovery Advent Tea #18
Another stumper! I knew it was black tea but I had no idea of what this flavor was. Not sure if I liked this…

A Berry Frui-tea July! This came from the Here’s Hoping Traveling Teabox, thanks very much to tea-sipper for organizing and all who contributed teas to this teabox! I had a single-cup sampler of this tea and brewed up a late night cuppa.

The aroma of the steeped tea is surprisingly sweet and does have a nice plum aroma. The tea is fantastic! It’s so smooth… I wish I knew which black teas were used in this base, because it is so nice, without the typical bitterness I get from an overload of assam or ceylon. Whatever the blend is here, it works. It’s a little malty, nicely dark without becoming biting or bitter, and has some nice notes of cinnamon and cocoa. On top of that is this really becoming plum flavor, that is flavorful enough to give the cup a nice fruity note, but not overpowering as the base still has this really nice taste… it’s just the right amount of fruit flavor in a tea. The cup also has a somewhat creamy aftertaste.

This is a tea I would happily add to my cupboard! Such a nice blend of both black base and fruit flavor.

I think I’ve mentioned that my latest tea-drinking pattern is that I drink only green tea and fruit blends or herbals during the week and black and other teas on weekends and holidays.

There are some variations. For example, last week I found an empty storage tin, so went into my stash to find a tea in a bag to transfer to it. That one happened to be the coconut white from Teafrog, but the tin wasn’t big enough to hold all the tea. So I decided to drink up the excess — I am alternating green tea and white tea at work until the excess is gone (unless I decide to cold brew it, which is also a possibility).

I’ve also mentioned my logic for how I select the next cold brew experiment (I find the lowest rated tea in my cupboard that I have enough of to cold brew, and if it seems like it would work as a cold brew, into the fridge it goes).

I’m not sure I’ve mentioned that there is a micro-pattern to my weekend black tea drinking. This is likely interesting only to me, but I’m recording it here for posterity.

The third cup is a flavored black that I’ve had before, and is in active sipdown mode. The fourth is a lapsang, which has its own separate project going on (project Lapsang sipdown).

Today I recorded things a bit out of order. This is my second tea, but my third note. I have the Violet in steeping at the moment, though I recorded it as a sipdown first because I didn’t have a lot more to say about it.

That’s the method to my current madness. It’s making a dent, I think, particularly in the lapsangs.

Now, for this tea. The dry leaf smells like the melange of Simpson teas that shared their essential oils through the paper packing bags they came in, so there’s not a lot of interest there.

Steeped, the aroma is of — plum! Maybe tending a bit toward the prune-like. It’s a dark flavor for the synesthetes out there, a bit darker than I associate with plum which is why I’m going toward prune.

Now that I have prune in my head, it’s hard to get it out and that’s pretty much what I’m tasting as well. But it’s not a scary prune. Scary prune is shriveled and dry. This is juicy prune. If you’ve ever eaten prunes out of a package, you know when you get that one that’s really soft and juicy and reminds you of the plum from whence it came? It’s like that.

The tea is dark, reddish brown, and clear.

I am not sure I’d buy this again, but it’s a fun change.

I don’t recall you mentioning this way of being. But wow, interesting approach to tea world. I am copying this post in my tea notes to reflect on later. Currently, I stay with either one or two teas per day. I have a focus box which I dip into regularly for sip down attention, but box is, unfortunately, huge, so progress is slow.

Also, prune black sounds like just my cup of tea.

I was deliberating buying this one because of the mixed reviews. But I love plum so had to give it a try. It turns out I LOVE it. Who said this didn’t have any flavor? I think it’s delicious! Maybe not 100% accurate of a juicy sweet ripe plum, but there is plenty unique flavor here to love: definitely fruity with undertones of a lovely floral. The black tea is great with the flavor. Two delicious steeps with lots of flavor! I’ve tried better plum teas but this is great stuff. I never lose with S&V teas.
Steep #1 // 1 1/2 teaspoons for a full mug// 10 minutes after boiling // 3 minute steep
Steep #2 // just boiled // 3-4 minute steep