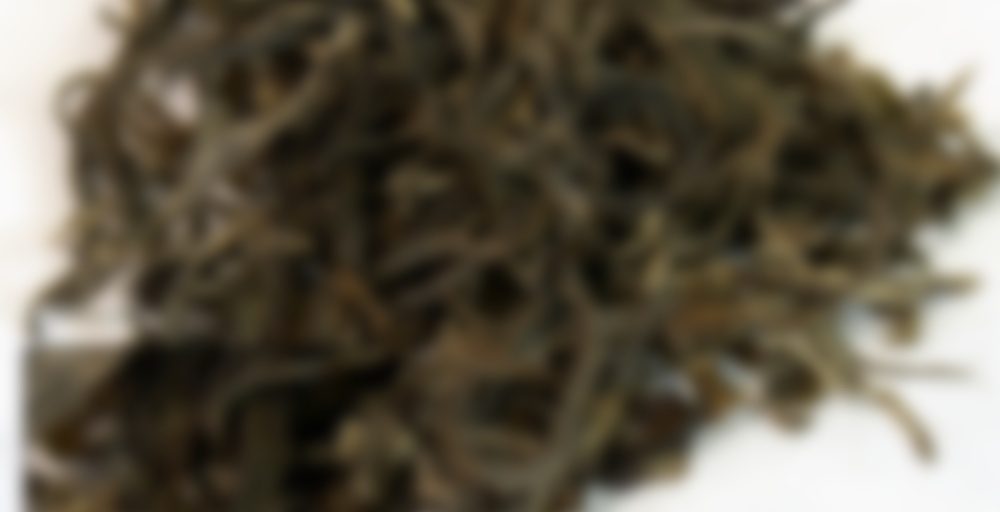 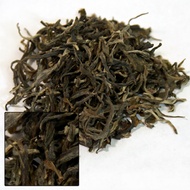 Another day, another green tea. This one comes to us from Lingyun County in China’s Guangxi Province. Compared to other green teas, this one is very light and fruity. I have seen a bit of confusion regarding the proper classification of this tea. I am under the impression that it is traditionally considered a green tea, though some Western vendors classify it as a white tea. For the purposes of this review, I will be treating it as a green tea and implicitly using other Chinese green teas that I have tried as points of comparison. To brew this tea, I relied upon my usual Western two step infusion that I favor for many green teas. The temperature was set at 180 F with steep times of 2 and 3 minutes respectively.

In the cup, the infused liquor showed a delicate, pale gold. Mild aromas of bamboo, grass, hay, honeysuckle, and apricot were what I picked up on the nose. In the mouth, mild, lightly vegetal notes of bamboo, grass, cucumber, and straw quickly gave way to smooth, sweet notes of honeysuckle, jasmine, osmanthus, apricot, plum, and white peach. The finish was floral and fruity, with mild honeysuckle, apricot, and white peach notes underscored by a hint of creaminess that gave way to a just barely detectable trace of minerality on the fade. The second infusion further emphasized the tea’s sweetness, with fruit and flower notes framed against a backdrop of faint bamboo, grass, and straw before an alternately creamy and mineral-laden fade.

This is a unique and refreshing green tea. It is not particularly deep, but it is very pleasant and approachable. The subtlety of its aromas and flavors kind of reminds me of some of the white teas that I have tried, so I guess I can at least partially understand the confusion with regard to this tea’s proper classification. In the end, I really enjoyed this tea and felt like I got quite a bit out of it, but I can safely say that I probably would not reach for it all that often. Truthfully, I greatly enjoy the more typically vegetal Chinese green teas, and this one straddles the line between a white tea and a green tea in terms of flavor and aroma a little too much for me. Now, considering I like both white and green teas, that’s not a bad thing, but I’m just saying I’m more likely to reach for a more typical green tea when I’m in the mood for green tea or a white tea when I’m in the mood for white tea. In summation, I feel that this is a rock solid tea, but I also feel that it is likely to only appeal to a small niche of tea drinkers who regularly pursue less popular and/or orthodox types of tea. Still, I suppose I would not have a problem recommending it to someone who may be looking for something unique.