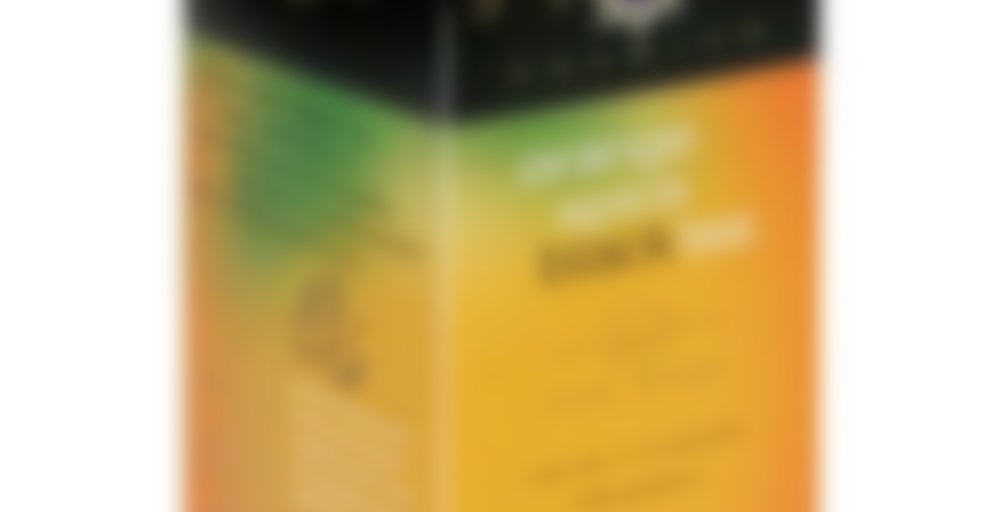 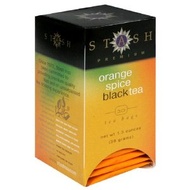 by Stash Tea Company
64
You

For our Orange Spice tea we blend full-bodied black teas with the finest cinnamon, orange peel, and orange oil. The result is a very aromatic tea that has the flavor of zesty orange and spicy cinnamon. Tastes excellent hot or cold.

So I remembered that the folks who recommended this tea to me actually said it’s supposedly great as a sun tea. Eh. As much as I love solar power, I don’t have a vessel in which to make sun tea. I tried this tea again as a cold brew iced tea, and I like it more than as a hot tea. The citrus was really evident, and the black base was refreshing. The supermarket at which I bought this tea has Stash in bulk ($0.10/bag), so I may be getting more (it’s in the pasta/cereal aisle — it’s like the store knows my weaknesses). I wouldn’t go out of my way to always stock it, but it’s good every now and then.

Plain old Mason jars work great for small batches of sun tea…make yourself some spaghetti, save the sauce jar.

Mason jars are my water vessels — and also my tea vessels… I’ll try out making sun tea in them, though. Thanks!

A Berry Frui-tea July! Found another orange-flavored bagged tea in the back of the cupboard (and this one actually doesn’t expire until November, so age shouldn’t be an issue this time!) I’m guessing this was one of the teas I enjoyed back in my baby tea-drinking days when I only had bagged tea, but I honestly don’t remember it at all, so if that was the case, it didn’t leave much of an impression. Ah well, time to try it out now!

The aroma comes off a little underwhelming, but it does smell slightly of orange and spices. The flavor of the cup is maybe just a little weaker than I was expecting, but it isn’t unpleasant. The orange still comes across with that somewhat artificial taste that I usually get from orange in tea, but it isn’t overwhelming the cup, and I’ve had a lot of bagged teas where the spices (particularly that artificial clove flavoring they like to use) can be quite heavy-handed, and here they are more subtle, with just a hint of cinnamon and clove left on the tongue after the sip. The flavor is actually nice, because it isn’t overpowering, it just feels like the black tea itself is a little weaker than I was expecting. Most orange spice blacks I’ve had in the past have been a little more robust than this one. On the plus side, it at least doesn’t come off with any bitterness and only the most mild of tongue-drying astringency after a sip. On the whole? Honestly pretty good, especially for a bagged tea, and I’ve had a few real misses with Stash. I’m happy to say this isn’t one of them. I wish the black tea had a little more “omph” since the flavoring is nice, but I won’t have trouble sipping down what is left of this box, either.

Drank a cup of this with my lunch. Added some Mimosa honey and a bit of almond milk. This cup was moderately good for being such an old tea. It got lost in a moving box and is 2-3 years old.

The fragrance and flavor of this tea really underwhelmed. There was no hint of orange or spice…I really only tasted the black tea. I’ve had this sample in my stash for awhile so maybe it was old. Wouldn’t recommend unless you simply need a hot beverage with little flavor.

I’m leaving on a jet plane today! Eeeeee! So in an effort to reduce the last minute dirty dishes to wash, I’m dipping into my rarely used stash of individual teabags.

The orange is definitely prominent. On my first sip though I definitely tasted something artificial-y, and took another peek at the wrapper. Orange peel is in there but so it “orange flavor” and “clove flavor.” It went away after the first sip.

The base tea is unidentifiable to me – just generic “black tea” – I would love to try a good malty Keemun or Assam with orange, cinnamon, and clove. That would be good.

This isn’t bad, or offensive, but not great. So I wouldn’t refuse a cup of this if it was offered, but I am not going to seek it out.

one of my favorites-a totally standard orange spice. comparable to constant comment. can get bitter if steeped at too high a temperature.