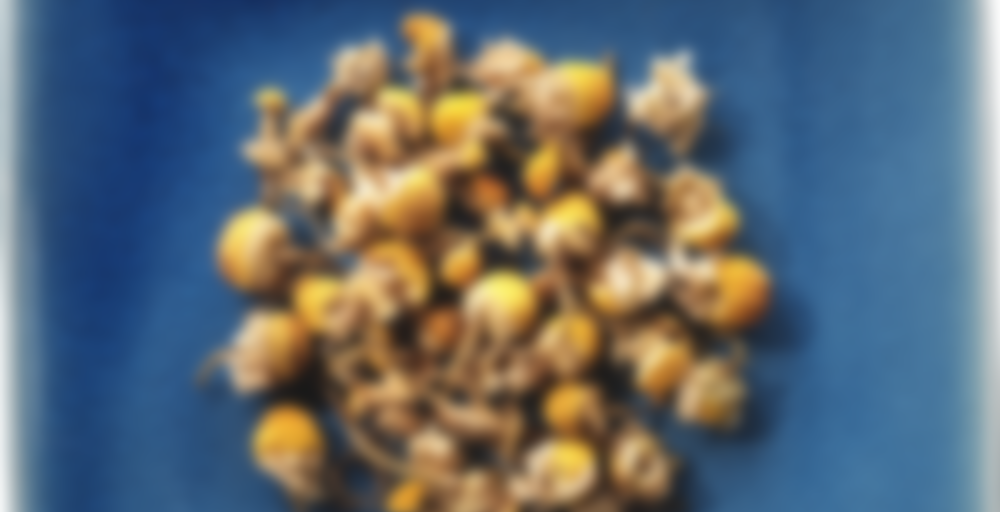 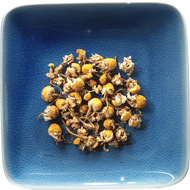 by Stash Tea Company
62
You

A very soothing and relaxing blend, golden in the cup, perfect for quiet evenings or anytime you wish to relax and unwind.

Since ancient times people throughout the world have enjoyed the soothing aroma and apple-like flavor of Chamomile. To create this classic herbal tea we use only the finest, most fragrant and flavorful chamomile flowers. A very soothing and relaxing blend.

Have: Headache.
Will swap for: New supply of Orange Puerh from Nothing But Tea

This is a backlog from a few days ago, actually. Not the headache, but the following. I received this bag from Fleurdelily and it’s been hanging around since then, because I don’t actually care much for chamomile at all, really. We do keep a blend around with chamomile and licorice root, but that’s purely for therapeutic reasons. It tastes vile, but it’s wonderfully soothing when one is ill.

So that’s why I had my trepidations about this one. Part of me thought I ought to wait until next time I got ill, because if chamomile is the sort of thing to drink under such circumstances, then surely I couldn’t give it a proper go if I was feeling well.

But then the other day as I was doing something or other in the bathroom, I just suddenly had this chamomile craving. It was like I could actually smell it. The time was right, I reckoned. Besides, I had just had a couple of days of feeling generally wonky, so my terms of unwellness were met too.

I made me a cup and took it with me to bed to read. I’ve done that a lot, lately, actually. Gone to bed early with a cup to read before bedtime. I was expecting to be able to drink maybe half because of the inherent vileness of chamomile, but I actually ended up drinking the whole thing.

The aforementioned vile concoction is loose leaf, whereas this one is bagged, and believe that is what made the difference. The bag just gave a milder sort of chamomile flavour than the loose stuff, probably for the very same mechanisms that loose is otherwise generally preferable over bags. In the particular case, however, the opposite worked to my advantage.

Yeah, I think I’ll drink the other bag I was given as well, although I will wait to see if I get that craving again, because that was definitely also a large factor in my experience here. Without it, I don’t know that this would have worked for me as relatively well as it did.

Love it: “the inherent vileness of chamomile”… I so hear you. And I keep trying to like it.

When I was younger I would actually drink chamomile for pleasure. I liked it then, and totally didn’t understand most people’s ‘only when ill’ attitude. I thought it was really nice with a bit of liquid honey as well. Then… I don’t know when or how it happened. My tongue just completely turned around on chamomile. Now I can barely stand the stuff. It’s a bit of a shame, really. It feels a bit like I’ve lost something.

I was distracted while drinking this by a good book. It wasn’t awful.

Yours I Like This
9 likes
1 comments
Edit
keychange
Delete

Meh, this smells nice enough but it makes a pretty whimpy-tasting chamomile tea. Ah well, this is mostly just to help me relax and get to sleep (because god knows I need to stop staying up until 3am) so if it helps I might up the rating a bit tomorrow.

Boiling 5 min, 0 sec
Yours I Like This
3 likes
4 comments
Edit

Stash’s organic chamomile actually has a taste — according to my finicky palate, anyway. Sometimes you can find Stash organic variety boxes, so you don’t have to commit to a whole box. Hope this helps.

Honestly? This is one herb that I think I’d prefer to grow myself rather than spend the money on the tea.

A polygraph test for your taste buds? ;)

I found another stray bag of Stash Chamomile (in the yellowish gold foil envelope). It’s chamomile. Really. I’m starting to realize that adulterants are overdone in many chamomile blends. Not here. This is a true soliflore.

I am very fond of chamomile tea, and I do like how light this one steeps. It is a very calming tea and it really does me good at the office when I’m trying to keep from being stressed.

There is a part of me that likes chamomile and there is another part of me that thinks it tastes like hay. This tea is really mild and calming. I wish there was something more to it, but good for what it is…a straight up chamomile tea.

This is tea 15/50 I bought in a Stash Assortment. Like the others, this is a very light tea. It works for the Chamomile and I would drink it again but not buy it again.

A mild chamomile tea. I like that it doesn’t taste too strong. Not bad at all. I drank it at bedtime to help me sleep.

This is a decent chamomile. Very soothing and lemony.

I bought a box of this tea a few months ago primarily for its calming properties. It’s a good tea to drink before bed or when battling a headache. I’ve never really loved the taste of chamomile, but it undoubtedly has a relaxing effect that I find both soothing and a bit nostalgic. My mom would drink unsweetened chamomile when I was younger, and now that I’m older it reminds me of home and of her. She has a gift for knowing exactly how to make everything better, and I think I associate that feeling with this tea because of her.

So whenever I’m sick or anxious or generally unwell, I think of this tea. It’s like an aromatherapy of sorts, breathing the vapors in and letting the anxiety out. There is something intrinsically healing here. It’s a cup for comfort.