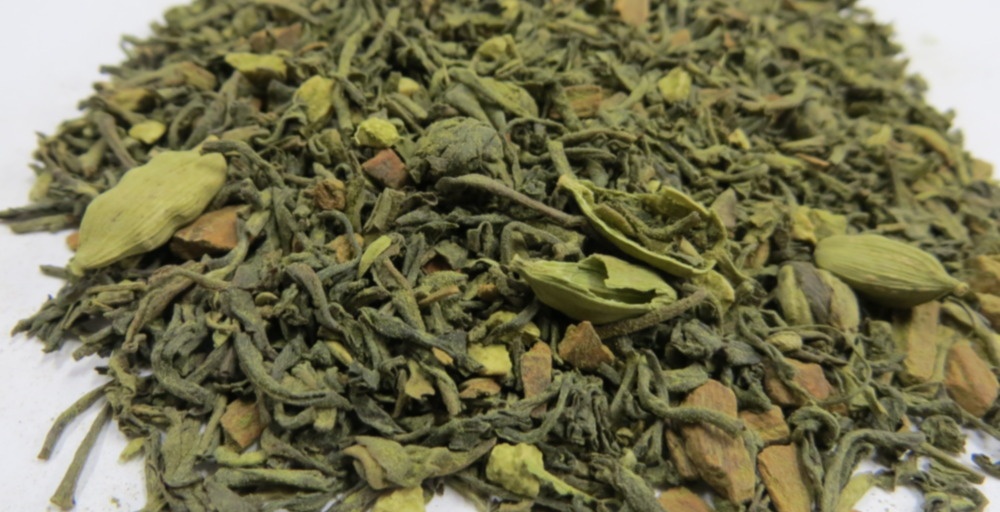 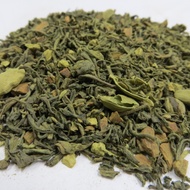 by Staufs Coffee Roasters
79
You

Dry Aroma: Citrus, floral, gently balanced between cinnamon and cardamom
Wet Aroma: Richly cinnamon spicy with hints of sweet jasmine and a faint toasted note.
Cup: A complex and dynamic blend to celebrate 2013; the Year of the Snake. The first extraction has a elusive, murky golden-green liquor and a richly fragranced cup. Offering a textured, yet creamy mouth feel, a bloom of cinnamon and cardamom, parts to reveal a soft muscatel and jasmine note that blends into a almond hint. A gentle astringency finishes the cup. Following extractions are a bright, clear golden hue and the jasmine and cardamom build.
Directions: 3 grams of tea (2 tsp) per 8 oz of 185-190 degree water steeped for 2-3 minutes. Avoid over-steeping as the tea will grow more astringent and the tannins will add bitterness. Expect 2-3 steeps. Makes a spicy and exotic cold brew iced tea.

Originally in my notes as Serpent Mound Masala Chai, this blend was developed as I was asked to recreate the flavor of the discontinued Oregon green tea chai concentrate that some of our friends were using; also known as Kasmiri green chai.
It is not new information to many, but is to some, that Chai simply means ‘tea’. There is a lot of misunderstanding and misinformation around tea and the popularization of ‘chai’ in coffee/tea houses has done little to change that with regards to this particular beverage in America. Most think that ordering Chai means a cup of warm, milky, creamy sweetness with a spice note and a mere hint of tea tannins. Many are unaware that traditional chai is variable depending on what regional influences are present and often will be surprised (some pleasantly so) to sip chai at an Indian restaurant and find it unsweetened and without milk: simply Masala Chai- Spiced Tea.
Of course with so many tea companies attempted to add their own signatures and blends, flavoring and spicing, adding fruit, flowers, spices, oils, additives….the terms are not often utilized in a traditional context and can loose a bit of meaning.
I suppose I rest on this point only because it also explains my nom de plume- Kashyap (for more on that try here: http://en.wikipedia.org/wiki/Kashyap) . I became very fascinated by the regional variations of masala chai and the spices, how they were used, why, and the local diets influence. I was pleased with the introduction of the Chaiwala in Slumdog millionaire and thought that the idea of chai might undergo a bit of an evolution, but its seems that is not quite as transforming as I’d hoped.
In any case, I was developing some chai blends and I was also asked to complete a project for one of our customers and in the process discovered some interesting facts about tea, spices, and blending. I also learned some fun things about matcha.
I developed this blend and was pleased when with a small amount of tweeking I found myself with this cup in my hands and these were my original notes:
creamy, verdant, floral, nutty, lightly spicy…mix of jasmine and cardamom creates and illusion of near almond flavor.

In the area of Kasmir, India there is a tradition of making masala chai with green tea, cardamom, cinnamon, and almonds. I wanted to make a blend that would respect that tradition and deepen its distinction. I also wanted to honor the deep roots here in Ohio and draw attention to some of its natural and cultural wonders – in a way bridging space/time, culture, and the love of tea.
The base utilizes the floral notes of jasmine jade pearls and the slow extracting nature they provide – allowing the spices to extract in at a similar rate and for them to achieve some balance. Since milk is often added, I wanted also there to be a strong tea note and perhaps a hint of briskness, and so I added a 2nd flush Darjeeling. The spices are all organically sourced and whole and crushed just before blending and the tea is made in small batches when ordered to preserve the integrity of flavors. The matcha stains it all verdant green and adds a murky, opaque aspect to the first steep, that adds to the creamy and tart profile. It reminds me of the spring here in Ohio at the Serpent Mound when the new growth makes everything an impossible bright green and at the same time illustrates the wet murkiness of the weathers muddy transition. The cup gives way on the second steep to a gorgeous, luminous yellow that has hints of reptilian green. There is an illusion of almond on the finish, which I imagine is the combination of spices mixing with the jasmine and it develops as it lingers on the palate.
Overall I’m happy to present this as a tribute to the ‘year of the snake’ and hope that everyone can renew themselves in this new lunar cycle.

I really enjoy your reviews, Kashyap. They are well written and informative in so many ways!

Thank you Nicole..you’re very generous for sharing that and I deeply appreciate your feedback

Love the name and how you bridged Ohio and Indian Masala Chai. Your vision of green verdant hills and the reptile…I want to drink this dangerous spicy brew…!

message me an address and I will send you some ;)