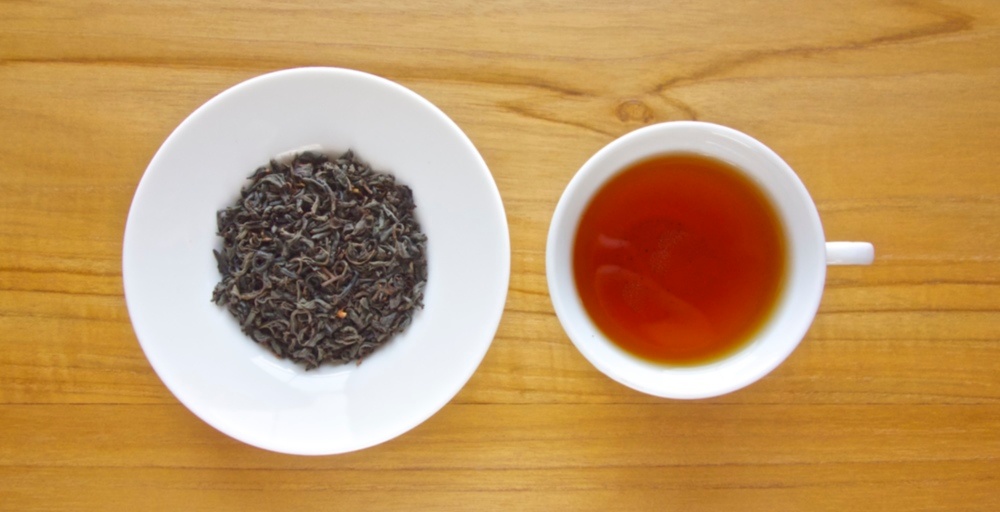 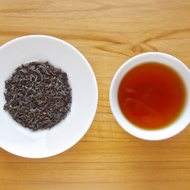 Hizen is a blend of the Fuji Kaori and Benifuki varietals from Saga in southern Japan. Farmer Yusuke Oota has been experimenting with black tea production for the last 5 years and the results are impressive, having produced this tea with 100% organic fertilizers.

First steep (200, 2:30 min): Strong floral taste, on the verge of astringent so I may try this again with slightly less steep time. Standard black tea.

Great black tea, floral seems to be common to most black teas but the peppery aftertaste really set this apart for me. Decently caffeinated, probably average for black tea. 9/10 would steep again.

My first box arrived yesterday. This months teas were sourced from Japan. To my horror most of the teas were green teas. Green teas and I have what I’d call a love/hate relationship. I want to love them, but usually I just hate them. BUT there was a black tea in the bunch so I chose to try that one first. Yes, yes I am a creature of habit and went with the tea type I know and love first. I can’t help it. And I will be trying the green teas later this week. Now that I have the one touch…it should be very hard to mess up these teas.

I used the one touch’s tea basket to make four cups of tea from the sample provided. Which leaves me with 1 tsp. left to sample. Note to self with the rest of the teas use the one touch as a water boiler only and prep the teas in the cast iron pot! This tea has a short steep time. But you also get two steeps out of it. Which is nice considering how much tea I just used. It also gives some information on the flavors I should get from the tea. I always find it funny when I’m given information on what I should taste in a tea, because I almost never have the same or similar tastes in my teas.

The loose leaf did not smell very floral or fruity to me. Instead it smelled more earthy like a pu-erh tea. This could perhaps be due to the organic fertilizer the farmer used when growing the tea. It isn’t a bad smell at all. In fact I really like it. Two and a half minutes later I was almost ready to take my first sips of tea. Steeped the tea smells more like a malty beer with a hint of olives. Weird right? I don’t get it either. It isn’t bad, just different and I tend to like different! The taste? I do get a little of the fruity taste promised on the package. I also detect a little honey and hops/malt to it too. Plus the taste of olives. I’m not sure why olives, but hand to kettle I’m tasting olives. Lucky for me I love olives. I’ll say it again NOT all tastebuds are the same. So you may taste sweet potatoes were you to try this tea. Big bonus there is a really clean finish. Meaning there isn’t any leftover taste in my mouth like I have found with other black teas.

Too long didn’t read….I liked it. I don’t know that I would buy more of it only because I have so much tea already (another reason I joined Select). But this isn’t a MUST HAVE for my tea cabinet.