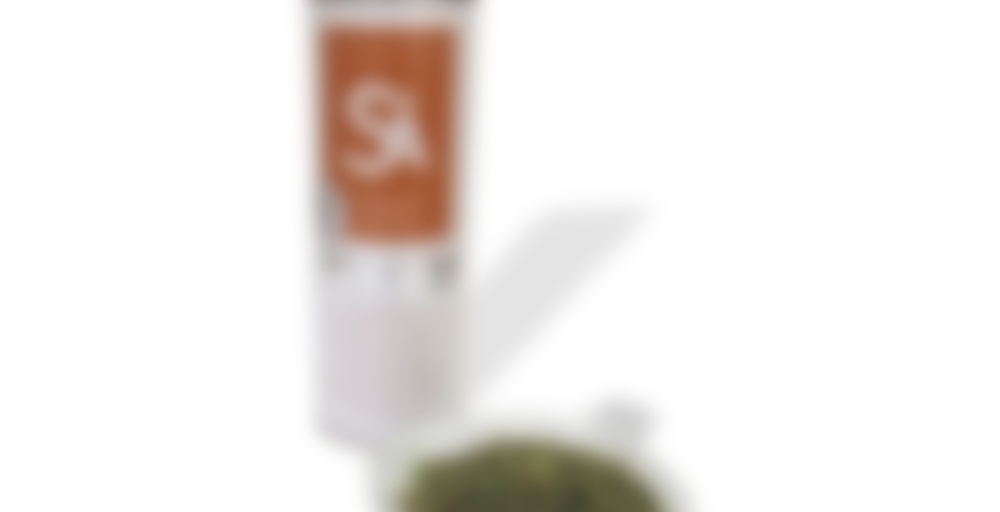 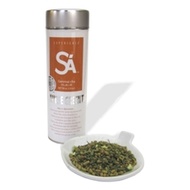 by Sugimoto America
81
You

A smooth roasted flavor ideal for serving guests, enjoying with good friends or for everyday indulging.

Genmai Cha radiates inviting taste perfection that delights and warms your senses. Developed about 70 years ago, Genmai Cha is quite famous for its unique roasted flavor. Its distinctive smooth and mild flavor come from a harmonious blend of young tea leaves, roasted brown rice, and powdered tea leaves called Matcha.

Enjoy this gourmet green tea with a balanced flavor of green tea leaves and brown rice. Our Genmai Cha flavor is never dominated by the roasted rice. The subtle touch of Matcha (the ground tea leaves traditionally used for formal tea ceremonies)bestows a natural sweetness, as well as a satisfying sheer green color to your brewed tea. We use only the finest Matcha grown by an artisanal tea company with a 70-year history.

Picked this up at my local Japanese market and I love it. The tea comes out this bright green and the notes of roasted flavoring from the brown rice blends really well with the matcha. A very mild manner tea that would go perfect with some food or just a nice cup to unwind with later in the day.

Years ago I tried Genmai Cha and didn’t like it, but now my tea tastes and brewing habits have changed. I’m pretty sure I would enjoy it. :)

You should also try blending grain teas with different teas as well. It’s definitely similar to genmai cha but you get to control the roasted flavoring however you want. I recommend trying some Buckwheat tea with a sencha to start and the blend as your heart desires after. I like a stronger hint of roasted flavoring.

I’always wanted to try Buckwheat Tea, & I really enjoy Sencha. Have you ever tried Soybean Tea? It was so good-so sweet with no sweetener. Then I’d eat the soybeans-usually plain, but sometimes with just a little sugar or honey. It was rather filling, & a good light lunch. :)

For buckwheat tea, I recommend getting this: http://www.teao2.com/puripan-loose-leaf-herbal-tea-tartary-buckwheat-35061.html
I love Puripan. They used to have a shop open near my house but they closed… :( Luckily I can still find their teas online!

Thanks Anna, I’ll try some soon {bookmarking page}. My Soybean tea is really hard to find, but there are other sources out there, probably are similar.

I’ve been fairly ill lately, so I’ve cut down quite a bit on drinking caffeinated drinks like I was doing. Right now I’m limiting myself to two cups of tea per day, instead of the quart and a half or so I was drinking previously. Geez, a quart and a half per day! Crazy!

That said, this tea makes it fiendishly difficult to exercise any form of restraint. It’s amazing! It’s the only tea so far that has beat out Constant Comment and Lemon Zinger as top dog in the race for my tea affections. And those have nostalgia behind them!

My first experience with genmai cha was with Adagio’s blend, from their samurai sampler. I liked it quite a bit, but the bitter finish from over roasted rice was a touch off putting. This one doesn’t have any bitterness at all, even when I oversteeped it (2 minutes) experimentally to see what would happen.

At first glance, I’ll admit I was nervous. This blend has matcha, so everything inside the tin is green, green, green. You can sort of pick up the scent of roasted rice, but olfactorially it’s mostly all about the green tea.

Scooping it into the tea basket won’t do you much good unless you already have it inside the teapot – the matcha goes right through. I tend to let my water cool in the pot before I add the tea leaves, so I had the filter basket on top of my (closed) laptop. Green everywhere! I really should think things through a bit more. Anyway, my fix to this was that I measured out what I needed into the lid of the tin, then poured it into the filter once the water was at the right temperatur. Easy as pie.

It brews FAST. I mean, this much is obvious from the fact that the instructions say to step 30-60 seconds, but it’s even more fascinating to watch. The green pretty much starts swirling out from the word go. I’ll expect the matcha is why. It’s a nice light jade by the time it’s done – not quite matcha colour, though. It’s less opaque.

And the taste! This is what I like to find in a green tea – vegetal, but sweetly delicious! I’m not a fan of the “saltier” seaweedy greens. The rice, which was a bit hidden in the scent, comes out beautifully. It works well with the green tea. And now I know for certain that Adagio’s version is NOT what a genmai cha is all about. No hint of bitterness anywhere.

The tin says to pour to the last drop, and they’re right to say so. As you get to the bottom of the teapot, the tea becomes sweeter and more flavourful. I love it!

One thing I haven’t had the chance to try is whether this resteeps. I have a little collection of ziplocs with genmai cha that I’ve only brewed once, in the fridge. After my little debacle with resteeping Lemon Zinger, I’m shy with all of the teas.

You should definitely rebrew it! But do it right away (after the first cup); you will get less of the sweetness from the matcha, but the sweetness from the rice (and if it’s good quality sencha, from that too) should come through. I’ve only had a little of Sugimoto’s genmai cha, but they have good stuff and I’ve no doubt it would steep well a 2nd time. However, if you let it sit in the frige or in a teapot more than a few hours, I can’t vouch for that….

Had a small one-serving pack from them. I may have not gotten to see how good the flavor could have been because I made cups for me and my wife (12 oz, when this teabag was probably made for 6oz or so).

I couldn’t tell Matcha was added because it was a very light color (usually the tea I’ve seen with Matcha added is a neon glowing green color). Anyway, it was very smooth, good…seemed like a typical Genmaicha, with apparently some Matcha added.

However, after 3 steepings (the first two had the most flavor), I squeezed out the teabag (the sample wasn’t loose tea), and a small amount of very dark green water came out. I tried that and it was so sweet and very delicious. If the whole tea had tasted like that it would have been amazing.

I’m going to refrain from giving this a number, since this one try I may have skewed things by ignoring the amount of water. But like I said, if the whole tea had been dark like the small sip I squeezed out of the bag, and had tasted like that…it would have been some incredible stuff.

I’ve not had a better Genmaicha. Holds up under rebrewing better than I’d thought it would.

I’m pretty sure I’m allergic to something in this tea, so I ended up giving it away. Too bad.

Quite possibly the smoothest genmaicha I’ve ever had. I’m definitely going to keep this one in stock.