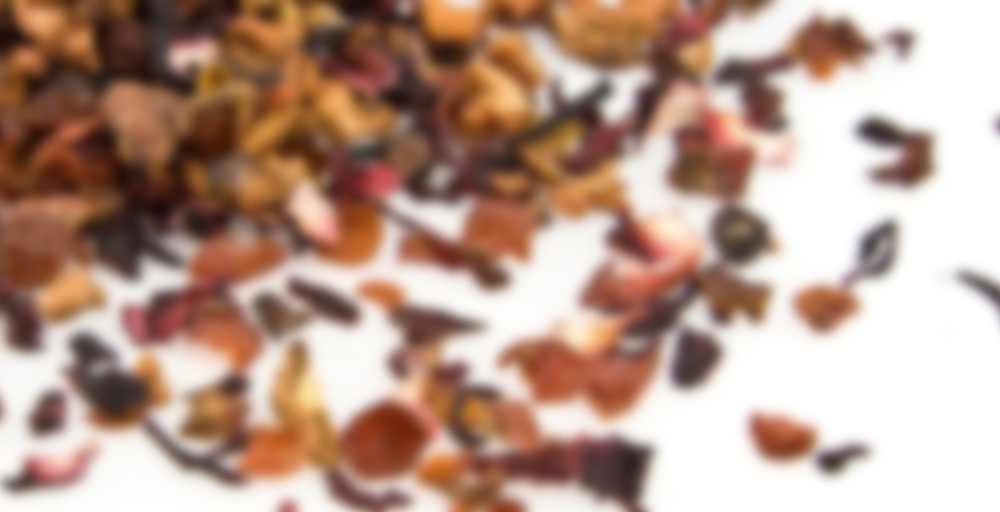 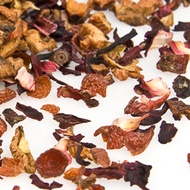 Velvety vanilla with summer fruit is a heavenly indulgence. Crisp apple and elderberry combined with the sweetness of vanilla spice and a squeeze of citrus to provide a crisp, tangy finish. A medium-bodied, gorgeously pink infusion that is a sweet treat and a decadent delight.

One of the only teas I would take on its own with nothing added. I’m usually adding milk or sweetener but this one is just so delicious as is, you don’t need to add a thing. It smells like mulled wine and tastes like a beautiful dessert. Would love to try it chilled also!

A sample from Memily! This one made my kitchen smell so gorgeous last night. If I hadn’t known it was tea, I’d have thought someone was baking some kind of vanilla pastry. I gave 1 tsp of leaf 5 minutes in boiling water. The resulting liquor was a fairly dark red, so I think I may have overdone the brew time a little. I have enough left to rectify this next time, though.

The initial taste is fairly tart — I’m thinking hibiscus, but elderberry could also be a culprit. At first, it’s all I can taste, but then the vanilla pastry I could smell in my kitchen starts to come through. The vanilla is so, so natural — vanilla beans rather than essence. The pastry note is light, buttery and delicious. There’s something a little shortbready, too. If it wasn’t for the initial tartness, this would be an amazing dessert tea.

I think I’ll try a shorter brew time for my next cup, to try and combat some of the tartness and bring out a little more of the vanilla-pastry-shortbread that has the potential to be so, so delicious. Thanks to *Memily" for introducing me to T2 — of the teas I’ve tried so far, I’m pretty impressed!

Glad to hear you’re liking them! Fortuitously for you, the company has spread its wings and has a store in the UK now! (London, of course, but that does at least mean local shipping for you now I think.)

Do they?! I’ll have to find them ASAP. I want MOAR!

On my 1st & 2nd steep i was ready to write this off as way too sweet, but with the addition of only a few pieces of “Just Ginger” it cut right through the previously cloying sweetness without overpowering and turning it into a ginger fruit variation.