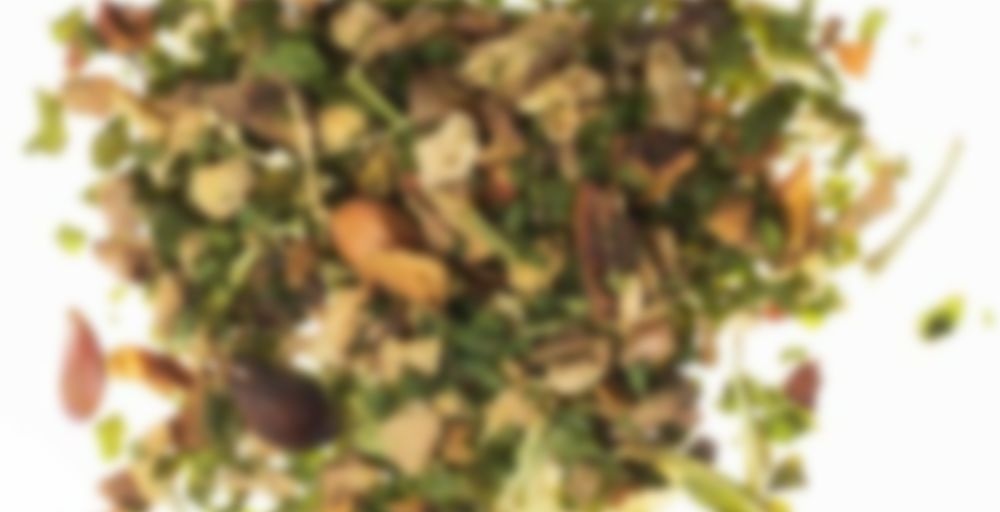 Kale, ginger and apple cross paths for a one-of-a-kind veggie hit that’s a little bit of sweet, a little bit of green and a whole lot of splendid. A garden of flavours that’s 100% certified organic and vegan.

Enjoy with: Perfect on its own.

Another of the “savoury” T2 blends. I thought this one sounded potentially sweet – in theory sweeter than the last one I tried, anyway. It smells super brothy, though…and is a little reminiscent of cuppa soup. I’m guessing it’s the kale…?

To taste, it’s definitely savoury – no liquorice here! – in the best possible way. The initial sip is quite salty, with a well-defined kale flavour. The ginger comes in second, and is a nice counterpoint to the vegetal kale. It adds a spicy kick that warms things up a bit. The apple is a little muted; mostly a kind of cidery flavour in the background. The kale is the star here, and deserves to be – I’d not have thought to put it in tea, since I’m used to tea being a mostly sweet affair, but it’s surprisingly delicious!

I’m not sure whether T2 sell this one currently, but if they do I’d consider buying a cube once my challenge is over. It’s a nice change of pace from dessert-style teas, and I can really see it coming in to its own after I’ve walked to work on a frosty winter morning.