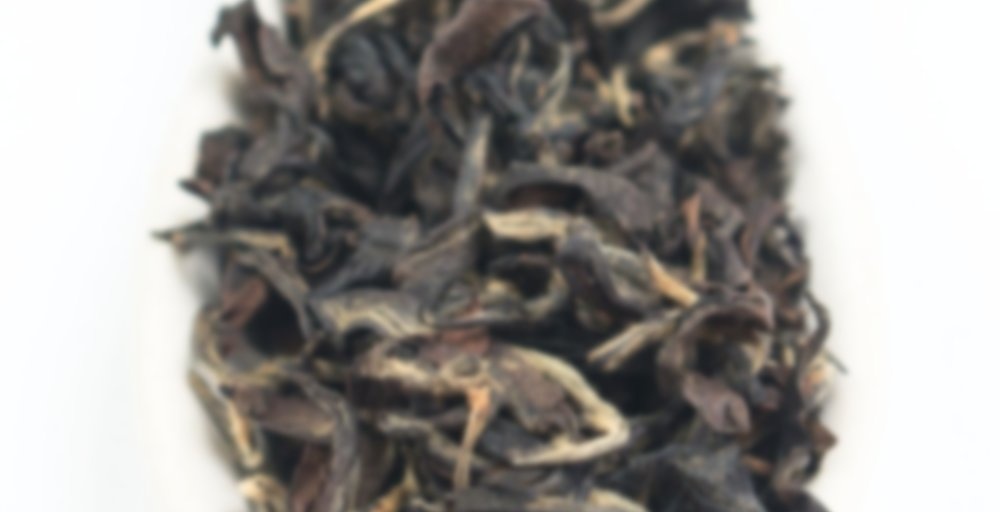 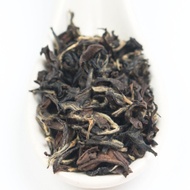 by Taiwan Sourcing
64
You

Dry leaf is a very typical Oriental Beauty. Small, multi colored leaves. Black dominates, with matte brown, and some silver hairy tips mixed in. Aroma is slightly musty with an undercurrent of sweet plum and wood. Steamed aroma is an exact match for Kaoliang Baijiu.

First brew shows a fair amount of age. Aroma has gotten sweeter, and mustier. Liquor is a dark amber. First sip is heavy on the must. It’s slightly too dank for my liking. Forgotten in a wet basement character, as opposed to a purposeful dankness. Buried beneath that is a burly dark wood note, some slight acidity, and a slight sweetness. The finish is dominated by must. Texturally, the liquor is somewhat middling. It’s neither thick, nor thin.

Second brew is a bit characterless. Aroma is barely present. Liquor color is darker. Taste is turning into a very generic aged wulong. All must, with hints of wood. However, a bitterness has entered the finish. I really hope that it doesn’t show up in forthcoming brews. I could see it turning this tea to brass.

Third brew continues this saga of disappointment. More bitterness is coming through. The rest of the notes are identical to the second brew.

I decided to do a quick, 5~ second brew this time. The dark wood note is now in open competition with the musty character of this tea. I’ll say again, the musty character tastes off. The increased prominence of the dark wood doesn’t improve the off taste. Its burly character interacts with the must in a way that is, frankly, a bit off putting. Having so many heavy, deep notes, makes this tea more than a bit monotonous to drink.

For brew 5-7, I decided to stick with quick steeps. With each steep, the tea gets worse. Dark wood, and dank must join hands with their new companion, strong bitterness, and trot forward into tea oblivion.

This tea fails on pretty much all fronts. It’s not a good aged wulong, and it’s not a good Oriental Beauty. What little character it has, I found to be either monotonous, or highly off putting. I frankly don’t think this tea has anything going for it.