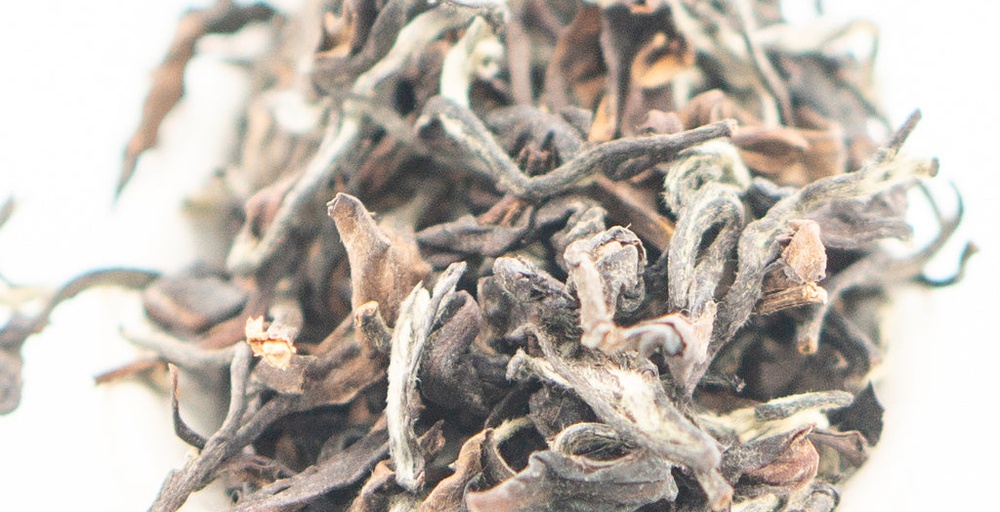 Before “Oriental Beauty,” the name of Emei’s specially processed tea was called “Fortune Longevity Tea” (福壽茶), a name from the traditional culture of Taiwan which could be very easily associated with the impression of funerals and death. As a result, people often mocked this tea as “Coffin Tea” (棺材茶). The locals eventually realized the name was damaging the image of Emei’s tea, and they need to come up with a new name to market this tea again. Finally, a guy who worked at local government (his last name was also Hsu) came up with the idea of “Oriental Beauty,” a name that will linger in the mind of tea lovers for the next four decades.

So what makes “Oriental Beauty” this special? What’s the real “evolution” of this tea then? As we processed the tea material alongside the masters for two days, we began to realize the mindset behind this tea when it was created back in the 1970s. We analyzed the background history of Emei area and the process of this tea, and the “true story” was even more fascinating than how its name was invented. This tea “Oriental Beauty” was truly a tea that could only be invented by Taiwanese in Emei, thanks to its glorious past.

Great Hsinchu, Taoyuan, and Miaoli area was once a prosperous place for tea exporting. The two most famous places of Hsinchu area were Beipu and Emei. Tons and tons of teas were being exported to the world back then from green tea to black tea. Some oolong teas were also being mass-produced at the time as well(that’s why we have our Barrel Ball aged oolong). With all these processing methods in mind and in hand, Emei producers were able to invent a new type of tea process during their downtime. This new type of tea processing eventually saved Emei producers from the ashes of the collapsed exporting market at the end of 1970s, and became the concept of “Oriental Beauty” we commonly know today.

We decide to give this tea its original name “Peng Feng” (椪風), which literally stands for “a windbag” in Taiwanese. This is a common name for more affordable Oriental Beauty in the current market, but never appear in our collection. We hope the fruit-like character of this “Peng Feng” will make you fall in love to the world of Oriental Beauty