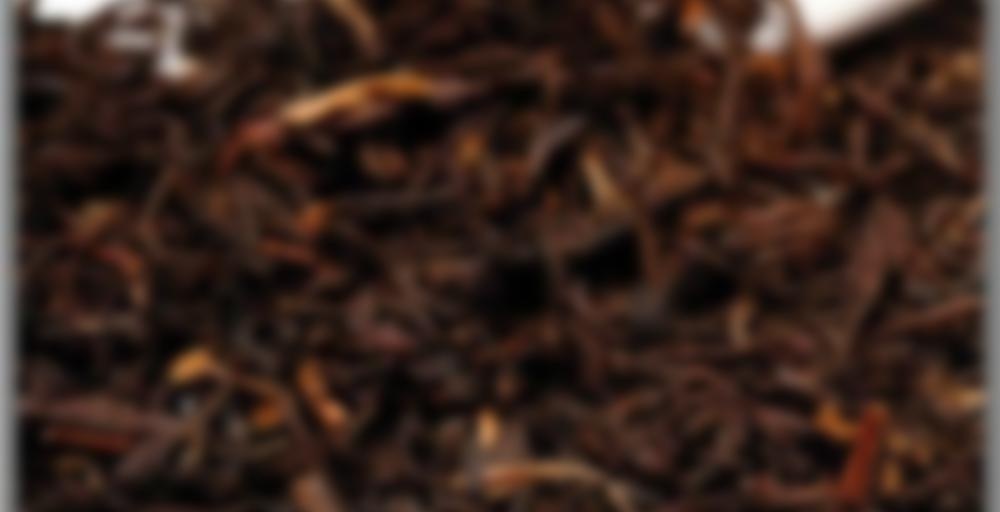 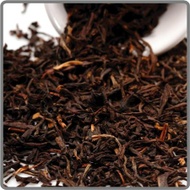 A smooth, pure black tea from the Kenilworth estate in Sri Lanka with bright notes of honey and fruit. Great as a breakfast or afternoon tea.

The dry leaves smell a bit like fruit-intensive trail mix. Not like juicy, fresh fruit, but like dried/preserved fruit, but with a little bready or cookie-like back note.

Pouring the tea into cups, there seemed to be a nutty smell going on but as it cools in my cup a becomes a bit more ‘default tea’-like but with notes of dried fruit. Also, there’s a whiff of dryness that brings to mind wine. Not that this smells like wine but there is a dry feeling to the smell that seems similar.

Taste-wise, it’s… not all that special. It’s smooth with a touch of odd astringency. I say odd because it feels simultaneously dry and sweetly wet. Ultimately the dry astringency wins over the sweet and ends up as the final taste/feel left in my mouth after a swallow. Slurping seems to increase and mix the astringency and wetness, making it wetly bitter, like off nuts from the holiday nut bowl.

Ultimately that wet bitterness makes me unhappy so I’m not a big fan of this tea. It’s not horrible but it’s not good and there’s no special taste in the tea to counteract the end wet bitterness. I’ll have to try it with milk to see if that gets rid of the bitterness because I think without the bitterness, it might be okay if still plain. A ringing endorsement, I know.

Gave the husband a cup too and he thought that it wasn’t up to the standard of some of the previous Ceylons he’s had but he thought it was pretty good. When I asked for more detail, he said that he honestly didn’t remember that much about it even though he had just finished the last swallow less than two minutes before. So yeah, not an overly special tea. That’s too bad.

Hee, I told you I’d be sending you some meh teas. I have a feeling that my rating on this is going to be drooping. I have a few other ceylons with which I need to get acquainted.

I actually found the smell kind of groovy but the taste? Not so much. But Ceylons are one type of tea that I just haven’t had much of so I like the chance to taste more – even meh ones!

Ah, ceylon. I didn’t grow up drinking black tea, and so this doesn’t really speak of nostalgia or anything to me. I think I might have tried one of Adagio’s ceylon teas at one point near the start of my getting into teas, but I just never bothered trying to get a baseline for this flavor.

So, I got my order from Tavalon in the other day, and I decided to pop this open.

It isn’t complex, but ceylon doesn’t strike me as a tea that is trying to be. It’s simply there. Some days, that’s what I want. I also think that if I EVER get around to playing around with adding things into my tea, this is the one that I am going to want to use.

It’s also nice to know with certainty that this is what I’ve been tasting in all of those flavored black teas I’ve since had, and I now feel like I might be able to pick it out of blends more easily.

This order also marked the arrival of my brand new tea stick, which I used to brew this. YAY. As we currently don’t have the ability to review tea ware, I’m just going to write a couple of thoughts on here.

1. It’s pretty solid. I’ll admit to thinking that the mesh sliding part would be a little flimsier, but I was pleasantly surprised to open the plastic cylinder to discover some pretty solid construction.

2. It recommends just scooping the tea out of the tin, but I’m not really sure on the logistics of this quite yet. It’s a bit unwieldy as a scoop, and if I eventually begin weighing my tea out like I think I will, I won’t be able to do that anyway.

3. The holes in the mesh are rather big, and the chamber is obviously more limited than a pot or a basket infuser, so that limits the kind of tea I’m going to be able to use it for. It’s not big enough to let, say, an oolong expand. And any teas where you notice small bits would not be ideal for this.

4. It’s rather long, so the hook at the end is currently of no use to me as it’s longer than any mugs I use are tall, but it’s not something that gets in the way or anything and it was a thoughtful thing to include.

Anyhow, I really like it. And when using it to brew this tea, it worked splendidly.

Boiling 5 min, 0 sec
Yours I Like This
4 likes
3 comments
Edit

Some sort of mix between a tea spoon and a tea ball, sounds like?