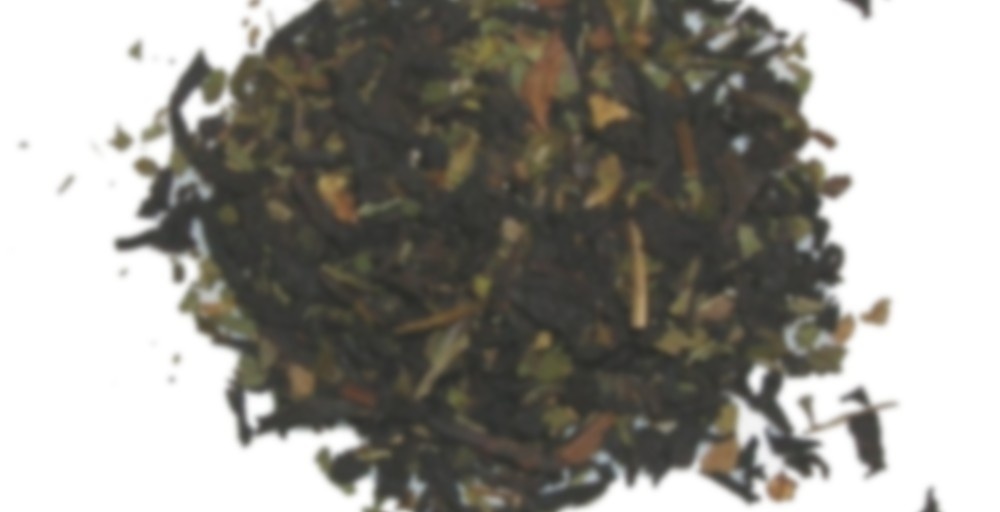 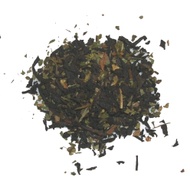 I made this once last week but didn’t pay attention so I couldn’t write a note. Then for a change of pace, I made a pitcher of it cold.

It was really quite good cold, except that some of the mint leaves are small enough to be able to slide through my strainer, so it was leafier than other cold brews. So much so that no. 1 asked if it was ok to drink the leaves.

As a hot tea, it is heavy on the mint, light on the ginger, and ultra light on the tea. Mostly what I see, taste and smell, is mint. I can taste the effect of the ginger. I say effect because it’s more a cutting into the wall of mint than a flavor unto itself. I don’t taste black tea at all.

So I’m torn here because the flavor is very minty, and its a nice mint. Not a mouth full of dirt or bitter as some mints can be. And it tastes natural, not like a Tums. On the other hand, I hoped there would be more to it. Ginger and mint together can be a really nice blend, but the ginger isn’t strong enough here. And I can see why the other reviewer said they don’t really consider it a black tea so much as an herbal.

So balancing out the very nice mint with the disappointment on other fronts, I’m giving it a low very good.

I want to check this tea company out, but Google says “it might be hacked”??

Bummer. Not sure what that means. I wouldn’t risk it until they clean it up, though it could just mean some spammers have changed the HTML on the page to advertise Viagra (which happened to kid’s elementary school site once).

The thing that first attracted me to Tavalon was their name, which is sort of the same idea as Teavana.

Not what I would classify as a black tea although I received this in a black tea samples’ box.

I’d consider this an herbal tea.

Not one of my favorites.