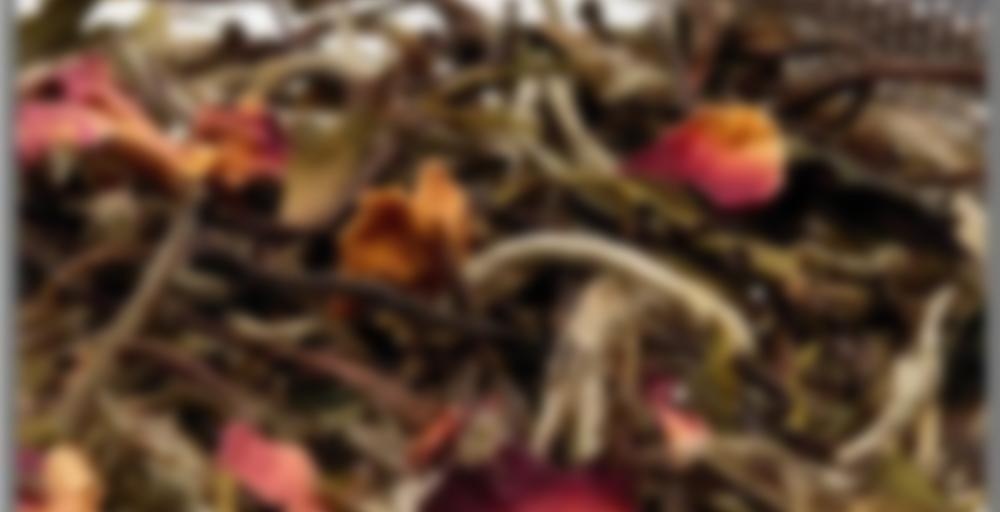 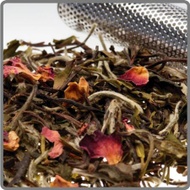 LiberTEAs thank you so much for letting me sample this one!

This has your typical tropical scents but I’m smelling more of a cucumber aroma overtop and more in the forefront on this one. It’s very interesting and very refreshing to sniff.

All of the flavors ‘play nice’ with eachother and nothing is too overpowering. It’s nice island type taste and it’s pretty yummy. I’m drinking hot but think it would be good cold, too.

As it cools for a few I am smelling a little bit of a banana smell which scares me because I hate bananas but we will chalk it up at the blended tropics crossing paths or something. It doesn’t taste like banana – thank fully!

I thought I’d brew some more of this so that I could sit down and write a review of it for the Tea Review Blog. This time, I used a little more leaf, as the last time I had this I felt that the tea was a bit softer than I wanted. I feel that this tea definitely benefits from a little extra leaf.

The flavor is nice. Certainly not my favorite white tea, or even my favorite tropical tea, but it’s still pretty good. The pineapple and coconut seem to meld very well here – almost to the point where it is difficult to discern one from the other… rather, they seem to become “one fruit” if that makes sense.

This is a unique, interesting, soft, delicate flavor tea with a sweet, delicate aroma. I just subscribed to the Tavalon Tea of the Month and this was one of the first two teas I received (the other is Peachy Oolong). As someone else wrote, the pineapple and coconut do seem to meld together and in a pleasing way. I tried it as is and also then added 1 tsp of organic agave nectar, which seems to bring out the pineapple and coconut in quite a pleasing way.

I do like this tea a lot. It’s not my most favorite tea ever that I’d want to drink every single day, but it’s quite good and I’ll drink this whenever I want a light, tropical tea.

I reread the label on this one and discovered that Tavalon recommends using more leaf than I was. Sort of. They recommend two teaspoons per 8 oz water.

I’m using a spoon that’s a bit larger than a teaspoon and I tend to use heaping (or at least not level) teaspoons so I’m actually using more than a teaspoon. But just for fun, I put in twice as much tea as I’d been using, same amount of water, same temp and same steeping time. Then I threw it in the Timolino and drove to work.

I really didn’t notice a difference. It didn’t seem twice as strong as it was yesterday, although there might have been a bit more of the underlying tea. But the fruit and coconut flavoring wasn’t stronger.

Still liking it as a commuting tea, though.

Yours I Like This
23 likes
7 comments
Edit
keychange
Delete

Popping in to say that I’m a heeper too! a shameless one. More tea!

Depending on the tea, sometimes you just have to. It can make such a difference. Something that tastes insipid the first time and can really come alive. I find that a lot with the Teavana herbals. I also think that many companies just routinely say 1 tsp/8 oz.

I like playing around with quantities but I have to admit I get annoyed when I get home with a tea purchase and only then read that the recommended amount is 2tsp instead of 1tsp. I can be ridiculously scroogey sometimes and it feels like I’m being ripped off?

I started loose leafing with Silk Road, and they commend 1 tsp per 16 oz. Using 2 was a big adjustment to make!

Yay for heaping! Carol, with the Teavana fruit blends you have to put in twice as much as you would ordinarily. I pretty much do that automatically now on the first try. Mem, I would probably feel that way too if I wasn’t up to my ears in tea, but I’m sort of secretly relieved when I find out I could be using more since I’m in sipdown mode. ;-) OMG, did you find 1 tsp per 16 oz enough? I have some Silk Road teas in my collection, I should see what they say.

I tried this tea after dinner at Buddakan in NYC. It was very nice, floral and clean.

Mmm, the fruit and floral flavors blend well with the white tea. I was worried at first, because the smell is heavily fruity, but the flavors balance well.

It’s very smooth not bitter at all. However coconut flavor and smell is very overpowering. You can still kind of taste the pineapple and rose but all flavors are kind of lost to the coconut flavor.