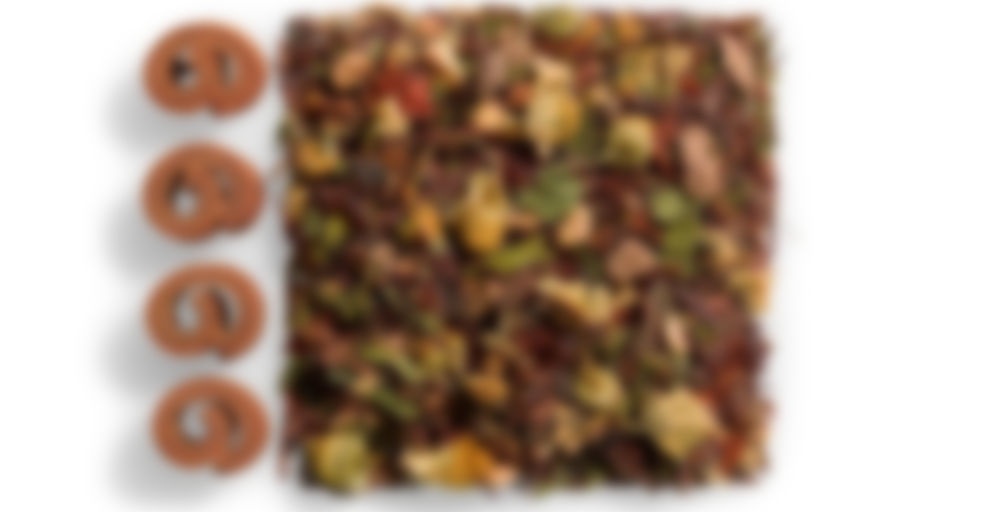 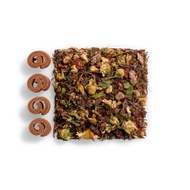 Cinnamon takes the lead as tangerine—timid at first—joins in. Orange cuts in with a scandalous squeeze, then twirls wildly away toward spicy ginger and rose hips swaying seductively in the shadows. It takes more than two to tango on this sultry, clove-starred evening.

Wow, had to add this tea in! First time doing that. This is the first tea I am trying out of my first traveling tea box! :)

I think it was a good first choice. This tea is definitely heavy in cinnamon, it is VERY bold and spicy and I love it for that. Not quite used to the level of spice, it takes some getting used to, but I won’t fault it for that. This needed no sugar for me at all, it already has a sweetness to it that matches the finishing spicy edge. Very hard to get the citrus in there, due to the heavy cinnamon, ginger, and cloves. Overall, I like it.

Tangerine Tango is the reason why I have been shunning the new Oprah Chai chez Starbucks. It, too, boasts cinnamon as its number one ingredient. The overall effect of this tealess blend is similar to that of what I call “spice cabinet chai”, which always seems like an infusion of random spices thrown together. I prefer my chai to have a substantial black tea base—preferably Assam. Some of them (including, apparently, the new Oprah offering) are much more about cinnamon and cloves, etc., than about tea.

So, too, with Tangerine Tango, which is completely misnamed, in my opinion. Tangerine? Really? To me this is a big cinnamon infusion with a fair dose of clove and some ginger plus a variety of other stuff thrown in for good measure. Or not, as I do not find the proportions very pleasing. This is one of the Tazo teas which I don’t mind is about to be discontinued (if it has not been already). It’s just not my cup of tisane or tea.

You tasted Vitamin water, right? To me this is essentially Cinnamon Water, but instead of 10% of the RDA of some random vitamin, there are few other weak flavors as well.