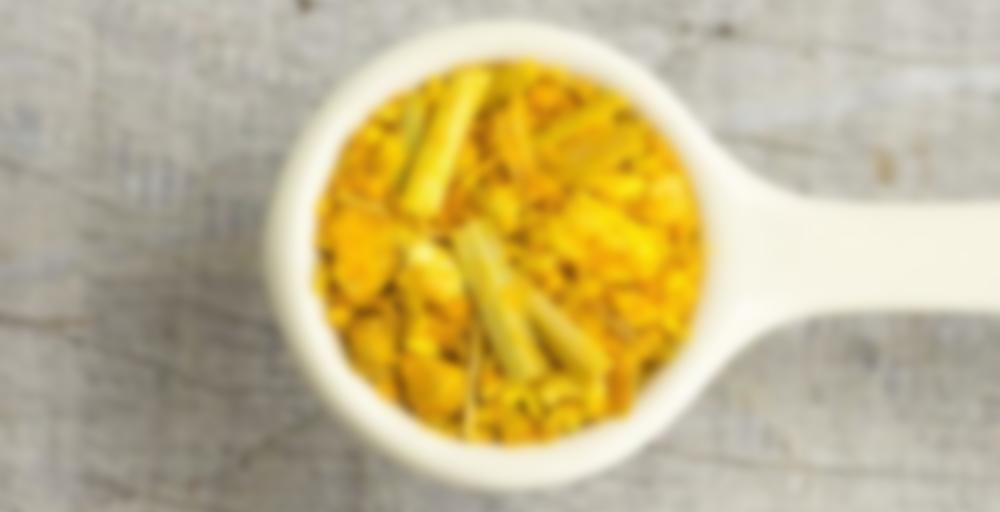 100% handcrafted with love and devotion – we’ve yet to find anything quite like it!

Some drink a cup of tea because it’s delicious; some because it’s healthy. But when it comes to our golden chai, most enjoy a cup because it’s both full of flavor and good for you. It’s packed with an ayurvedic blend of organic turmeric, lemongrass, ginger, orange peel, lemon peel, peppercorn, freshly grated coconut flakes, and coconut oil. With a sweet, heavenly aroma and a wonderful balance between sweet and spicy, self-care is just a sip away. Organic. Non-caffeinated.

Dobashien No. 11: Genmaicha with Matcha - Nishiki

Much, much better as an oat milk latte. Used my new milk frother and made an absolutely wonderful latte, sweetened with honey, and sprinkled with cinnamon.

I love Tea Chai Te! I like to make this one with coconut milk; the coconut milk adds the sweetness and compliments the flavors really well.

I’m bringing the rating up on this one, because after getting to play around with this tea a bit, I’ve found a way to prepare it that works much better to bring out a sweeter profile rather than the initial extremely spicy one. The tea is no longer burning my mouth off and I have to say… I’m kind of digging this creamy golden latte.

While infusing directly in milk (from everything I’ve heard) usually isn’t advised, that’s basically what I did! One use of this stuff stained my gravity well infuser yellow, and it was extremely hard to dispense because it left a thick sludge on the mesh so the water couldn’t escape, so I was trying to think of ways I could make the tea that wouldn’t require the infuser. That meant using a teapot and pouring the tea through a strainer, or — since I wanted a latte anyway — I thought of simply making it the way I make cocoa, and putting the tea (which is mostly powder with ground spices and coconut) into my milk frother and letting it whip it up directly into the coconut milk while it heated the milk. Nothing gained without trying, right?

This time, I used one teaspoon of the chai, one cup of coconut milk, and a small dash of vanilla coconut creamer for an extra dash of sweetness. I leave the frothing attachment off my milk frother so it just stirs the ingredients and heats the milk, and I ran two cycles, so it was heating for about five minutes. At the end, it looked like a very creamy orange conconction! I put my strainer over my cup as I poured the milk in, and other than tiny bits of lemongrass making it into the cup (they actually looked like a garnish on the top) all the tea was filtered out and easily disposed. And the chai was now very sweet, without that extremely hot burning ginger aftertaste! Very smooth and creamy, some nice turmeric notes and some hints of spice, but overall a sweeter profile based more on the coconut in the blend. This is the way to go with this tea if you are spice-sensitive like me.

What particular frother do you use? My handheld one just broke and I’m debating between getting an electric one or another handheld.

It looks like the exact model I have is no longer on Amazon, but there are similar models to it. Mine was this one: https://www.amazon.com/Epica-Automatic-Electric-Frother-Heater/dp/B00I8WFKR0/ref=sr_1_4?ie=UTF8&qid=1525055261&sr=8-4&keywords=epica+milk+frother

It is an electric frother, but it is not handheld. You put the milk into the carafe, and there is an attachment inside that goes onto a spindle. There are two pieces, one is a flat plastic piece that simply mixes (which is what I always use, great for cocoas, matchas, and most things I just want stirred or whipped up quickly), and the other is the little wire “ring” you see on most hand-held frothers which can be slipped around the plastic mixing piece, which will actually make the milk “frothy” and airy (I personally don’t care for my milk to be airy and bubbly, so I tend to keep this piece off and stored away). There are also two buttons on the front: hot and cold. The hot cycle will heat the milk as it stirs/froths, and the cold cycle will simply stir/froth without turning on the heating mechanism, if you wanted to, say, make a cold matcha latte. I find it pretty handy!

This model is currently available, looks similar, and seems to have the same sort of features: https://www.amazon.com/Chefs-Star-MF-2-Automatic-Cappuccino/dp/B072W1MWDG/ref=sr_1_3?ie=UTF8&qid=1525055261&sr=8-3&keywords=epica+milk+frother

Thanks for all the information! Now the prices for them makes a lot more sense.