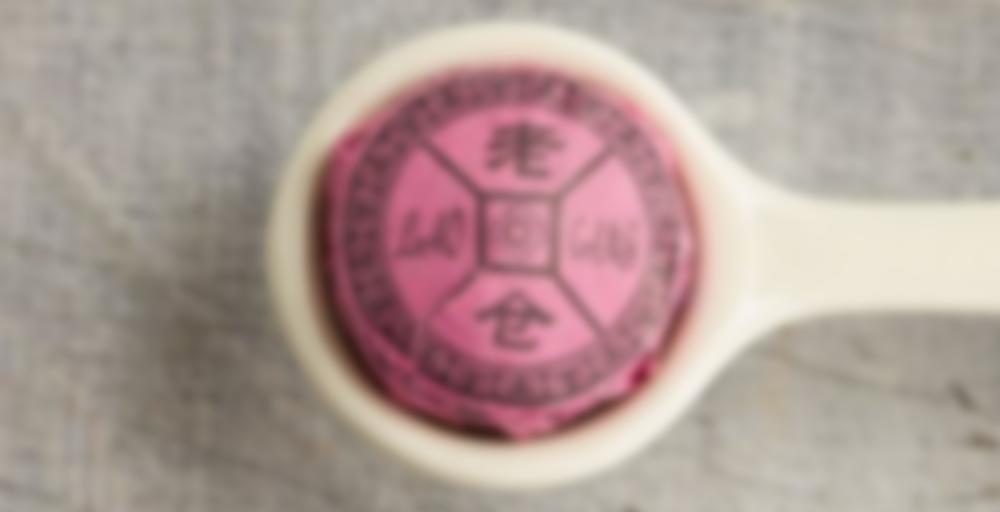 This Chinese black tea is a cooked puer scented with aromatic sticky rice. The resulting flavor is smooth, earthy and very pleasant, and goes well with a hearty soup.

The dry… pu-erh puck smells like sticky rice!
I brewed it western style, which probably isn’t ideal, but that’s my setup.
I like the flavor, plenty of sticky rice and some wet leaves. The sticky rice flavor really makes it for me.

Todd I brew my sticky rice pu erh Western as well. It’s one of my favorite breakfast teas.

I even use it to flavor white Minute Rice!

I may have to order some! I see Tea Chai Te doesn’t have this one in stock, but there are other sticky rice pu-erhs!

I read that! It sounds great as rice water.

Todd, TeaSource has these as well!

Todd I get mine from Mandala Tea. The herb that provides the sticky rice flavor is nuo mi xiang. Upton Tea carries this as well.

I’m migraine sick and since the nausea is doing a number on my appetite, I didn’t feel like much more than a bit of white rice for dinner. But then I got the weird idea that maybe I could “spruce up” my Minute Rice a bit if I used tea for the water that the rice sucks up to give it some flavor, and figured, what better to try this experiment than the Sticky Rice Pu-erh I have yet to try?

So I brewed up a cup of the pu-ehr, strained it, brought it back to a boil so it would be warm enough for the rice, added the Minute Rice, covered it and let it do its thing. My kitchen smelled heavily of the nuo mi xiang herb, and that actually did improve my appetite slightly. The rice was a nice tea color after it had sucked up the tea liquor, and it was pretty good, too; still tasted mostly like white rice, but I was definitely getting a sticky rice herb flavor in the after taste that made it quite nice. I think next time I’ll try adding a little salt to the tea broth before adding the rice, too.

I also resteeped my pu-erh leaves, since the little mini tuo looked like it still had a lot more to give and I was curious to try the tea as a tea as well. The cup had a slightly earthy mineral/metallic scent to it, as well as nuo mi xiang herb aroma. No hints of fishiness. The pu-erh itself was quite sharp at the beginning of the sip, with a very mineral-tasting lead, with this sort of warm, brothy finish of the nuo mi xiang herb that closes out the finish and lingers on the tongue afterwards. Later in the cup, I was getting a very subtle camphor flavor. I wasn’t sure how much I’d like it as a tea and bought it originally just to try as a rice flavor/ramen broth, but this actually is a really nice tasting cuppa. A little odd on the tongue at first, but the finish is so satisfying and relaxing.