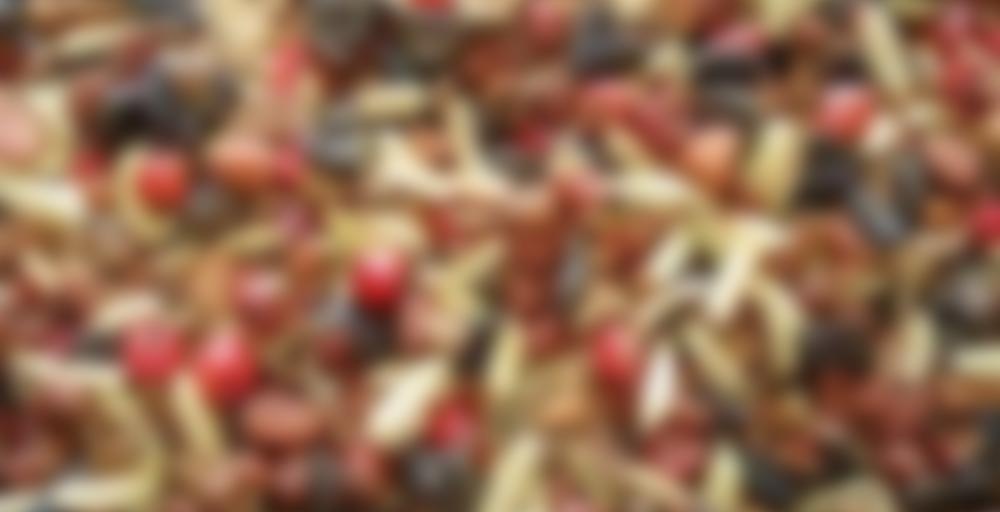 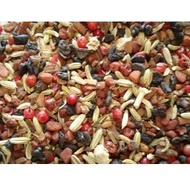 by Tea Desire
79
You

Cold Brewed in a few shots worth of Captain Morgan’s Spiced Rum.

This was ages ago; and I actually got the suggestion to brew this specific one with the rum from the Steepster Chat group. Strained it smelled not so bad; definitely spicey and Chai (lots of clove in the smell) with some way deep down fruitiness to it. Not sure if I can say specifically Apricot with any sort of confidence.

However, it tasted terrible. Like some sort of antiseptic or disinfectant. The first tiny sip I kinda choked on, and then I had Tre (my roommate) try a sip after saying I was “such a baby”. He immediately ran to the sink to spit it out. I did, however, finish it off eventually! I pounded it back and then immediately pounded back a mug of milk as chase. And then I of course rubbed it in his face.

But yeah; sorry beloved Steepsterites – this was a miserable miss that I wont be repeating.

EDIT: Oh yeah, I got hiccups immediately after finishing this one too…

Apricot chai sounds like the best thing ever… :P

I’ve had it before many times (I have a tin of it, Carol) – the 84 is my ranking for it based on just drinking it straight/normal. It’s not usually this bad. I just left the prior rating.

Oh dear. That sounds quite unpleasant.

Do you like the rum straight or was it the tea that contaminated the whole thing?

I’m not the biggest fan of the Rum when it’s straight, but I find it drinkable. This was definitely a hell of a lot more awful, though.

this is a smelly tea that gives me a headache lol so it’s been lockewd away in a tupperware container since kittenna was kind enough to let me steal a sample haha.

This is…..interesting lol I actually wish the smell wasn’t so intense because i think? it’s a blend i’d really enjoy drinking. it’s just hard to tell since the smell is telling my taste buds conflicting things.

This is a sweet blend with just a hint of chai spicey flavour at the end of the cup. I would drink this again but for the smell of the tea that I just can’t get past. It’s quite delicious.

If you kind of like this one, I think you will be happy with your Mango Chai :)

Thanks to Kittenna for this interesting chai! At first I thought it was a tea-less blend, there are so many giant chunks of spice in there, but indeed a few gunpowder leaves unfurled in my infuser.

The weirdest thing about this blend is how it’s quite light in some aspects—the green tea is almost ethereal, barely there. The apricot is faint and adds a nice background fruitiness, though I don’t know if I would identify it as apricot if I didn’t know what it was. The spices, however, are quite strong. Mostly the pepper, and there’s quite a bit of clove as well.

I decided to add a splash of cream once I was down to about a third of my mug (hey, it’s a chai!) and man was THAT a mistake. It tastes like pizza. No joke, straight up cheese pizza in my cup. This should be good for a second infusion, so it’s not a total disaster!

Odd floral note in here that tastes really artificial. Where is it coming from? I otherwise really like this, a nice sweet chai blend, the apricot is quite lovely, however this fake perfumey whatever-it-is ruins it for me.

This one reminds me of Apricot Jam and Ketchup Chips – and this is probably super weird to say, but I love that about it.

Oh! What a great flavor profile. I just need to get rid of the floral notes and I’d love it as much as that description.

Thanks for the sample Kristaleyn!
What an interesting chai. I quite like it. The first cup anyhow. The second one… well it was missing something, though I’m not sure what.
The green and chai spices mixed well together, into a surprisingly warming mix. I assumed that it would be on the lighter side. Not that I mind!
There is a mild apricot like taste, so mild that I can barely taste it.
Pretty good overall! Only… I wouldn’t want this every day. Just once in awhile.

Yeah, it’s a once-in-a-while sort of chai for me. The fruitiness makes it interesting though :)

I agree! Definitely a “mood” tea

So this is… interesting.

The apricot in this tea is definitely the foremost flavor that I can taste. Following that trails in just the wisps of pepper and clover, with ginger and a hint of fennel coming in at the end.

A unique and flavorful take on a chai blend. It isn’t my favorite by any means, but they definitely get two points for a bold take on new flavors. If you like fruitier teas, and a little less cinnamon in your chai… this could be for you.

I on the other hand, want cinnamonstrosity ;)

Yup, this one was from me too :P It’s definitely not a chai in the traditional sense, I agree.

This is a very interesting chai. Thank you for the sample Krystaleyn!

This is the first time I’ve had a Smokey green. The smoke flavor is delicate and plays against sweet apricot and pepper nicely. Ginger and clove are well balanced in this cup. I’m getting a bit of fennel at the end. A very nice cup.

Backlog from Friday. Still a great twist on the classic chai! Kind of fruity, and pretty spicy. Hopefully it retains this flavour for another couple years, because I still probably have 175/250g of this one to get through. (Not a purchase I made!) Definitely good for a reinfusion or two as well, although the pepper really starts to make it spicy if infused too long!

Thanks to Roswell Strange for this one.

The sample I have of this one has a lot of fennel seeds in it. It smells strongly of fennel.

There is definitely a chai taste, but it is very strong in fennel. There were a lot of pink peppercorns in the mix, so I was worried it would be too peppery, but it was actually not too bad. There is a very light taste of apricot, which is quite nice with the chai. I am getting a bit of a metallic taste with this one, the same I have gotten with some of Tea Desire’s other blends. Overall, it is a good blend, but a bit heavy on the fennel for my taste.

This tea smells like Christmas fruit cake (the good kind) full of cloves and other spices. The flavour of the chai spices is distinct but mild with cloves in the forefront along with a bite of black pepper and the heat of cinnamon and ginger. It’s a very ‘warm’ tea and perhaps it’s the memory of fruit cake, but it makes me think of winter and Christmas. I do wish that the apricot flavour was a bit stronger – as it is now it’s more of a sweet fruitiness in the background, though it works well with the spices.