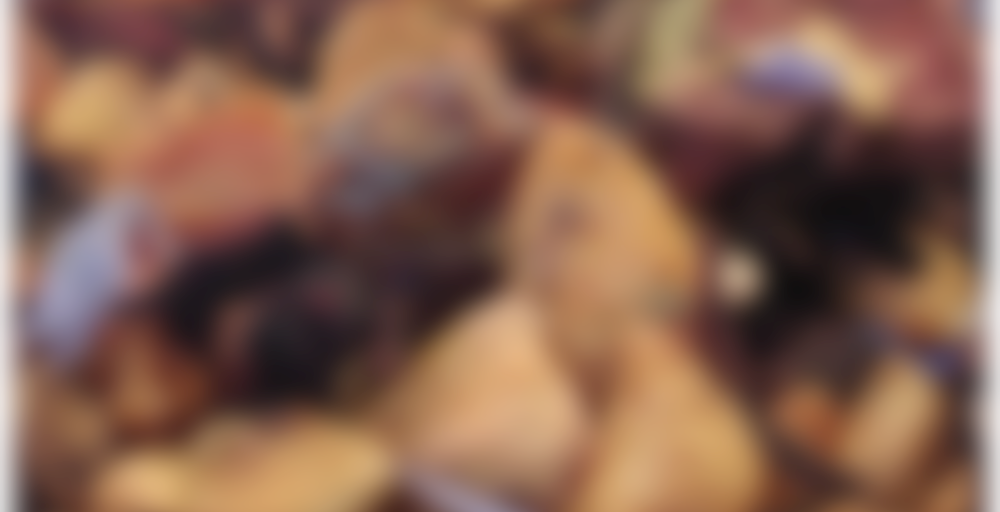 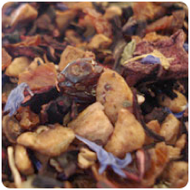 by Tea Desire
60
You

Haven’t quite put my finger on things here. There’s a vague vanilla aspect going on in addition to the dark red fruit. That’s all I’ve got so far.

Day 9 of attempting to stop drinking caffeine after three. Mostly failing at this. However, aiming at reducing the hours of caffeine consumption is propelling me towards caffeine free teas that have been neglected. So there’s that kind of progress.

Grabbed this one in store iced; the sales associate actually kind of warned me against it saying it’s probably the worst fruit blend the store caries and her least favourite and, well, for me that’s basically like issuing a challenge. I just had to try it and really see for myself.

Admittedly, the dry leaf really doesn’t seem promising; it’s very intensely tart and sour and I’m struggling to see how the blueberry or cream are going to be playing into this. I actually couldn’t believe there isn’t hibiscus in this; the smell seems so hibiscus-like!

The taste is actually better than I was led to believe it would be though it’s not really ideal either; it’s like sour blueberry candies. For me that’s a negative; I’m not into blueberry unless it tastes very natural, and to make that claim about this flavor would be a stretch. It’s got such a sharp, tart taste, as well as some rather apple-y notes. I still don’t get how there can’t be hibiscus in this blend – the taste is there! The colour is even indicative of hibiscus; it’s got that bright redish pink hue. To be fair, it is pretty obvious that’s from the beetroot though.

There’s something else that’s off about this blend; for a blend which has ‘cream’ in the name that flavor is very absent. Even looking at the ingredients list, there isn’t really a single ingredient that could be construed as creamy. I also think it should probably be a rule that when you’re trying to make a creamy tea you DON’T include beetroot. Unless, of course, it’s a ‘beetroot and cream’ tea, in which case the beetroot is probably pretty essential to accurately capturing the flavour.

The name of this blend is simply, and painfully, inaccurate. The taste itself could be worse; but there’s lots of room for improvement, and alongside a bad name it’s just a bit of a flop.
Yours I Like This
10 likes
0 comments
Edit

Tea Desire, what have you done to this tisane’s soul? I don’t think too many people would want to drink beet juice. I took my first sip before even checking the ingredients. When I got beet juice, I thought I was losing my mind. I mean, geez, other tisanes have had beets in the past to give it the colour, but I’ve never ever tasted it. This tastes like cold borscht.

Beets are great and all, but I wish I tried this before I forced myself to drink the bottle of Sobe I bought on sale. That blueberry one or whatever. Tasted horrible, like pure sugar. Their drinks suck now. Anyway, I’m sure if I mixed it with this, it would have calmed down the sweetness of the Sobe and covered up the beet taste from this.

Don’t let the smell of the dry leaf suck you in.

The first line. :P I actually love beet juice haha! But not when it’s disguised as Blueberry Cream tea. I have an issue with tea names and flavours not matching up.

The dry tea smells berry and creamy, however.. yeah… once brewed up it’s pretty tart and not creamy tasting. It’s a very red tea from the beets. I’m not too impressed (I’m not into tarty berry teas) and I probably won’t finish it.