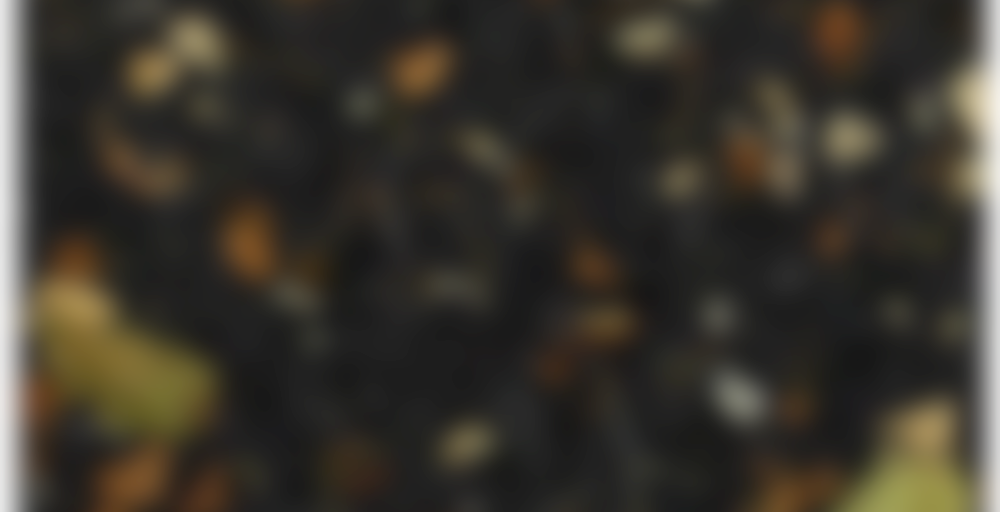 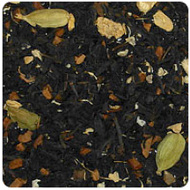 by Tea Desire
78
You

SIPDOWN! Yay for smacking small dents a little at a time. I’m working from home today so I’m hoping I can get through a few more of my samples today as well as enjoy some old favourites :)

Enjoyed this one while I had it, though there are other chais out there I now prefer :)

Another from Krystaleyn! I got a ton of chais in our swap which has me all excited, since chai is pretty much my #1 tea love. I decided to start with a basic one and work my way up to fancy flavors. It’s a wet, cloudy day and I’m home alone, pretty much perfect for some warming & spicy tea.

I made this with honey and almond coconut milk, and oh my! This is an excellently balanced chai: there’s a little bit of everything going on, and no spice really takes over. Clove, ginger, cardamom, cinnamon and peppercorn are all there, playing nicely with the black base. This isn’t one of those POW spicy blends, but it’s not mild… I think it falls nicely between bland and overwhelming. Nothing fancy, but a solid and delicious basic chai.

I could have sworn I liked this post before. Anyhow! Glad you’re happy with me sending a bunch of chais! I like all the ones I sent. This one was from my now ex-bf’s mom at Christmas; she gave me a 250g bag. O.o So much chai to finish… (She also gave me 250g of the Apricot Chai, which I think is neat!)

A lovely sample from Kittenna! thanks, it’s pretty good!!
It’s not often I find a softer chai like this. With milk and sugar, my cuppa was mild and yet punchy all at once. The cloves and ginger don’t overtake everything either, which I was kinda worried about.
I wonder what the base tea is.
It’d be awesome to have it in my cupboard for those days where it is just what I’m craving. BUT I don’t love it enough to go out and purchase a bunch.

aww thanks Kittenna! Maybe like 25g, as I’d never finish a whole 50 before it went stale. I need to find new tins as well heh

Thank you Kittenna for sending this sample! I do have a special place in my heart for chai. It’s one of my first tea loves.
This particular chai is pretty mild. I usually prefer my chai to be strong on the spice since I pretty much always dilute it with milk and sugar. That’s just how chai was meant to be had! Though the spicing is light, the flavors are all there. cinnamon, cardamom, cloves. yum! The black base is smooth and mellow. Very tasty indeed.

Yeah, this one’s best without additions, because it just doesn’t seem to be strong enough to take them. I liked the spicing though!

Ah mine too – how now I long for Autumn!

Iced chai is quite good as well. :) no need to wait for autumn. Though there something about a hot tea on a cool day.

There’s nothing more soothing than a nice cup of chai on a chilly autumn day when you have a report to write up for class. This tea has that sort of comfortable familiarity when I drink it – it isn’t anything unusual or extraordinary but that doesn’t mean that it isn’t a good cup of tea. The spices are nicely balanced, though the cardamom stands out a little bit – which I enjoy. I could see myself stocking this as a staple in my cupboard.

Well… now I know with 100% certainty that my tasting notes are not all here. Or, that teas have been deleted instead of being merged, or something. Because it was me who gave pretty much everyone here this tea, and I know I wrote notes on it, rambling on about how I have 250g of this darn tea. How incredibly irritating. Makes me really want to copy-paste everything offline, since Steepster has been so unreliable.

Anyhow, steeped a bunch of this to make a pseudo latte with skim milk. Added some maple syrup, discovered that my maple syrup may be going bad (REALLY. I didn’t think that was possible. FFS.) but drank the tea anyways, and it was alright, but not spectacular. I think I should mix some of a strong lapsang into it next time. I love smoke with chai.

(Also, I am very grumpy not only because of this notes-missing realization, but because I was so excited about popping a cob of popcorn in my microwave tonight (picked it from a local farm about a month ago when we were getting pumpkins), and the damned thing pretty much caught on fire in the microwave 1 minute and 44 seconds in to its 2.5-3 minute nuking. I had to panicfully grab a bowl of water, grab the corn with oven mitts and throw it in, watching sadly while it smoked and fizzled. So the whole freaking house smells like smoke (because I am NOT opening windows when it’s minus a bajillion out there), and I got no popcorn. AND because of the weather, my boyfriend didn’t drive over tonight for supper, so I had a pot roast all by myself. And no snuggles. Woe.)

Sometimes they’re not there and then they are….but yes. Frustrating

Boo, I’m sorry about your tasting notes and the corn.

Sorry everything went wonky on you. Hope things are much improved today.

Thanks guys! It just so irks me when things are gone when they shouldn’t be. Also, popcorn. mourns