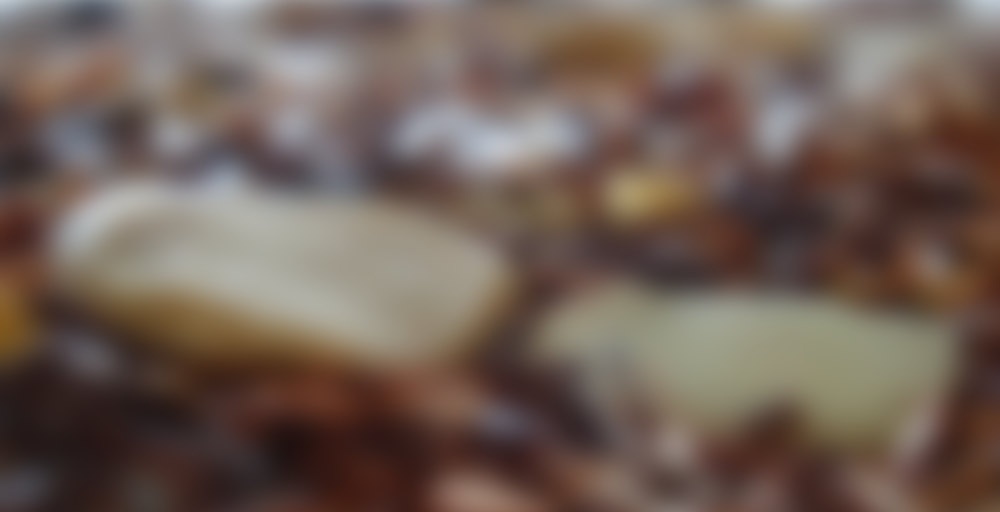 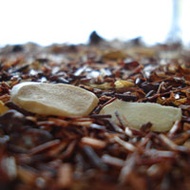 by Tea Desire
71
You

Too much rooibos, missing the kind of flavoring that I love. Any flavoring, really… I just got almonds out of it. Which is cool and all, however the predominant flavor I got (when I had it, a few hours ago) was rooibos. Boo.

There was just enough left here for a single cup. I don’t know how old this is, but it’s a little bland. It’s sweet and a bit nutty, with a definite taste of rooibos. The rooibos is a little medicinal, but not too bad. Nothing too remarkable

Before we left Tea Desire, I got my third Tea To Go for the day; I felt so judged by Kristina. At this point, I’d had two super caffeinated things so I felt the need to offset that so I decided I was going to be having rooibos.

I told her to pick out one that sounded like it’d make a good latte, and she actually picked Strawberry Cream but the sales person actually highly advised against getting it; and I’ve learned that if that staff advise against something usually to heed their warnings since 95% of the time they’re taught to recommend EVERYTHING, or at least give everything its own little spin to make it sound good (my DT friends have totally fessed up to having to do this – they’ll avoid saying things like “I don’t like it” and instead say “It’s very fruity/floral/sweet/etc.” or “Blank who works here really likes it”). So when they advise against it, there’s usually a good reason and they’re being super blunt/honest with you.

So I went with Kristina’s second pick instead; this one! It was good – thought not mind blowing. It was definitely very smooth and silky from the milk, and I’d say more heavily chocolate than almond but it’s possible the milk was just drowning out the almond. Some marzipan sweetness poked through though! It was almost a little floral too; I swear I picked up on some rose notes.

So I sipped on this one while we walked over to Chapters to go browsing, and so Kristina could pick up the most recent copies of the European metal magazines she reads. I’d never actually been to this Chapters; there are a couple in Saskatoon – and this is the biggest one I’d seen. We had a fun time looking around; and then of course I got sucked in by the little ‘tea station’ they had set up.

The had lots of Tea Forte, some bags of loose tea from a company called Pluck (never heard of ‘em, but there wasn’t anything exciting) and lots of tins of sachets from Harney & Sons – I was very excited about the Harney, but turns out they didn’t have either of the two I’m looking to acquire more of; Wedding Tea and Soba Cha. I was very tempted to buy something anyway because I desperately want to own a Harney tin (they’re so pretty!) but I couldn’t justify getting 20 sachets of something I just wont drink.

It was fun though! And after that we bused back to my place…

It taste familiar not sure what from.

Bitter sweet almond, I defiantly taste rooibos and it made me thirsty. Maybe that is why I would rather drink a cup of hot water.

Someone said it taste better iced and sweetened. So, I decided to cold brewing it overnight and see how that goes.
Edit: This does taste good iced, It did not give me that thirsty feeling as much and it was sweet enough for me so I did not add any sweetener. I do love almond and I’m learning to enjoy rooibos. Thanks MissB

This tea did not really taste like chocolate or almond. It just tasted like the rooibos tea. I doctored it up with sweetener and creamer. It tasted better, but there are much better flavored teas out there. I guess I just expected a stronger flavor out of this tea.

Another sample from MissB, ty! This rooibos is very red rooibosy tasting, with a hint of bitter dark chocolate. Not really picking up the almond, yet I saw them in the dry leaf.
I’m digging the chocolate flavor, though unfortunately I’m not a fan of red rooibos if I can taste it. Though, this rooibos blend is less watery than most rooibos tea blends.

My cup got cold while I was mucking about on videogames and I found this blend gets a nice creamy texture.

One of my favorite teas. Rooibos, chocolate and nuts. What’s not to love?

This is a lovely light tea. I’ve tried it a few times now, both iced and hot and I think I can say that I prefer it iced with a little bit of sugar.

It’s a sweet tea with a bit of a nutty flavour. Really makes for a lovely drink.