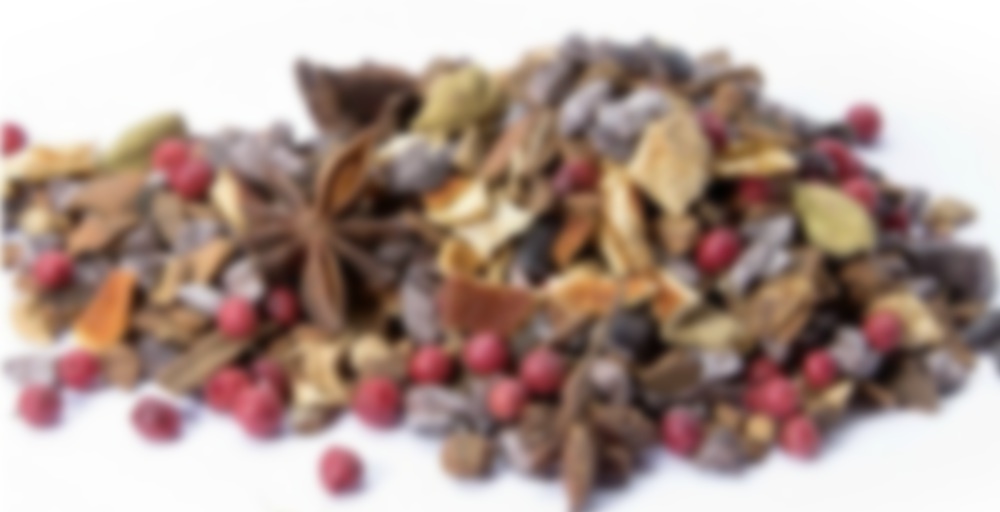 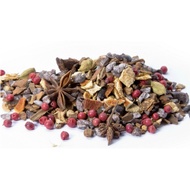 by Tea Desire
60
You

All ingredients from organic cultivation.

Why did I rate this so highly before? It’s a strongly flavored anise/licorice chai, with little chocolate in it. I still quite enjoy it, however it’s no longer as spectacular as I thought it was. Reducing rating.

Damn, this one seems to get mixed ratings. I’m curious to smell it in the store.

I can send you a sample if you’re far from a store. Very licorice smelling, with a bit of chai spices. I’ll have to try it again soon to see if maybe I did something wrong. Initially, I loved this.

MissB very generously shared some of this with me and it was definitely a flavor experience. It is so bold and flavorful. So many different spices are playing around on my tongue. Unfortunately, I think I wish the game was done because something about these flavors are just not sitting right with me. I am searching for the chocolate that I know I smelled but I am just not finding it. What I am finding is pepper and licorice, A LOT of licorice which is not a flavor I enjoy.

This was definitely a tea experience vastly different from any other I have had before. Thank you MissB for sharing but I think the sample you sent me is the last time I will be drinking this tea and since one cup used the whole sample, this is a sipdown!

Woot! Glad it’s a sipdown. I also struggled with this one, whereas Dexter enjoyed it more than we both did. I hope the others I sent are more to your liking!

I had Fruta Bomba today and that was quite good. I am still trying to get around to the others.

Ummmm no I didn’t like this one either – it was the Organic Chocolate Chai by Naked Teas Galore that I didn’t mind. :))

Dexter everytime I try chai, I think of you. In my mind you are the expert on all things chai :P

LOL I don’t know about expert, but I have a LOT of them in my house. I have a discontinued sample that I LOVE and am hording, I keep buying them to try and find one I like as much. Lots of misses, a few good ones, but none that are as good as THAT one. If you ever want chai samples – let me know…
Pumpkin teas are the other one I have LOTS of….

I have not had much luck with chais (except, of course, when infused into banana bread). I do like DAVIDs Pumpkin Chai though, although that may have more to do with my love of all things pumpkin than my love for chai. Also, I have two chais from Caesarstea that I picked up that I am excited to try – one is coconut and the other came recommended by the saleswoman and smells fruity with some spice.

Too many teas. :$ Well, I guess we’re all in the same boat on this one then. Lots of other Tea Desire teas I really enjoy. Just not this one.

I like Fruta Bomba, I found it really refreshing in the summer.

I’ve been toying over picking this up in store, so I’m glad to be seeing all the reviews on it. These three misses are definitely making me feel better about not getting any and instead trying other Tea Desire blends :)

Thank you MissB for sending me a sample of this teea.
I’m not a fan of anything licorice, so I did pick out the two star anise pieces that there were. Even doing that, I didn’t like this at all. I’m not even sure what it was, but it seemed really citrus acidic with strange spices. Sorry, but this was just awful. :(( I only drank about half the cup, no sorry couldn’t do it. Thanks for the experience, but this one is a miss for me.

Tea Desire opened a new store in Kelowna which I’m glad of as it’s close to me and I visit there a fair bit. It’s in the same mall as the Teavana *shudder * store and I’m not sure how they’ll fare in such direct competition with such a big chain but I’m happy to have an alternative.

I picked up a bunch of one-cup samples to try and this is the one I got when I picked one out at random to try today. It’s essentially a spice tea with added cocoa nibs and orange peel, but it has a nicely-balanced simplicity to it and despite being all spice it doesn’t taste harsh or overwhelming at all. The cocoa notes stand out the most as well as the licorice flavour of the star anise – although the latter might just be because my sample had a whole big ‘star’ in it. It also re-steeps very nicely too without losing much of its flavour.

While I do find that I’m missing the body that a black tea base gives a chai, I’m still pretty happy with this one.