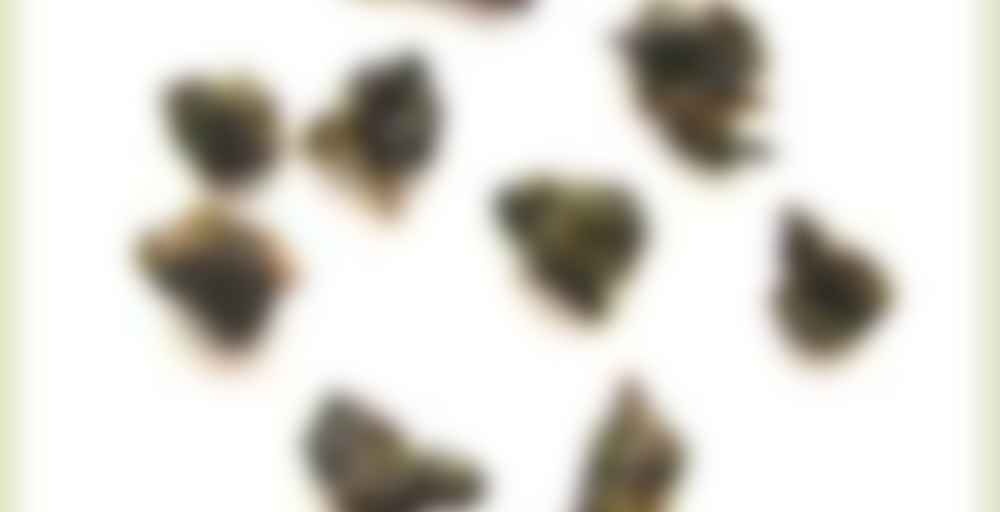 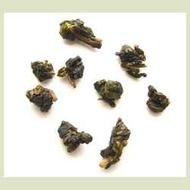 by Tea from Taiwan
87
You

From Tea from Taiwan

This premium-quality oolong tea is grown in the Li Shan mountain range at an altitude of 2400 meters. The climate of these high mountains is ideal for growing fine oolong tea. The cool air and high humidity produce a tea with full, robust flavor and long-lasting aftertaste.

The brewed tea has an exquisite aroma and brews to an appealing amber liquor. The leaves can can be re-brewed many times while maintaining a full flavor.

Tea grown on Mount Li (Li Shan or Pear Mountain) is the most prized oolong tea in Taiwan. It is ideally suited for gong fu style brewing.

About Tea from Taiwan View company

Everything K S said I agree with! Right down to the geranium note!
This almost reminds me of a genmaicha with its toasted popcorn flavor.
This is a keeper!
Too bad the sample is gone.
And yes a HUGE THANK YOU to Tea from Taiwan for this sample.
Full review on http://sororiteasisters.com/ on the 24th of November.

I don’t know how you all pinpoint flower notes. The best I can say is that it’s floral. What does a geranium smell like? Aah! I guess I need to do some more flower sniffing. Can someone please lead a class on floral aromas in tea?

That is a really cool idea. For me its due to making natural perfumes for many years AND the fact that I buy my daughter flowers at the market at least once a month sometimes more. I love flowers – trust me I have a LOT to still learn and would love to take a class! To me though it would be like trying to explain colors to someone online without using pictures. Now, get out and smell the flowers lol

Haha, I don’t even know what geraniums look like. I’m doomed! Or I could use google. whatever. :)

LOL you need smelloputer – that sounds gross – a scratch n sniff computer is what I mean haha!

growing up, my neighbor had geraniums on her back porch. They always had a kind of prickly smell. I googled smelloputer and dang it I couldn’t locare one :)

oh good! That means I can control what I smell. :D

KS, if you could invent this, you’d be rich! Do it!

LOL I knew someone had done something with this at some point – need to go read this. Thanks!

I sipped this without additives and it is the single most buttery almost popcorn flavored tea I have tried to date. Really exceptional. By mid sip it blooms with a short floral blast. It literally comes out of nowhere. Just as it almost reaches a point where it would concern me it just disappears, fading into something akin to the smell of a geranium plant mixed with the taste of dandelion. The aftertaste is lingering green oolong and floral. Ok, the more I sip the more I am sensing a spice flavor. I believe it is nutmeg or something that I associate with squash pie. What a ride!

I added sweetener so see how it would respond. I must say this is the exception to the rule as far as my tastes go. It actually tastes so delicious without the additives that I wish I hadn’t tampered with it. Trust me, that seldom happens. I love my Splenda but not with the first cup of this wonderful tea.

Almost forgot – sample provided by Tea From Taiwan. Thanks!

This one really surprised me. The dry leaf doesn’t really have any scent.

Mmmm, this is now on my list, great review!

This is a lovely oolong that delicately balances floral and buttery notes. I sometimes find oolongs that are more flowery to be a dangerous gamble and they often can come across as too overpowering or with slight smell of rotting. This oolong however is incredibly fresh and tastes like a freshly plucked meadow, very nice.

Tea from Taiwan is a company that I’ve known about for a while but passed over many times until a couple of weeks ago when I was out of new options for Taiwanese oolongs and this generic named vendor was the only one left. They had a sale on samples and I bought two sampler packs. The Feng Fu sampler which contains teas from the typical high mountain regions of Taiwan (Long Feng Xia, Ali Shan, Shan Lin Xi, etc) and the Da Yu Ling and Hua Gang sampler, consisting of these two super premium teas.

Hua Gang from the description is a tea grown in the Li Shan mountain range. I don’t know if that technically makes it a Li Shan but I used Li Shan tea as a comparison point. The dark green leaves were rolled into large nuggets and had a sweet orchid aroma. When dropped into a heated gaiwan, the aroma becomes buttery and sweet corn like. Following a rinse, the leaves turned emerald green and delicious aromas of vanilla, custard, and flowers wafted out.

The tea began light and fresh with notes of sweet pea and lily of the valley. The body became thicker and the florals more prominent starting with the second brew. I picked up notes of lilac, honeysuckle, citrus, and green apple along the way. There were a few times when grassiness and a slight astringency crept in but overall, pleasant floral tones and a lingering sweetness dominated throughout the 6 or so steeps.

My sample was 7g so I only managed 2 sessions with this tea. The first time, I brewed it following my usual method for oolongs: water temperature starting at 190 F, gradually increased to boiling and steep times of 50s, 40s, 50s, 1m, 70s, 90s, 2m, and 3m. The tea however peaked a little early. The next time, I steeped according to the instructions on their website which recommend cooler water temperatures (185 – 195 F) and steep times of 30s, 45s, 1:30, 3 minutes, and 5 minutes. This brought out a lot more of those lovely floral top notes but also a touch of astringency, nothing off-putting though. Decent endurance however I received fewer infusions from it than other similar gaoshans.

It’s been a while since I’ve had a good green oolong and really enjoyed this sample. After my Taiwan Sourcing disaster, I was worried about how this order would turn out. Thankfully, this one had been sealed properly in oxygen-free packaging and tasted very fresh.

Well, then.. this tea! This was part of a gift bag of tea samples that Bear With Me gave me back in 2015 (I still need to reciprocate). It’s such a delicate tea that I would’ve been tempted to chuck it if it weren’t for the vacuumed sealed package, with those little “fresh” preserves.

Even given the age, this is one delicate tea. I left it for over an hour at one point and it still came out tasting like flower butter (no astringency or bitterness). The flavour profile did not change much from one steep to another but it’s probably not fair to judge an old tea on how dynamic it is.

10/10 would pick up more of this type of oolong (need more Li Shan goods). When I finally eliminate all the junk tea in my cupboard, I will resume my oolong exploration in search of the perfect butter.