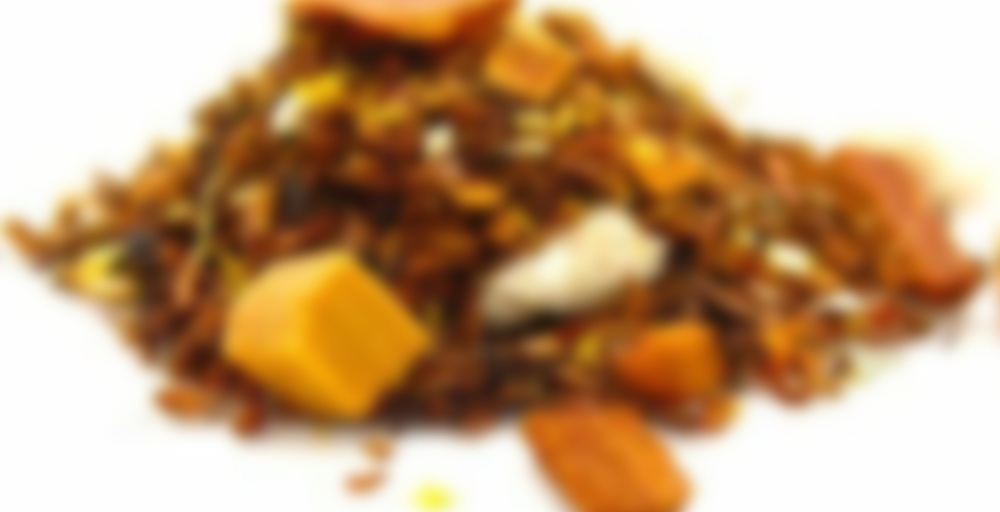 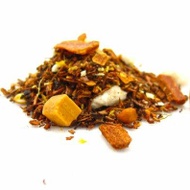 This autumnal blend of genuine pumpkin pieces, sweet potato, freshly hand-milled fall spices, roasted sweet brown rice, and organic South African rooibos provides a wonderfully warming seasonal dessert tea that is perfect by itself or with a splash of cream or milk.

There is a store across the street called Lollicup. They mostly are known for their boba (sp?) tea, but they also offer loose leaf. It isn’t kept well, but it is cheap. They get their tea mostly from Adagio and Tea Guys and a lot of the teas are only .25 cents more than what I would pay online, so I don’t feel too bad stopping in. I wasn’t quite prepared for a fall of mostly caffeine free. I am running dangerously low on options. I ran across a few rooibos and honeybush options at Lollicup when doing our mid week banana run today.

This is okay. I didn’t mind it as a latte. There is some spice and there is a weird taste at the beginning that at first I wanted to call tobacco, but after sipping a bit it was probably nut? I do not get pumpkin out of the blend, but I know that is a really hard flavor to get right. This is okay. I think I will drink up the rest of the ounce I bought, but I would not buy this again.

Is it a chain? Or do you mean from your visit?

I think it’s a chain. I never went to one in Kansas City.

I got 72 hours with this teabox, so I’m chugging what I can. This one is quite nice – pumpkiny smooth, spice, sweet, nutty and creamy. Apparently there is candied peanuts in this so the flavor is very unique to a pumpkin spice tea. The only thing I don’t like is there is a stevia sweet aftertaste, but probably because I don’t like stevia. I am also at the bottom of a sample pack, and from my experience on stevia’d teas that weird sweetness seems to be stronger at the package crumbs. The rooibos is fine in this and the blend isn’t watery.