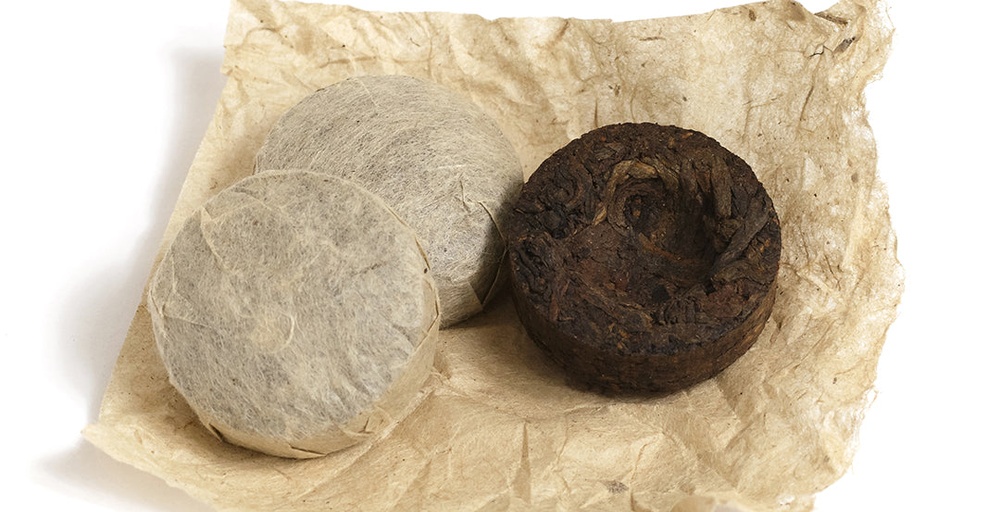 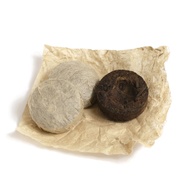 by Tea Runners
70
You

This traditional style ripe pu-erh is a blend of vintages ranging from 2-4 years in age. These small Ancient Tuo Cha (meaning “dome shaped”) pu-erh cakes are perfect for single-serving size and should be enjoyed all day with multiple infusions.

Each subsequent infusion reveals the complex personality this tea hides under its powerful earthy smell: a little sweet, a little savory, and very smooth with notes of dark mocha. A tremendously soothing tea.

I’m pretty sure this is wholesaled from Rishi – they carry a Tuo Cha style under this same name, and I recognize several of the other pu’erh blends on the Tea Runners site as Rishi catalog offerings, like the Pu’erh Ginger and the Vanilla Mint…

I only point it out because I actually tend to really like the pu’erh offerings from Rishi; they usually feel so well balanced and the quality of the tea leaf itself is really good for wholesale. I’ve not tried these tuo cha direct from Rishi, but assuming (and that feels like a safe assumption) this is the same… it’s not good, and that caught me off guard.

For starters, the leaf itself is so finely cut/mulchy and light that it didn’t actually sink in my mug when I attempted to brew it grandpa – something pretty shocking for a compressed style pu’erh like this. So, I ended up having to basically use my front teeth as the filter for the leaf as I drank – definitely annoying. The taste!? Not off at all, but pretty boring. Not the standard I’ve come to expect.

Yeah, this was a miss for me.