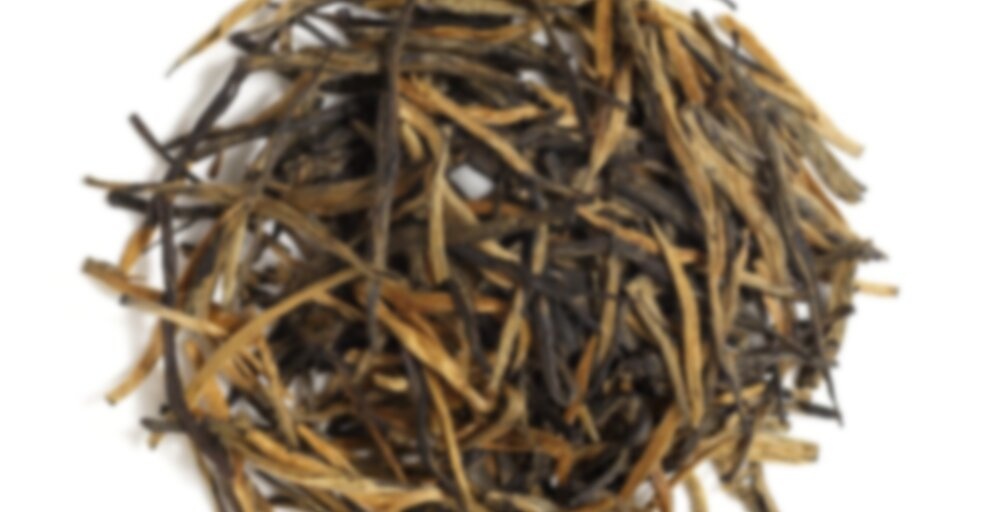 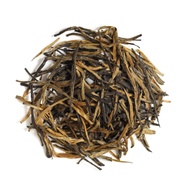 by Tea Runners
80
You

Assamica Gold Needle is a pure assamica tea from the world-famous Yunnan region in China.

Rich, bold, and sweet with notes of dark chocolate, malt, and baked goods. It might even remind you of a chocolate chip cookie!

The flavor is very sweet, but there is a slight mineral astringency to counter it. The depth and thick viscous texture of the tea and the heavy sugarcane aroma makes for a delightful experience.

I received this one as part of a gifted subscription box from Tea Runners – so thank you for the tea! It’s truly stunning with long slender golden leaves that do, truly, look like needles. Some of them even have a bit of a pointy edge, as well!

The dry leaf aroma smells really interesting to me – there’s both a deeper but yeasty bready note (like rye?) and a sweet fruitiness to it, but also sort of a chlorine smell? I tried to think of how to describe the note of chlorine in a way that wouldn’t potentially sound unpleasant (because I mean it as a positive), but I couldn’t think of one so I’m just calling it straight out. What I mean by that, though, is that it has the aroma you get from a distance of fresh & clean pool water – as someone who swam a lot as a child, that’s something that I personally find to be a deeply nostalgic and comforting aroma.

The taste is fairly dissimilar to the aroma – the bready notes translate into more of a light sweet bread and there’s more of a gentle malt and cocoa note. The package describes the tasting notes as somewhat like a “chocolate chip cookie” and I see what they were going for with that – though it’s not the same richness/sweetness IMO. The basics of the flavour notes that comprise a chocolate chip cookie are there though. Also, I have to agree with Random in that there’s something rather mineral to the cup. I enjoy it and I actually like they nuance it brings to the baked and cocoa elements.

Ever have one of those days?

Yesterday something in my left hip area went boing, my knee buckled and I ended up on the floor. Its only luck that I still have my cane for my right ankle that made it so I could get up and get back to my desk. Climbing the three steps to get into my home last night was really painful.
Then this morning I had physical therapy.
I’m dealing with a bug that the developers can’t reproduce, but everyone else can.
And I just found out my husband is loosing his health insurance coverage come the end of the month.

If only I could just curl up in a position that doesn’t hurt, drink this tea, and wish the rest of the world away.

So sorry, and praying for better days for you soon!

Hoping your days will be better.