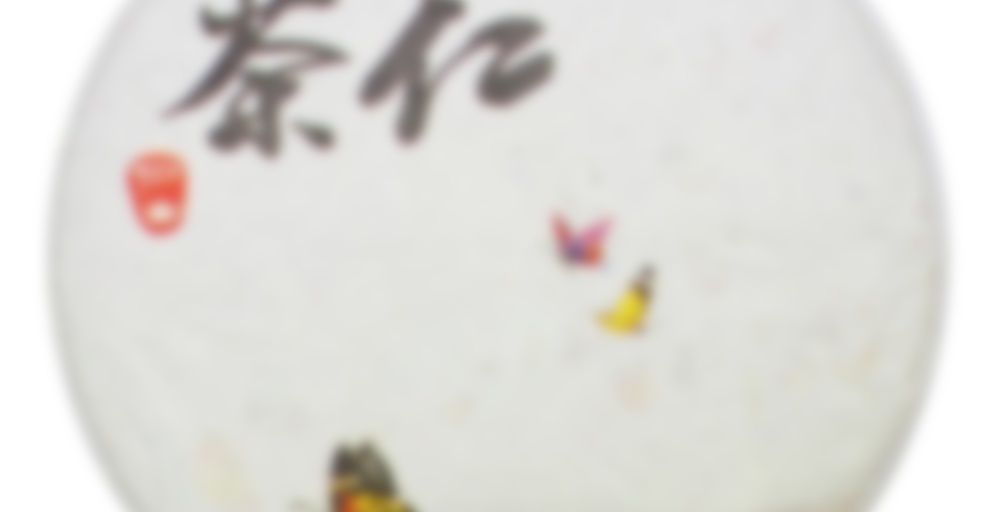 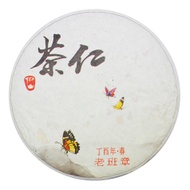 by Tea Urchin
--
You

A supremely enjoyable, easy to brew, authentic Lao Bao Zhang. The gaiwan lid presents a strong aroma of barnyard, bamboo matting & preserved veg, finishing with brown sugar & bubblegum. The tea is light honey amber color, deliciously thick & silky, with a malty base and mild “ku se” bitterness that dissipates quickly. Huigan is noticeable from the 5th infusion, aerating the tea in your mouth amplifies the sweetness. The quality is obvious. Look out for the powerful cha qi, it made us rather tea drunk & breathless. The empty cup has a lingering floral scent, topped with brown sugar & fine cocoa powder.

My 50th review! What better way to commemorate this occasion than by drinking some Lao Ban Zhang? My sample consisted of one large intact chunk off of the cake along with a much smaller piece about the size of a large coin and then plenty of loose leaves at the bottom to round off the weight. I ended up using the smaller piece and nearly all of the loose bits to arrive at nine grams for my 130ml gaiwan, not wanting to bother with breaking apart the large chunk. The leaves have a very interesting blueish gray tinge to them when dry. The wet leaves at the end of the session were chiefly intact and the leaves themselves very rugged. The leaf quality is good.

I did my customary five second rinse, sipping the wash while I gave the leaves five minutes to soak up the moisture. Because of the small amount of water and the mostly loose form of the leaves, the rinse was really strong with plenty of body, but I don’t really have anything to say about the taste at this stage. I proceeded to do ten steeps, the timing for these being 5s, 6s, 7s, 10s, 15s, 20s, 30s, 45s, 75s and 2 min.

The tea started off soft and really oily with a big body. In terms of taste it was light and sweet. While there was slightly more color to the second steep, the tea continued brewing up somewhat cloudy. There wasn’t all that much flavor yet, although a green, astringent edge was starting to introduce itself into the tea.

The texture became quite smooth in the third steep. The flavors continued being very light. There was now clear astringency to the tea which was also accompanied by some bitterness. The fourth steeping actually presented the tea at its cloudiest, although the soup did mostly clear up for the subsequent infusions. By this point the tea had lost most of its body while there was still some oiliness left. It exhibited a clean watery taste with some astringency. A mild, brief huigan could also be observed.

There was finally some more bitterness and astringency in the fifth steep, which transformed into very minor sweetness. The infusion that followed had a soft, smooth, creamy body. The taste was mainly bitter now. This was probably my favorite steep.

The next infusion was a half split between sweet and bitter. I also got an interesting roasted note in this one, along with some cardboard dryness. Steep eight is when LBZ officially entered easy-to-drink mode. The tea was soft and sweet with a satisfying mouthfeel. Interestingly while I did not taste any bitterness upon drinking and swallowing, there was a pleasant bitterness to the aftertaste that I enjoyed. Overall this eighth brew was probably my second favorite. Really nice and something virtually anyone could drink.

The bitterness rejoined the sweetness in the ninth steep in a very pleasing mixture. This along with the prior infusion showcased the tea at its best. The sweetness lingered in a very satisfying way and this was only enhanced by the subtlest of bitterness. Steep ten closed the session. At this point I could clearly notice the tea starting to lose steam and the bitterness had turned from desirable to undesirable, which seemed like a good sign to end the session there.

So how did the King fare? While often pretty good, no Lao Ban Zhang I’ve tried in the past has really been able to hold up to the ridiculous hype and the inflated prices. This tea was no exception. For me the tea didn’t have nearly enough bitterness nor was the sweetness pronounced enough to make up for that. While fairly unremarkable in the early steeps, interestingly the tea was at its best in the late steeps, which I don’t really recall happening with other teas. I expected this tea to brew a lot stronger than it did, especially given the loose form it was in, but instead the strength was very average. Also, whereas the Hai Lang Hao LBZ ripe hit me with a ton of qi, this one did not.

None of this is to say that this is a bad tea. It is still very young, so it may need some more time to start to shine. It could be that these teas are typically preferred to be aged, but I don’t really know what the general consensus is. There are some quality markers that I was able to discern, but overall I’d say that at least for how the tea is right now the price is probably around four times too high. Hardly any tea could live up to the price tag and let’s just say I’ve yet to taste a tea that could.

I have enough tea to revisit this tea again six months from now and again six months after that. I’m curious to see if I’ll notice any development over that span of time. For my tastes it would seem that if I want bitter tea, the neighboring Lao Man’e would serve me better.

Finally on an unrelated note to this tea, I compiled some statistics about the reviews I’ve posted and thought I’d share a couple of quick observations. First off, the split between raw and ripe pu’er is about 2:1, which is where I want it to be. About one third of my reviews are positive recommendations and the distribution is fairly similar for raw and ripe. Again, this is about where I would like it to be. While I didn’t need to look at the statistics to become aware of this, my hit rate with the Yunnan Sourcing brand raw pu’ers is quite good so far, across all price points. Conversely, I’ve yet to encounter a Yunnan Sourcing ripe pu’er pressing that I was particularly impressed with. While the sample size is still too small to say anything definitive, the Crimson Lotus Tea ripe offerings seem to align well with my tastes. Lastly, Hai Lang Hao’s high-end offerings seem generally very good, raw or ripe.

To another fifty reviews!

I look forward to them. Yours are so much in detail. I wish I had your writing eloquence.

Thanks. Taking notes ensures I’m paying attention to the tea and trying to put things into words forces me to actually try to identify the different flavors and such. I feel if I wasn’t doing this, my appreciation of pu’er would be much behind where it is now. My notes can of course also be a useful reference for the future. In that sense, I write mainly for myself, but if others find them useful or even just entertaining or enlightening, then all the better.

All of the above. Keep on writing. It will be nice to compare a few years down the road too.