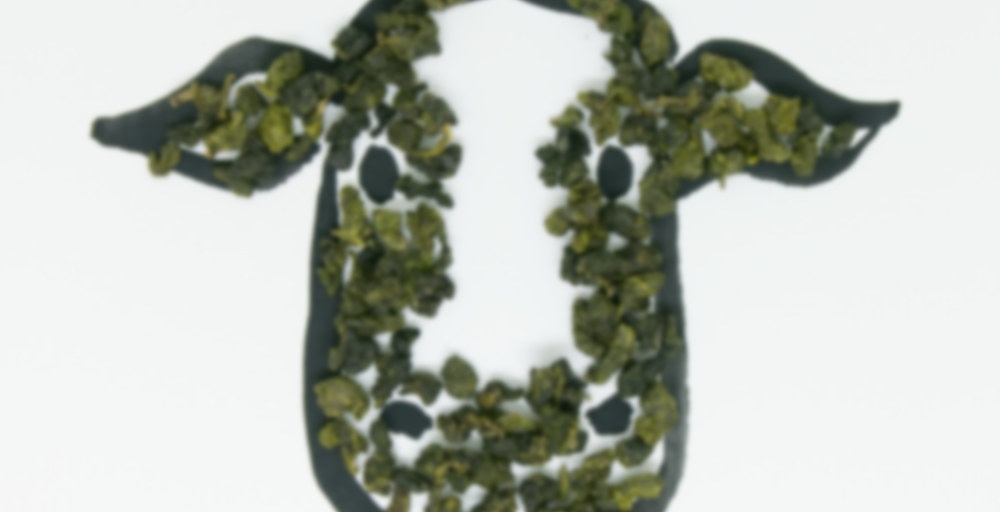 Our Milky Cow is a Taiwanese Jin Xuan variant grown at an altitude of 1.100m on Tai Hua Mountain in Anxi county, Fujian. It is expertly hand-picked and processed using traditional methods: light roasting of the leaves brings out their milky fragrance (nai xiang) and the following steaming-in-milk process helps to enhance the milky flavour further. A delightful Milk Oolong with a mixed flavour of Mango and milk, highly aromatic yet natural and well-balanced!

So, recently I got the opportunity to sample and in turn review a range of teas from teabento – much to my delight that package arrived today so I’m digging into those samples! I have to just start by saying that I’m pretty impressed with the packaging for everything though!

The packets for the teas themselves are pretty nice; they’re in resealable bags bags that block out light, and have the perfect amount on information on them about the tea within! Plus the bento box is just so cute! And everything was shipped very well and securely – so I’m definitely impressed in that regard.

As for the tea itself…

Firstly, this one comes off as very light to me! Not that milk oolongs generally are super full bodied, but usually a bit more than this in my opinion. However, despite being super delicate/gentle in taste I’m initially fairly smitten with this one. It’s very smooth and silky, with a mild buttery creamyness to the flavour. However, as lovely as that buttery element is I think it’s actually second to a floral component; it’s more delicate floral notes rather than just heady florals. Things like orchid and lily notes! It reminds me a lot of the orchid notes in DT’s Vanilla Orchid sans the added in vanilla flavouring.

The most interesting thing about this tea to me, though, is the fact the company describes it as tasting like ‘mango’ – as soon as I saw that I knew I’d have to focus and see if I could find any mango notes in the tea. For me, the answer to that was disappointingly no; however, there were moments that I kind of picked up on a peachy sweetness in the finish of the liquor following that light wave of floral notes and buttery elements and I’m sure that’s likely what they were referring to?

So yeah – this was my first tea from teabento and I have to say that it was different than I expected it to be, but not in any way bad! I’d say among all of the other milk oolongs I’ve tried, I’d probably put this one somewhat in the middle or slightly above the middle. It’d be nice for times I wanted something light and calming; however I just wish it had slightly more body to it.

You can probably grandpa style this one.

Man, I want my package to get here! I signed up first! Lol

I’m sure it’ll show up soon now that they’re landing in Canada!

It always takes longer for stuff to come here to Canada.

Helena-Roswell is in Canada too heh

@Sil actually I sent the packages on the same day. So I guess your bento will apear soon ;)

@Roswell Strange Milky cow is not the original Jin Xuan Milk Oolong. It comes fron Fujian and was steamed with milk in the manufacturing process. For me it is an everyday tea and well suited for cold brew. There is another Milk oolong of higher grade in our shop – Ali Bear, which is an original Taiwan Jin Xuan Milk oolong grown in high elevation tea garden on the Ali Mountain. Maybe you could try this one in the future ;)

@ Sil We Canadians need to stick together. I think we should all blame Canada Post they charge insane rates and make it harder on companies like UPS. ( I hate Canada Post because they trample my garden on a daily basis despite there being a path to the door)