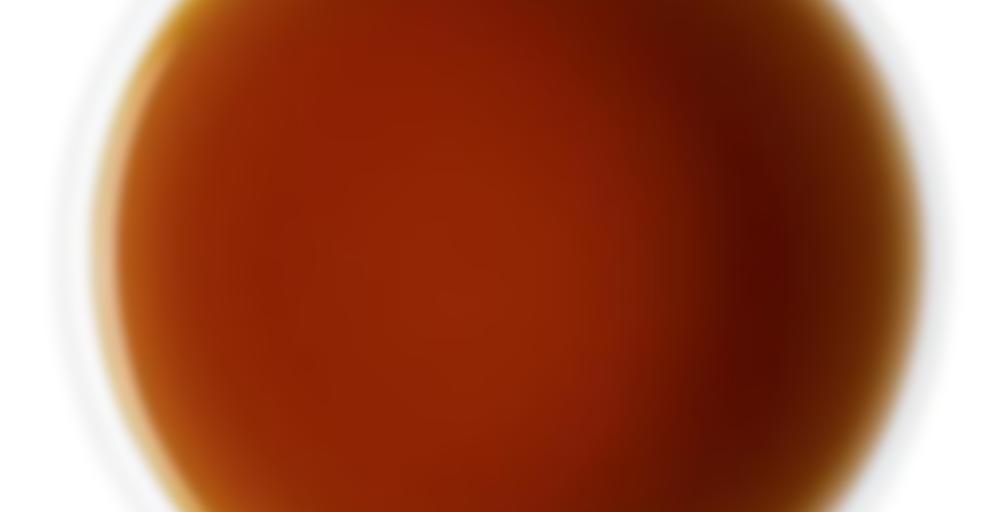 It’s unlikely that you’ve tasted a masala chai like this one before. Unusually strong for a masala chai, it includes Bishop’s Weed and black cardamom – two of the strongest spices from north India – that lend a powerful kick to the brew, even with the addition of milk.

A very strong chai, it was good and strong. I enjoy spice and usually drink my chai without additives, as I did this one. It seemed a bit strong for me, I had only one serving since it was from the Joy box, a Christmas Advent box. I wished I had added milk before it was finished, I didn’t think of that until it was too late. Oh well, a good chai but not my favorite, but then I didn’t really give it a complete try.

A strong masala chai featuring a heady spice blend of Bishop’s weed, black cardamom, green cardamom, black peppercorns, fennel, cloves, and dried ginger, this sounded like just the thing to get me going this morning. I have now tried this chai blend a couple different ways, and I have to say that I am impressed. While I was not wowed by the last Teabox chai I tried, this was more up my alley.

As with every chai blend I buy, I tried this blend once without any additives and once with additions of milk and sugar. For both preparations, I steeped about 3 grams of the chai blend in approximately 8 ounces of 194 F water for 5 minutes. I limited myself to a single infusion with each preparation.

The dry chai blend produced strong, pungent aromas of cardamom, ginger, cinnamon, and black peppercorn balanced by hints of clove, bay leaf, fennel, and malt. Though the blend did not contain bay leaf, Teabox really wasn’t kidding about such an aroma being present. I’m guessing it was contributed by the Bishop’s weed. After infusion, the spicy, herbal aromas were still very much dominant, though I could detect stronger scents of malt from the CTC Assam base. I also noted hints of caramel, cream, brown toast, wood, and citrus. In the mouth, the spices immediately packed a wallop. Black peppercorn, ginger, clove, fennel, cardamom, and cinnamon were all easily detectable. A bay leaf-like flavor popped up too. That had to be contributed by the Bishop’s weed. I was unable to determine how else it could have gotten in there. By mid-palate, softer notes of caramel, cream, malt, wood, orange, molasses, leather, and brown toast from the tea were more noticeable. The liquor was relatively astringent, but also very brisk. The finish was fairly smooth and soothing, offering something of a lingering astringency accompanying somewhat more delicate spice, cream, malt, brown toast, and wood notes. Though blends like this are not really meant to be consumed without additives, I could drink this plain with no real qualms.

Additions of milk and sugar tamed the astringency and spices considerably. The liquor became less prickly and peppery, allowing the ginger, cardamom, fennel, and cinnamon more room. Fewer tannic notes from the tea base were present, as smooth malt, cream, and toast flavors became more apparent. The finish was also smoother and softer with less astringency and less of a lingering spice kick.

Compared to the last chai blend from Teabox that I tried, this one was much spicier, livelier, and more complex. Since I like spicier masala chais, this very much appealed to me. Though it is doubtful that blends such as this will ever live up to a homemade masala chai, I could easily see myself keeping this one on hand. Definitely try it if you are the sort of person who likes your chai heavy on the spices.

A question—-why did you choose to steep this one at a lower temperature?

Also, it’s good to see you reviewing a different category of teas. I like your take on things.

Evol, I wish I had a good reason for going with the temperature I chose, but I do not. I ended up choosing 194 F because that was on the upper end of the range recommended by Teabox.

Interesting that Teabox suggested steeping at lower temperatures for this one. I’ve been under the impression that black tea-based chai blends are steeped at boiling to oomph up the spice content—based on the idea that traditionally masala chai is boiled in the pan with subsequent milk and sugar additions— but maybe now I will play a bit. Endlessly fascinating, this tea world of ours.