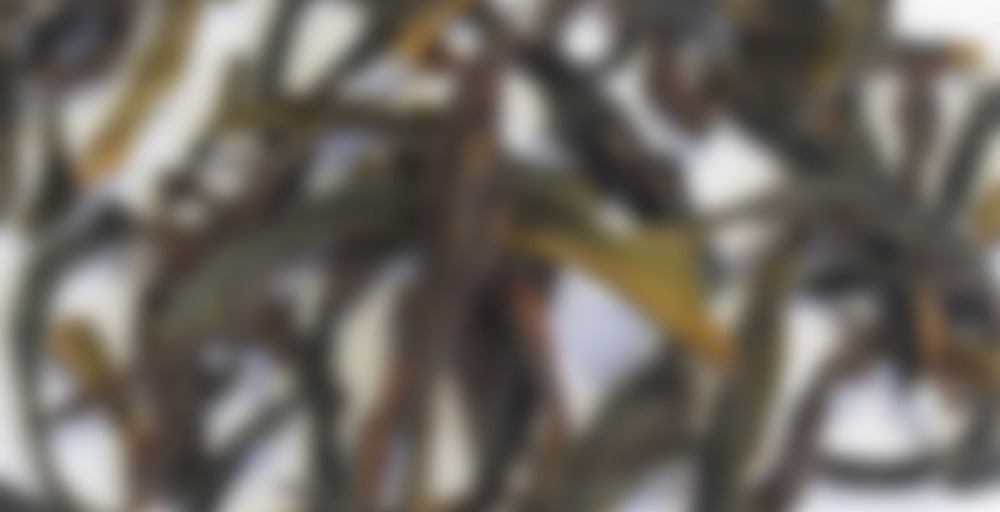 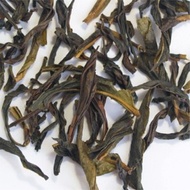 Taste:
Strong floral aroma. It has a delightful taste and honey flavor. Suitable for multiple infusions.

Appearance:
This tea has long, unbroken leaves which are hand twisted.

Sample three out of ten this week.

This is one that Auggy sent to me. Auggy is special because it has previously been determined that she and I have nearly identical taste buds. It’s uncanny how much we agree on the subject of tea sometimes. Consequently she has never managed to send me something I didn’t like. She has sent me things I didn’t love, but never things I didn’t enjoy immensely. And I feel pretty safe in that regard anyway, because we also dislike many of the same things so it would be unlikely that she would own them in the first place.

I have to say, though, this one is a bit peculiar. I have been wary of it for a long time now, I think Auggy sent me this package in summer. It definitely wasn’t too long after we moved in here. I’m not very keen on flower scented ones, and I have slowly started to figure out which flowers I can tolerate best and which flowers mean there’s a risk of disaster. Magnolia so far has been in the former category (if anybody’s curious, jasmine is in the latter), but still. Flowers. Wibble

This is the week for it, though! It’s like Brave Week. So I took this one, and I made me a semi-gong fu-y cup.

At the first sip, I had already forgotten about the magnolia aspect and thought I was just going to get an ordinary sip of ordinary Dan Cong. After I had recuperated from that little nasty shock, I found that there wasn’t really anything to be afraid of here. When you don’t expect magnolia, it tastes extremely odd, by the way.

I’m getting the oolong through the scenting loud and clear, but it’s sufficiently masked that I can’t get much of an impression of it. It could be almost any dark oolong, to be honest. I’m not sure about this honey note that TeaCuppa is talking about. Maybe it’s there but it’s so elusive for me that I can’t seem to pin it down.

The scenting is not too powerful at first, but this is not something that’s suitable for my mug size. It really needs to be drunk before it cools off too much, because the scenting gets stronger as it cools. So while it was pretty mild and pleasant while it was piping hot, it’s taking a nose dive into Perfumeville now that it’s cooled off considerably. That’s a shame. I can’t shake the feeling that I’ve somehow wrecked it by not drinking it fast enough.

Hehe, aw, thanks! :) You know the funny thing? The last couple of times I’ve had this tea, I’ve been rather confused by it. The second time I had it, I used lots of leaf (and a small cup – maybe that is the key, like you mention) and found it pretty groovy, but since then (and the first time) it was just sort of mild and faint and… there. I haven’t had it in a while actually because, aside from that second cup, it’s been rather uninspiring. I just blamed it on my general lack of familiarity with dan cong. Might have to bring this one out again today and see how it does.

I’ve never had flavored or scented Dan Congs, but I find you do have to me more patient with them at first (at least I did), until I got the hang of it. That is true of other teas too. :))

“Magnolia” is a reference to the cultivar – Dancongs are named after strains of tea bushes that are grown from mother clonal trees/bushes exhibiting particular fragrances. When you see “Magnolia,” “Pomelo,” “Almond,” or “Ginger” preceding the names of Dancongs, it means the leaves have natural characteristics supposedly similar to the flowers of these plants. Of course, this group of oolongs as a whole has the tricky tendency of expressing some of the widest range of flavor shifts with slight changes in brewing parameters, so an Almond Fragrance Phoenix Oolong can taste more honey-like than a Honey Fragrance and the latter can come off as more nutty than honey-like if brewed a certain way or judged off any infusion before the 3rd or 4th. They have given me a real run for my money in trying to create baseline brewing recommendations, but it sure is fun being kept on your toes and never knowing what the same tea may taste like.

I haven’t been active on Steepster in quite some time, but get email notices when you post and always love reading your reviews, whether I’m participating or not. Happy to see this tea pop up, even if it wasn’t the best one to your tastes!