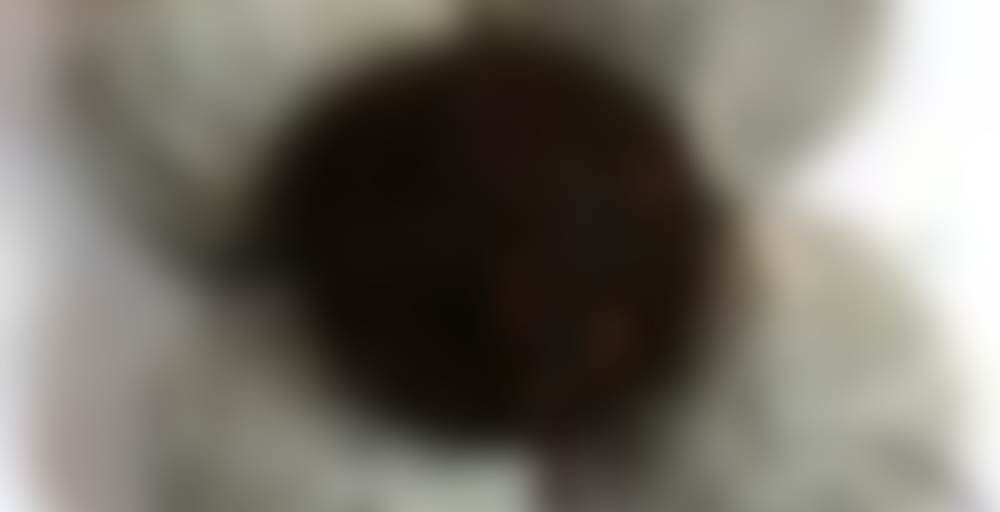 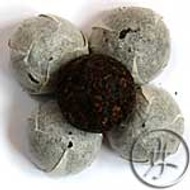 Pu-erh Toucha (pronounced Poo-oor)is a compressed Pu-erh tea. A fully bodied and earthy flavored tea, Pu-erh is known as the healthiest of all tea. Hailing from the Yunnan province of China, this tea is unique in it’s preparation. Made from a large leaf variety of the Camilla Sinensis plant, Pu-erh is first dried, then aged. During the aging process a secondary oxidization occurs in the tea, caused by organisms and by free-radical oxidization. This process is what creates the additional health benefits in this type of tea. The longer this tea is stored, the better it becomes.

This tea is also known as the “diet tea” because of its effectiveness in getting rid of toxins in the body, and helping with indigestion. It is also said that Pu-erh tea increases the drinker’s metabolism, helping in weight loss efforts.

With the first steeping of this unique tea, I could tell this was going to be an awesome pu’erh. Unlike other mini tuocha I’ve tried, this one did not make me wait one, or even two infusions, to reveal to me its delicious earthy tones. The first steeping produced a light brown liquor with a light earthy aroma that also smelled faintly of tobacco. The flavour was rich, even with this first infusion, hinting at even stronger flavours to come. The smoky, earthy liquor was mellow from the beginning, sliding smoothly across the tongue. I was really impressed that this was only the first infusion and yet this tea was giving so much.
The second infusion steeped darker and stronger, smelling woody in addition to earthy. The taste became strong while still not overwhelming. Something of note which I found interesting was the fact that while there is much flavour upon first sipping the tea, very little aftertaste remains behind. The earthy rich flavour of this tea very nearly drove me to distraction as I contemplated it and sat thinking, completely forgetting for a few minutes about the review I was writing.
During infusion three, things changed. The tea went from being the colour of milk chocolate to being a dark brown, akin to dark chocolate. The aromas of the tea grew in intensity, and the flavours increased in strength, lending large amounts of dark, woody flavour to the tea. These flavours reach out and grab ones attention, seeming to strive toward drawing the consciousness into them. Mmm, delicious.
Infusion number four held a certain small degree of bitterness while continuing to carry those flavours from previous infusions. I stopped after four infusions, quite pleased with how this tea had turned out.
I would give this tea an 85/100 on my personal enjoyment scale.

Wow — this note makes me want to give Pu Erhs another chance sooner rather than later.

Truly, Pu’erh has always made me apprehensive about trying it, as the first Pu’erh I ever had really turned me off to them. But after trying this one, and another, from Mark T. Wendell Tea Co., I can safely say that I really enjoy them now. Give them another shot! Steeping them for 30 seconds per cup seemed to work much better than a long infusion, for me at least. It gives you a chance to taste and smell the tea mature and grow.

Thank you for the hope! I had a very bad 1st experience, but since then had an okay experience. I’ll eventually try this one or the Mark T. Wendell one and let you know what I think :)

If you’re looking for a good experience, I would recommend this one over the Mark T. Wendell one, as this one will give you near-full-strength from the very first infusion. I’ll be interested to know how it goes!