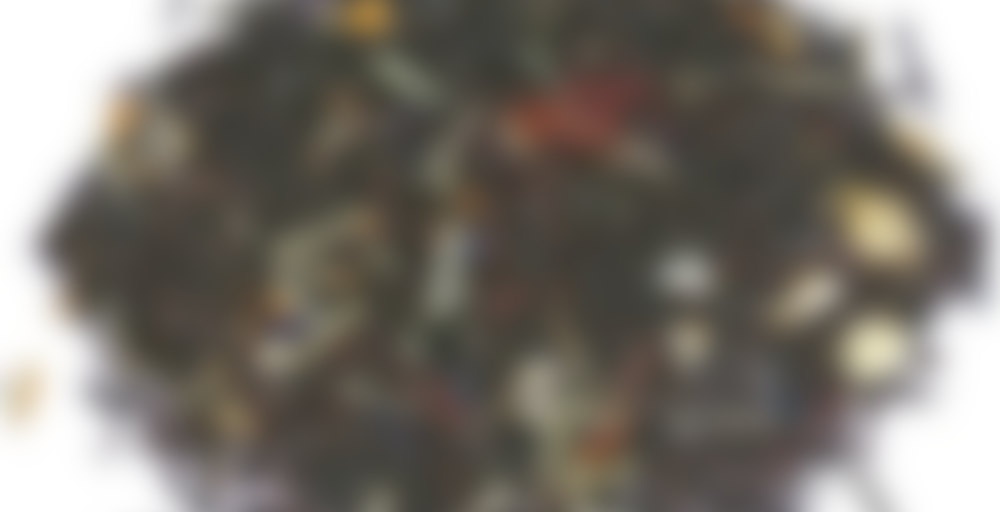 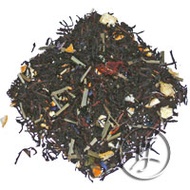 A twist on the classic Earl Grey. An unbelievable aroma that precedes an unbelievable taste. If you are an Earl Grey lover, you are sure to adore this!

WOOOOOOOOOOOOOOOOOOOOOOOOOOOOOOT!
My TeaFrog order came in today! The package looked like it had been through several wars and was torn in several places (the samples were OK, though don’t worry!) so I have come up with a theory for its lateness that involves a SINGLE POSTMAN transported to a WAR-TORN CANADA IN AN ALTERNATE UNIVERSE determined to return to his reality and DELIVER HIS PACKAGE AT ALL COSTS (Warner Bros: call me).

Obviously I made a beeline straight for the Earl Grey Special because…Earl Grey! Special! AND put back on the “in stock” list JUST FOR ME ( ♥ TeaFrog). The smell is certainly quite distinctive, I’m not sure I would have been able to peg it as an Earl Grey if I didn’t know that that’s what it was. There’s a general lemony, fruitiness about it, but there’s still a bit of the Earl peaking through saying ‘yes, yes I’m here, wot wot.’

This is definitely not your ordinary Earl Grey. I wouldn’t say that the lemon is dominating, but I think that the interaction of the various citrus with the jasmine has created something extremely interesting – definitely something that I could see drinking regularly. I doubt it will replace just straight Earl Grey for me, but it will be great as an Earl Grey alternative (a la Lady Grey, etc.).

Oddly, as the tea cools I get more of a taste of um hm, lemon hard candy? I’m thinking of a specific Polish candy but I don’t think that will help anyone. Lemon drops maybe? I’m not sure that I’ve ever had a lemon drop but it looks right! The moral of this story is: drink this tea while it is hot. It is a fine moral.

I have to say as a final note that I really quite like the base tea here. It is present, but not overwhelming. Very nice.

Boiling 5 min, 0 sec
Yours I Like This
9 likes
5 comments
Edit

I love reading your posts! The first paragraph made me crack up, but I could totally envision it and have thought similar things when a package seems to stray!

Agreed on the love of your posts! Between Meghann M’s first roll and your note I’m in pain from teh laughterz!

That dude who did the “in a world” voice overs died last year, I think.

Well there are other voice actor guys still around, so “in a world” will never truly die. But yes, the greatest of them all, the father of “in the world,” Don LaFontaine died last year or two years ago.

It was like I had another psychic tea moment this morning with the Earl Grey: I didn’t know that Patrick Stewart was getting knighted, perhaps at the very moment I was drinking this. In honor of Sir Patrick Stewart I present this montage:
http://www.youtube.com/watch?v=R2IJdfxWtPM

Hmm… I think I brewed this one a little weak. I don’t know what happened, but it’s just overall kind of weak this time. Oh well… my sample should give me a few more cups, so I can try it again at full strength, since I did enjoy this tea the first time I had it.

ETA: Occasionally I get a hint of jasmine from this cup, which I actually didn’t get the first time I had this! I guess the jasmine isn’t overpowered by everything else this time.

Jasmine & EG?! Yum! I’m slowing entering the EG waters… I’ll have to try this one. Plus it’s by TeaFrog (and clearly I love frogs). :)

I agree it’s a winning combination! I didn’t get a lot of jasmine the first time I brewed this, but it’s definitely there. I saw you liked the lavender earl grey you had recently… you also might want to try the Lavender Earl Grey from Tea District, which also has Jasmine.

Getting close to the end of my TeaFrog samples. I think I have three more. This is one of them.

The dry mix is very pretty, the lemongrass is very green against the backdrop of the Ceylon and there are little flecks of blue where the cornflowers show through. There’s a light neutral color as well that looks like the lemon peel. I’m not really seeing jasmine, though it could be that some of the flecks that look like lemon peel are actually jasmine petals. It doesn’t have a strong scent of bergamot (or otherwise) in the packet.

The tea has a lemony aroma with a bergamot undercurrent. It has a lemony taste as well. A bright taste. The bergamot is pretty subdued, secondary to the lemon. I am not getting much in the way of jasmine.

It’s hard to say whether it’s tastes like an Earl Grey so much as a lemon black tea with bergamot? It does seem to me the lemon is the stronger taste of the two. It’s actually very nice; it’s different. I don’t think I’d buy it to fill an Earl Grey need. If I order some, it will simply be because I like it.

Ooooo — I’ve got this one coming as one of my samples from the Select. Now my curiosity has ratcheted up a few notches :)

Okay, so just had my first cup and then I reread your note after posting mine. I wonder if our slightly different experiences is due to water temp. I’ve discovered that 205 is perfect for many flavored black teas — especially EGs. My favorite Rosy Early Grey has a harsh citrus-almost-lime bite to it when I tried it at boiling the first time. But once I lowered it to 205 it was super-yummy.

Hmmm. Interesting. I really only had enough sample for one shot in the Breville so I won’t be finding out whether that’s the issue unless I decide to order more. But I like the theory!

Finishing the last of my Teafrog samples now that my new order is here. This is good, but I’m finding that I don’t really crave an extra lemony Earl Grey very often. The lemongrass in particular is… interesting, but not quite to my taste; it reminds me too much of herbal blends, which is not what I want out of an EG. :/ So, interesting to try, but not likely to be a staple for me.

This is one of the samples that I ordered way back when it was on Steepster Select.

The bergamot here is pleasant, and is nicely complemented by the lemon peel and lemongrass. It really adds emphasis on the citrus flavor of the bergamot. The jasmine flowers do not contribute an immense amount of flavor to the cup, but there is a subtle whisper of jasmine to the taste.

Astringent but not bitter, somewhat dry though. The combination of the bergamot and lemon-y qualities makes for a different flavor than I’m accustomed to when it comes to Earl Grey. That’s not a bad thing… it just is different.

Got this as one of the free samples with my TeaFrog travel mug and was excited to try it! I can’t quite pinpoint the notes (I’m not always so good at distinguishing those), but I think I see orange peel in the blend along with lots of flower bits. The taste is quite unique—I don’t think I can compare it to anything else I’ve had. I wish I could be more specific, but I think I’ll have to try it again.

Overall, I quite like it and I’m glad it’s different than any other earl grey blend I’ve had. I am not totally sure I’d order it after I finish the sample, but maybe by the next time I brew it I’ll be able to decide. Definitely worth a try!

Duh, I see now in the description that it’s lemon peel, not orange. Normally I am not a huge fan of lemon so I’m glad I still liked this!

This is a pretty decent earl grey but not quite what I was expecting. I was expecting a lot more jasmine and a lot less lemon. It was ok, but I don’t think I will stock up on this one.
The smell is amazing though.

A really excellent version of Earl Grey with a hint of sweetness. One of the most soothing black teas I’ve ever had.

If TeaFrog’s Cream Earl Grey is Earl Grey lite, then Earl Grey Special is Earl Grey plus. Strong and lemony, with a slight bergamot flavour – I think the lemongrass overpowers the bergamot, but with bergamot being citrusy, it’s hard to tell. At any rate, this is a very tasty blend!