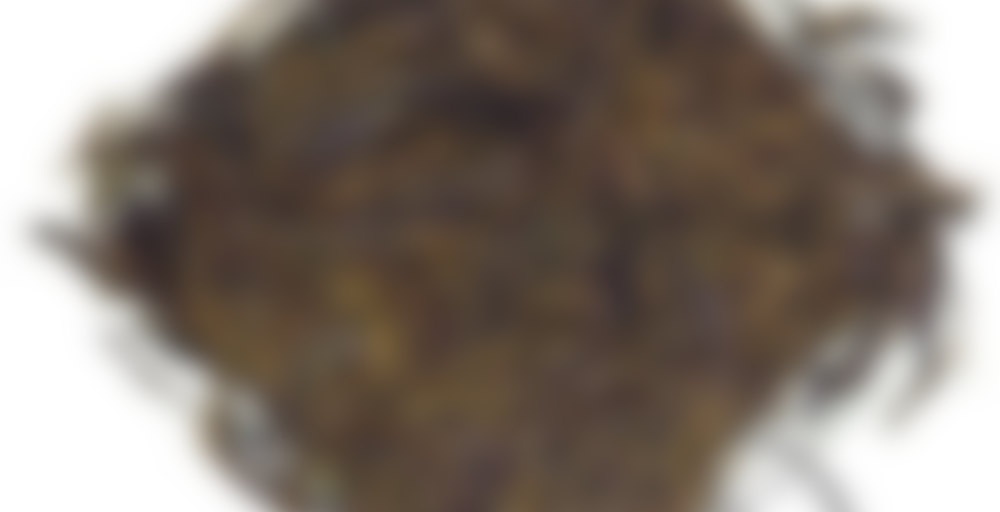 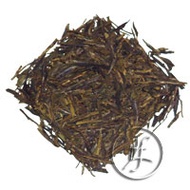 This tea is probably the most famous of the China greens and derives its name from a Chinese legend about a dragon who answered a Taoist Monk’s prayers for rain during a period of drought in 250 AD and the tea produced there received this name.

The leaves are dried in a hot steep-side pan, pressed against the sides of the pan, and turned repeatedly until they obtain their characteristically flat shape. This handcrafted tea has a delicious aroma with a mellow, slightly nutty taste, making it enjoyable, even for the green tea novice. Dragon Well is a revitalizing tea, rich in vitamin C and useful as a refreshing digestive after a heavy meal. Once a gift to emperors, this tea is often given as a present, or tribute.

After a busy Monday, I wanted a nice green tea with its lower caffeine and its characteristic buttery taste. Knowing that Dragon Well (Lung Ching) has a reputation for being the champagne of Chinese green teas and that it’s known as being a fairly light tea, I thought that this was the ideal time for me to try this tea.

The dry leaf is long and pretty and fairly flat. It’s green but not the neon green of some Japanese greens. It smells a but nutty with hints at complexity that will arise with steeping. Brewed at approximately 175 degrees, the results are very pleasing. The brew is mid-yellow in color and the aroma is both vegetal and nutty. It is not particularly sweet on its own but I will use some sugar crystals when I’m half way done.

The tea is a great drink unfolding layers of nuttiness and some vegetation—not so much that you can call it a “spinach” or an “artichoke” tea but enough so that the vegetal taste plays a strong second fiddle to the primary taste of roasted or toasted nuts—I’d like to say roasted walnuts more than other kinds of nuts. It’s very satisfying and would make a great accompaniment to a meal or as an after-dinner tea. It would also be a great afternoon tea.

SECOND infusion: This Dragon Well has not lost anything but has gained perhaps more of a nutty focus. I added a few sugar crystals and the added sweetness was nice. There were not enough crystals to take away from the tea’s essential flavor. I would serve this to myself without the sugar but would offer some sugar to guests.

The rich toasty nuttiness and the deep flavor make this tea well-worth trying. I think it will become a staple at my house.

Last time I tried this it turned out a bit too bitter, so I’ve notched down the temperature and steeping time and I think it works much better. I’m still getting noticeable roastiness, some green vegetable flavor, and just the right amount of astringency. It’s nice to finally get the parameters right on this one!

My first cold of the season is coming to a end ( well i was thinking at least ) when i began to have sore throat again. That not gonna happen let kill that with hot tea ! I’d watch a couple gaiwan video during the morning so why not try it i ask myself innocently ( my answer should have been because your gonna make a mess since you don’t know what you are doing )

Ah why not maybe i’m gonna have the beginner luck well that was not the case ..

All the pre-heat did go well but first impression That thing become HOT! i nearly drop it let handle it a little higher i still need my finger don’t want to burn it

Putting the leaf in the gaiwan – 1/4 as suggested in many video that seem a lot but meh i’m no expert so i have to take my first info somewhere let’s go with what they say ( yah cold make me dumb i didn’t even think to come ask here ..)

Rince it – Done ( that kinda the easiest part lol)

First steep – Used the suggested temperature but steeping time found on the web was 20 seconds ( Gawhhh that was so so freaking bitter first time i get a bitter green tea it’s was worst than any black tea i ever taste even the new loose leaf tea from Tim Horton made by people who don’t know how to make tea i was desperate don’t judge me lol ) too many leaf ? dunno i think probably water to hot ( i could not finish the cup it’s was that bitter )

Second steep – i think it’s was the water being too hot that cause the bitterness so i let it cool down does it change something ? well no sure less bitter but the first was so bitter that i still have the taste in the mouth

Thanks Zoltar!
I’ve burned my fingers every time I’ve used my Gaiwan so far, & I think it’s just part of the experience :D
Seriously, I have to really work hard not to fill it too full, because that’s when I burn myself.
Sorry to hear your Gaiwan broke (meant to be?) Are you sure you didn’t get mad & throw it across the room? ;)
Thanks for sharing your experience!
I vote that Zoltar puts the ‘Zoltar’ picture back on his profile! Anybody want to second the motion?

it was not on purpose lol im way to zen for that and its was a cheap one since i’ve read that it happen a lot to first time user :p ( it was in fact my second broken gaiwan i drop the first one the day i receive it >< without even using it i was opening the order box and drop it ) i may be curse when using gaiwan lol

I have a gaiwan for the elderly. It has a handle and a spout. It’s made of clay and is used for Pu-erh. I’m going to get another one (not clay) same style because I’m a clutz!

where do you get them ? that could be a idea for someone like me i do have big hand so holding something small like a gaiwan is already hard when they are cold its a nightmare when they are hot and i am clumsy too mine cost just 8$ ( cheapest i could find ) but still i would like not to have to bought a new one each time i touch it :P

Hey, look what I found! I thought I’d tried all my TeaFrog samples, but this was buried in the “green tea” box. I really do think this is the last one, though.

As with my other TeaFrog samples, I can’t get aroma other than the fruit of another blend that was packed with this bag, but the leaves are pretty; medium green, fairly long, flat and shiny.

The first time I tried this, I fear I did not use enough tea and may not have steeped long enough. I steeped for 1:30, which is what I usually do with greens unless they ask to be steeped for a shorter time. The flavor was pleasant but not very strong.

More leaf and longer does seem to be an improvement, though I’m still finding this a subtle one. I get a light yellow liquor, and an aroma that is buttery, almost milky, a little salty, with a vegetal echo.

The flavor isn’t particularly buttery or vegetal, though. I’m not really sure how to describe it, other than to say it is “green” tasting, which isn’t very helpful. There’s a slight toastiness, but it’s very slight. There’s an interesting dryness on the tongue after drinking that’s almost like the feel of the grab you get from putting certain dried, chip-like treats on your tongue and letting them sit there. After they get moist, they start to feel like they’re grabbing onto your tongue. That’s the feeling I’m getting here. I’m not getting nuttiness, at least not strongly. Maybe more like the aftertaste of pumpkin or sunflower seeds.

Even on the second try with more leaf and more time, I’m not finding this to have much depth in terms of flavor. I have had greens that were more flavorful. Perhaps I’m not a Dragon Well fan, but since this is really my first, I can’t conclude that just yet.

Natalie writes: “I’ve been dipping my toe into the waters of the world of green teas and discovering the results can be sensational. I’ve only tested and tasted Japanese green teas, so I’ve been eager to try more Chinese green tea. Knowing that Dragon Well (Lung Ching) has a reputation for being the champagne of Chinese green teas and that it’s known as being a fairly light tea, I thought that this was the ideal time for me to try this tea from Tea Frog….”

Read the full review at: http://www.itsallabouttheleaf.com/493/tea-review-teafrog-dragon-well-lung-ching/

Had this tea this morning before heading to work. Really enjoyable tea. It’s very light for a green- almost like a yellow tea. It’s also similar to a light oolong because it’s doesn’t have too much of a grassy flavour to it. It’s light, a bit buttery, and vegetal. I could really stock lots of this tea but want to try out some other dragon wells from other companies before I settle on one.