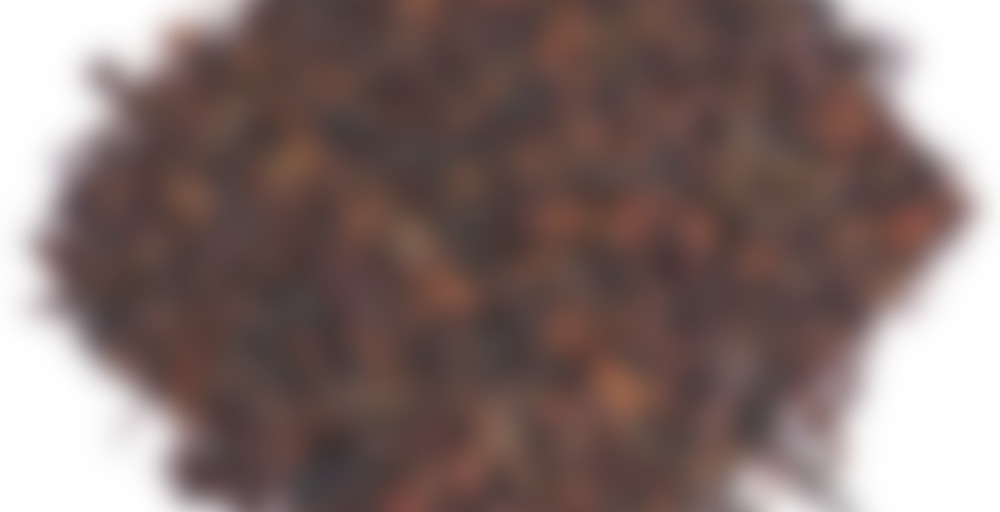 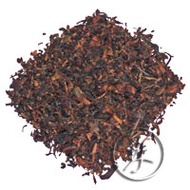 Production of Oolong tea is very labor intensive. After being picked, leaves and buds are spread on a flat bamboo basket and withered under sunlight for a short period of time. Leaves are then withered further at room temperature for six to eight hours, and are agitated gently by hand once an hour. Once the leaves turn red and the moisture content drops, the leaves are pan-fired for 15 minutes at a high temperature to stop the fermentation process. The last step is to roll and dry the leaves.

Formosa Oolong tea has a distinctive taste and aroma. The leaves are long and twisted, with a mix of brown, black and red, and bits of green and silver thrown in. The liquor is amber in color, with a flowery aroma with peach undertones. The taste is delicate with slight notes of peaches, and a hint of spice, and no bitterness. An excellent tea to enjoy in the evening, or after a meal. Truly the “champagne” of teas.

Whee, posting again! Lately I’ve been mixing and stacking a lot of teas, which makes it hard to post tasting notes, but today I wanted a straight oolong so I pulled out another TeaFrog sample.

As a person who’s not enamored of Formosa Oolongs in general, this is a really tasty one. Rich, full, roasty flavor, a slight bitterness on the back, some flowers in the aftertaste (which is pleasant and lingering). There’s some fruit in the middle, though I’d peg it as more apple than peach.

Still have to see how it re-steeps, but I’ll definitely consider getting a full tin of this, and I’d recommend it to roasted oolong fans.

ETA: Got three solid steeps, increasing the time a little for each. The third was noticeably weaker, but still good. I probably won’t try for a 4th.

I brewed a very indelicate pot of this in the late morning to get started on things. Perhaps a pot was too much. I was bouncing off the walls. But on the bright side, I did get several social media things done today. (Except a LinkedIn profile. Curse you, LinkedIn!) Still, quite productive regardless.

I tried this last night in my little gaiwan, but I think I need more practice before I start writing notes about teas I made using it. I’m not convinced I used the right amount of leaves, for starters. Plus, I meant to look up steeping times as I know for the little gaiwans they’re pretty short. I just sort of winged it.

Today I’m going for more formality. This is another sample, I believe from the first set rather than the second. This one had been segregated into my oolong box and it wasn’t until I decided to be systematic about my TeaFrog tastings that I went looking for all of my remaining samples and found this one.

The leaves look similar in color to the Upton Formosa in its oolong sampler. There are some things that look like stems among the leaves, and some of the leaves are small and mulch like, but others are larger and more distinctively curly. I couldn’t really tell what they smelled like in the sample packet (in previous notes I’ve mentioned I have run into some trouble as the packets seem to have taken on the smell of the strongest smelling sample that they were packaged with. Unfortunately for me, I had very strong smelling fruit tisanes in each of my sample orders and now I smell fruit in all the sample packets even if it isn’t there…)

The tea brews to a dark amber, and smells toasty with fruity notes. After tasting, the aroma became more defined and yes, I can get a peachy note. It’s not a strong, fruity taste like a flavored peach tea, but it is reminiscent of the nut of the peach.

Second steep, three minutes. A sweetness has come out on this steep that mingles with the toastiness.

Third steep, four minutes. Still nice, but I’m not seeing a tremendous development from the last steep to this.

This was a pleasant and tasty drink, but it didn’t blow me away. I think if I didn’t already have some of the Upton Formosa samples I might be tempted, but this one didn’t surpass those or the Golden Moon for me.

I got the Canadian Berries with my sampler order and I have the same “smell leak” with my other bags. I’m grateful that it’s not affecting the taste, but I’m sad that I can’t get the true smell-o-leaves from sniffing the packets.

Hrm. This one didn’t do it for me. I think I’ll hold off on scoring until I try it again…. hrm. Not inspired, and the leaves look kinda tiny and broken. Meh.

I hope your experience is different! Or maybe I just brewed it wrong…

i will start by saying way to earthy for me i prefer the grassy taste of a green I’m not really fond of earthy for me they taste more bitter than anything else with a sweetener he could be good but i don’t put anything to sweet in my tea.

The leaves were a little more broken than I was expecting, but that was probably from poor mail handling. I am not sure, but I think it took on some of the aroma of the vanilla coconut white tea sample, so this sample may be biased.

1st steep: 1tsp, boiling, 3 min. Light tasting roasty-sweet taste that is a little fruity somehow with a slightly bitter aftertaste (but not unpleasantly so)

2nd steep: boiling, 4 min. A little weak, but still sweet enough to enjoy. I will have to try the 2nd steep a little longer next time I guess

Mike D wrote: “Oolongs come from primarily 3 regions Fujian & Guandong provinces PRC, and Tiawan. The mainland oolongs tend to have a savoriness to them – some describe this as a buttery feel. The Taiwan produced Oolongs, tend to be more delicate, and have a sweetness to them…”

Read the full review at: http://www.itsallabouttheleaf.com/406/tea-review-teafrog-formosa-oolong-finest/

As I’ve mentioned before, I tend to prefer black teas with milk and sugar, but I’ve enjoyed oolongs before, so I decided to order a sample of this tea.

With a four-minute steep, it has a strong but not overwhelming flavour, no bitterness, a lovely flowery scent, and a slight sweetness. I didn’t notice a particular peach flavour, but that may be due to my relative inexperience with oolongs – I just don’t know what I’m looking for! It’s a good stomach-soothing tea and worth keeping in the cupboard for that alone, with that good taste and sweetness as a nice bonus.

I can’t believe I’ve never had this tea from Tea Frog until now. Brewed for 3 min at 195F. This is a very strong oolong. If it didn’t have oolong on the package I would swear this was a black tea. I prefer the light oolongs but do like some of the roasted too. This one is just too strong of an oolong for me. I can taste the roasted sweetness which some might like but it’s not for me. Into the swap pile it goes.

My enjoyment of this tea started from the moment its aroma hit my nose. It has a somewhat earthy quality to it that you think will lead to a heavy flavor. However, the earthiness plays well and leads to the complexity of this tea. I was not expecting light and fruity flavors, and I am still discovering new flavors with each glass. Quickly becoming one of my favorites.