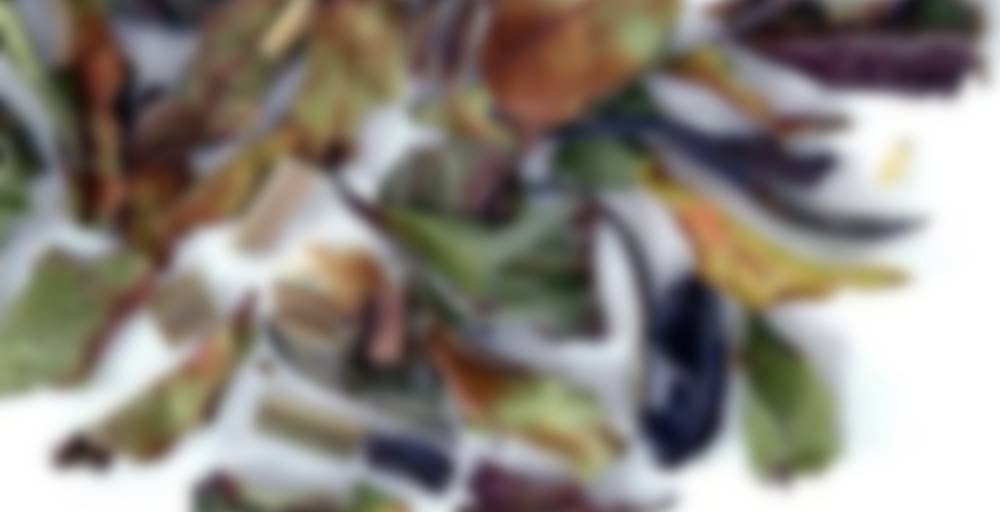 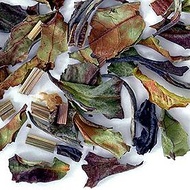 This is the first tea I’ve tried from this brand. I was optimistic, because the brand’s tea selection is comprehensive and the staff were lovely. I’m not very impressed with this one, though. For some reason, the smell reminds me a little bit of rubber gloves, and the taste just hasn’t got it. Lemon myrtle can be great, but I think mixing it with vanilla is a bad idea (although I actually didn’t taste any distinct vanilla not in this tea at all, and it was more like a weak tea base with some myrtle chucked in.) Lemon myrtle really needs more of the grassy, green flavour to set it off, and white tea doesn’t have enough of that leafy flavour to work effectively with it. It just tastes kind of wrong here. Sweetening didn’t improve the flavour, either. The tea base seemed kind of forgettable, and the precise lemon flavour that came from the combination of the lemon myrtle and the flavouring just made me think back to Kusmi Detox, which is deplorable. I’d drink this tea if there was nothing else, and it’s not so bad as to be a disgrace to tea, but I really didn’t enjoy it, and because I let it oversteep a bit and it got ridiculously bitter, I just gave up and threw it out. This tea’s flavour was ultimately disappointing to me, but with more attentive steeping (the package said only two minutes), others might find it tasty. It did leave a nice flavour in my mouth that reminded me a little of jasmine tea.

I think this is the last straw in terms of my ignoring brewing instructions. I don’t think it’s what ruined the flavour, because not only did I try some of the tea before it had been steeped too long, it smelled weird from the beginning. Even so, I probably would have put up with the mediocre flavour were it not for the extreme bitterness this tea took on. I don’t think I’ve ever tasted a tea that’s become so bitter, and I don’t think I ever want to do so again.

A wonderful white, similar to their lychee