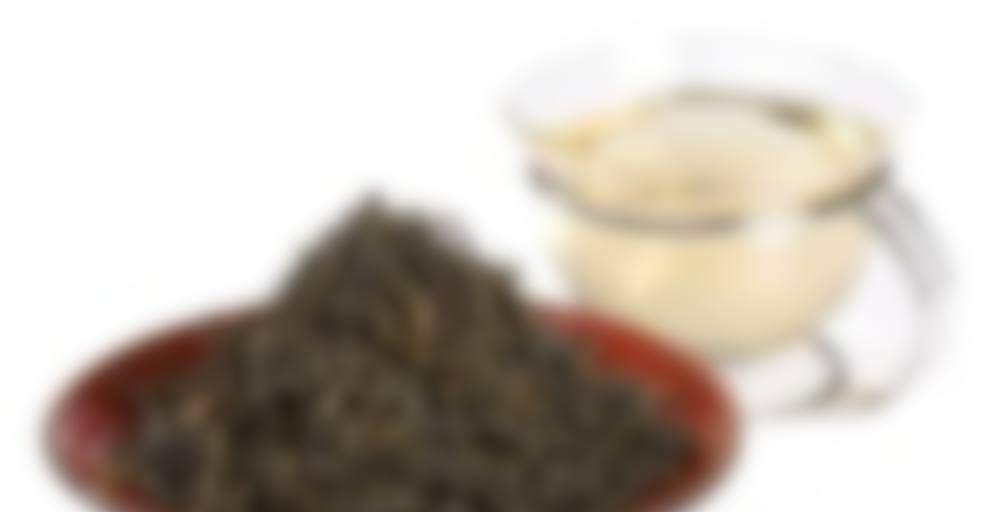 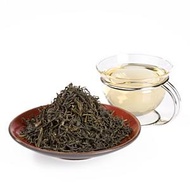 Where Anhui and Jiangxi Provinces meet, you will find the majestic Da Zhang Shan, or “Great Barrier Mountains.” In this special place, the tradition of tea is incredibly strong. Each spring, delicate tea buds are harvested, lightly processed, and then allowed to rest among fresh magnolia blossoms. Readily absorbing this heavenly scent, the tea permanently takes on a mild, floral character. The delicate, sunshine yellow cup is sure to dazzle.

This morning I decided I wanted something or other flavoured, and since I have an enormous basket of things I have yet to log, I started to just take items out one at the time and then picked the first flavoured one I came across. Which turned out to be a yellow tea. For the first cup of the morning. Right. Maybe not the best timing in the world, really, but that has never stopped me before so why let it start now?

I’ve had yellow teas a few times before and I don’t honestly recall ever having been that terribly impressed by them. I can’t recall having found anything in them that I felt set them apart from other types (whites and greens in particular) and made them their own. Apparently the primary difference between yellow and green is that in the yellow the grassy flavour has been attempted removed by partly oxidising the chlorophyl in the leaves.

I can see that there has been some oxidation going on because the leaves are darker than I had thought they would be, almost resembling a very light coloured black leaf. Think Yunnan. That sort of colour. After brewing, the tea is a deep, rich yellow, very much like the yellow face on the Steepster rating scale.

It definitely tastes floral and I’m trying in my mind to compare it to the Mermaid’s Kiss from A&D and yes, I feel like I can recognise the floral flavour as being the same one. I think maybe I’m slowly beginning to learn to tell all these flowers apart. Jasmine is more dusty, while this is more sweet.

Underneath the magnolia, the tea itself is smooth and remarkably nutty in flavour. It is indeed very like a green tea that has lost the grassy note, allowing other notes to come out more. You can imagine how in an equivalent green tea these notes would have been buried and camuflaged by the grassyness that makes green tea green. So yes, I’ve learned there is a significant difference to green tea. As for the white, eh, I still can’t see a lot of difference here. This is a little more flavourful, but really that’s it.

There is also a note in this that reminds me of chamomile, but I can’t tell if that’s a note of the magnolia or a note of the tea. It does make me wonder how come chamomile always seem to come on its own or as a major ingredient in something. I’ve never seen anything just lightly scented with it or having it compliment a proper tea. I believe I have some plain chamomile lying around in the basket. Perhaps I should give that a try myself.

Anyway, I wouldn’t say this completely knocked my socks off, but it is quite enjoyable.

This is one of those teas you could serve to someone who thinks there’s not much difference between a Chinese green and yellow. There’s a distinguishing light floral undertone that reminded me of Vietnamese Lotus tea. Very pleasant, even with the necessary rough estimate nature of brewing tea at work.