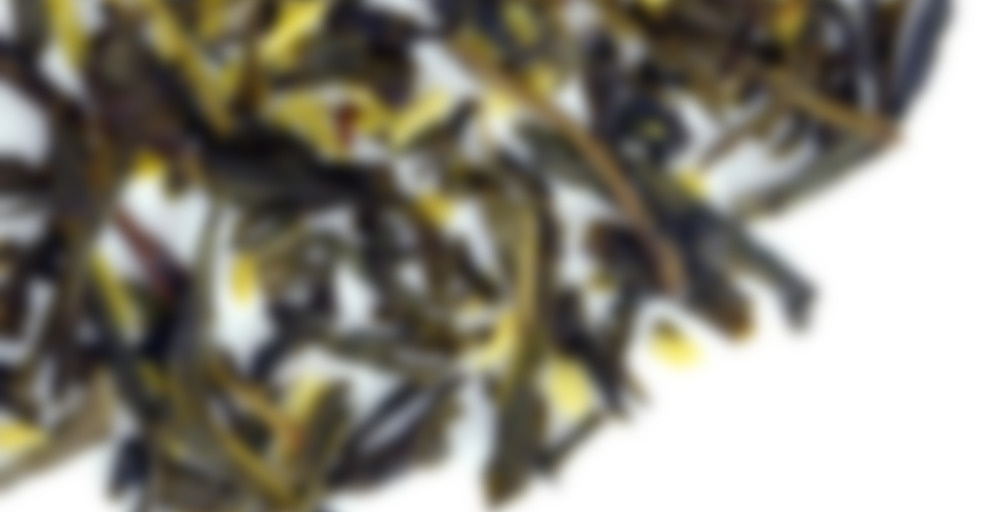 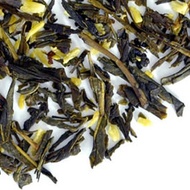 The creamy richness of coconut milk on a dazzling and brisk Japanese Sencha base. A true customer favorite.

I had some of this today and it way past its’ prime so I decided to chuck the rest, too bad.

Armed with this knowledge I am definitely trying to not buy a lot more green tea… or green oolongs. I just don’t seem to be drinking them fast enough. :(

don’t buy nearly as many green teas as compared to black. I definitely like the ones I have, but I just have to be in the right “mood” for a green tea. Moroccan Mint is probably the only one I can drink any time.

Yep. The only tea that I ever had go “bad” on me was green tea that I had not had that long.

Yes but Amy lives in a cool damp city and tea ages faster in that environment right Amy?!

Bonnie – I don’t know, you maybe right. But I was told by my Chinese tea shop guy I could keep the green tea in my refrigerator and isn’t it cold and damp in there too? :)

I don’t know but I was reading this morning about what ages tea especially Pu’er. Dampness, scent exposure are two bad ones. I won’t put coffee let alone tea in the frig because the air is damp and the smells like foods (good smells). But I think you have to trust your own gut instint! It’s your tea!

Hmmm. that’s too bad because I was hoping my pu-erh would age okay even though I live in San Francisco. I guess I’ll find out the hard way!

No don’t worry I think there are things you can do to help like what it’s stored in. But length of time can be less according to the article. I have the opposite issue with semi arid environment. It’s nice to be able to dry leaves in a half hour but you wouldn’t want brittle bricks of Pu-erh!

I always heard a cardboard box or the original wrapping was fine but some people use clay pots, I think

I think puerh is usually stored in something that breathes a ittle. I had some fishy puerh and after reading on here, left it sitting out. The fish smell dissipated and the tea still tasted fine. It was only out for a week or so and was still in its little paper wrapper. I think on purepuer.com they have a puerh gift that comes in a little woven storage basket. WANT! My Japanese neighbor keeps all her tea in the refrigerator.

I don’t refrigerate my teas because of the different food aromas can affect the tea flavor-especially sharp aromas. I’ve also heard that clay pots were good for storing Pu-erhs.

Another new tea! Thanks Amanda!

I debated whether I should even try this one today, given my failures, but really wanted to try it out, because it smells delicious! All coconutty and good. I think there was some smell transfer from another sample packet during shipping… it smells a bit fruity and sweet too. Really hoping the flavour doesn’t transfer over…

Steeped, it smells…. weird. The fruitiness is there (uh oh), and I’m getting a hint of coconut creaminess, but that’s it. It almost smells… metallic??

Ok, after a few minutes, it smells more as I was expecting, like sencha and coconut. Good good.

Taste-wise it definitely makes me think of DavidsTea’s Toasted Walnut. I guess it’s because they’re both sencha and coconut, although Toasted Walnut has a few more ingredients. I can taste the sencha, and it’s alright, and I’m enjoying the lingering coconut flavour at the end of the sip. It’s definitely more coconutty, too.

I kind of like this one, actually, but for my purposes, it’s pretty interchangeable with the far-more-easily-obtainable Toasted Walnut, and its rating is going to reflect that.

(But guess what…. I didn’t oversteep it!!! Hallelujah! Or screw it up! Miracle!)

ETA: Second steep in half a cup of water was ok, but not wonderful. Can’t remember anything specific about it as I drank it rather quickly.

lol Yay! Things are going better for you. :D

Man oh man I have some backlogging to do. Truthfully, I’m impressed with myself that I have time to make more interesting teas now than before. Who knew a six month old could keep you so busy!!

This definitely smells better than it tastes. It isn’t a bad cup, but the dry leaves smell amazing. You could just set them out and you’d be a happy camper (if you like coconut). The tea tastes more strongly of green tea, which is still very good. I was hoping for something similar (in terms of coconut strength) to Golden Moon’s Coconut Pouchong, though.

I know it! I expected time to fly… but not nearly as fast as it is going!

Thanks Amy oh for this one too!

I was going to try this yesterday but I went for the coconut pouchong instead. I think this tea probably set out to be like that tea, but falls far short. It’s not as strong as I would like it, and I think a toasted coconut flavor comes out a bit more than coconut milk. Anyway I’ll stop comparing them now.

I think sencha and coconut go together pretty well, so this isn’t like powerfully flavored coconut. If it was, I probably wouldn’t like it because I don’t like a strong toasted coconut flavor. Instead I think the grassy taste of the sencha meshes really well with the toasted coconut and makes it tasty.

I add some soymilk to mine every once in a while, it’s good that way. :)

Oh, coconut tea, how have I lived so long without you?

Once I smelled these leaves in the store, I knew I had to own it. I nearly had a moment of euphoria with its coconut-y goodness. It smells just as good when steeped up. And, let’s be honest, you can’t put both green tea and coconut in the same cup and not expect me to be joyous over it.

The coconut really stands out, blending rather nicely with the taste of the green. Even simply holding the cup to my nose is reminiscent of shredded coconut. This stuff is simply awesome.

What a wonderful sense experience. In the bag, this tea has such an awesome aroma, heavily dominated by the coconut, with a nice undercurrent of the sencha. Once steeped, the aroma still lingers in the steam, but is less pronounced in the actual drink. I wouldn’t say the coconut is heavy, but I wouldn’t serve it to someone who didn’t like coconut either. Very pleasant, and just as yummy cold!

It’s pretty decent hot; the coconut and sencha round each other out well. But come on, this is a flavored green tea. It tastes AMAZING when iced. The flavor comes out clear, strong, smooth, and refreshing. The second iced infusion loses the sencha flavor entirely and tastes like a mild version of coconut water. Or like drinking the smell of coconut, if you could do that.

The only reason I didn’t rate this higher was that I’m not a huge fan of the grassy aftertaste of sencha. If you’re into that, you’ll absolutely love this tea.

I really enjoyed this tea. I’m a coconut fiend, and I’ve searched around for a great coconut flavored tea. This, so far, is the best. It was wonderful hot, but especially delicious iced.

So very good!!! I like the decaf version as well.

Advent day 13. I love coconut teas! I’m used to them in a combination with almond, which this tea lacks, so I’m having to sort out the difference. When my cup was hot I got a good amount of coconut, but also something almost raw dough like. It was strange. As the cup has cooled that taste has changed and there is a more perfumey note in there. The coconut is bright and pleasant, but I feel like there is an extra something missing that would take it up a level.