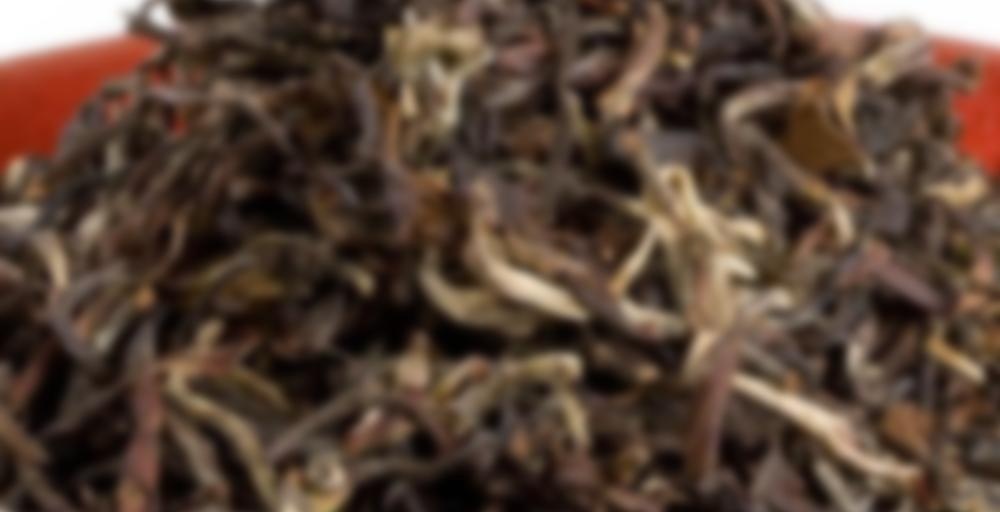 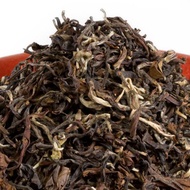 The Fancy Superior grade is bestowed only upon exquisite, tippy teas such as the Taifu. Known as “Five Color Tea,” northern Taiwanese Oolongs are oxidized around roughly 60% and take on various hues of brown—from beige to sienna. The Taifu is a heady cup, a nuanced sketch of wood, apricot and dried plum. Infuse multiple times.

I kind of regret buying this one. Don’t get me wrong its a decent oolong, but I should have stuck to my list and not tried to rebrowse on Steepster on my phone while at the tea counter and confuse myself. Yup I’m a tea geek. Unfortunately most of the teas I asked to see were not very strong scent-wise, except for the Sumatra Oolong Barisan which was at the top of my list, but for some reason I just wasn’t feeling the greener oolongs that day, but I think that one is really unique, oh well may be going back in the fall.

It was a nice store, a bit stark on the outside, but a very inviting layout within. When we walked through the door there was a crowd gathered in one corner listening to a bit of history on tea and watching a demonstration of their gravity pot (Perfect Tea Maker, IngenuiTea thing), they said it was magic, I chuckled. The wall the right was lined with pre-packaged tea with smelling jars, however these were mostly flavored, fruit and herbals with a few straight blacks and greens thrown in. The teas I wanted, all oolongs, were located behind the counter, in safety deposit style box/tins, it looked like an old bank or post office. While I’m sure these were ordered new, I wonder about their air tightness. There were also three samples available to taste in the center (wow that jasmine was intense).

After smelling a Darjeeling Oolong, Milk Oolong and the Indonesian and debating between four Formosas, I settle on this and was offered a complementary sample of the Formosa Fancy Superior Choice Oolong which I of course accepted. I wish I could have bought several teas in that size, but it wasn’t an option. The sample I did get is actually rated a bit higher on here and is described in their Book of Tea as having notes of sandalwood, if only I had picked the booklet up on my way in instead of on the way out. But hopefully I’ll be brewing that one up tonight and I can really compare.

So back to this tea. The dry leaf is very beautiful and variated, but like I said not very powerful. I brewed it up in my lidded mug, gongfu style with boiling to 200 degree water, starting a just three seconds, then 5, 9 and 13 secs.

The first infusion was both sweet and salty, floral and a bit muscatel. It does remind me a lot of Darjeeling as well as the Formosa oolong I tried at Adagio. The second was a tad darker and deeper, with that hint of wood coming through. The third infusion is where I came to understand something that was there from the beginning but hard to describe, it is a cocoa powder-esqueness. The toddler gulped half this cup down and said it was peachy.

The fourth is my favorite so far, it has a wonderful cooling quality that tickles the tip of the tongue and the back of the mouth. The fifth is also on the cooler side, very smooth and mild. The sixth is warmer, a bit salty and more herbaceous but seems a bit watered down. These two most recent infusions had an almost caramel like scent that I’m not getting in the taste. I’m going to try to kick it up a notch somehow.

Smoother than before, now utterly smooth, as this is the second pot.

Had this tea for the first time 18 days ago. Brewed some up this morning, still yummy. Then before heading to work I rebrewed the leaves up to 6 times before it looked a little light in color. The best part is that I had some great ice tea for dinner. Better than yummy.

My second Oolong, and I like it very much. It has a unobtrusive, yet distinct taste – I would say a bit of wood (same way you would say I whiskey tastes like oak-y), but very fresh! A great tea!

Expanding my taste buds to the world of Oolong! This tea has very little odor to it prior to steeping though it does a nice job of filling the room with an earthy tone while it steeps. Overall this tea is very calm in every way. The taste is very laid back and woodsy smooth. It almost has a mouth filling creaminess to it. I do like this tea quite a bit. And to think the last time I raved about an Oolong was when Sobe came out with those Oolong tea drinks……….shame on me.

From the EU TTB

I’m not a massive oolong fan, as I’m sure I’ve detailed previously. There have been some I’ve enjoyed in my drinking experiences so far, though, so I’m continuing to explore a little in the hope I’ll find a few more. The leaf here is a pretty thing, with colours ranging from white to dark brown/almost black, and all possible hues in between – beige, reddish-brown, brown…it’s very autumnal looking. I used 1 tsp of leaf for my cup, and gave it 3 minutes in water cooled to around 185 degrees. The resulting liquor is a medium yellow-brown.

To taste, I initially taste mostly damp earth – kind of like a forest floor after a heavy rain shower. Not that I typically go around tasting those, but if I did, I imagine it would be something like this. What I should probably say, is this tea tastes like a damp forest floor smells. There, that’s better. There’s a lovely fruitiness in the mid sip – I’m thinking plum, primarily, or maybe a very mild black cherry. The sip rounds off with a woody, resinous note.

I’m really pleased with this one, and it’s a tea I’d happily seek out again if the opportunity arose. I might have to explore more of TeaGschwender once I’ve got my stash a little more under control!

A robust oolong. First infusion was definitely best with aromas of stewed plum and sweet honey dominating. Beyond these aromas, underneath lies a woodsy and floral quality. Second infusion was much less robust and rich—more floral qualities, and less of that stewed fruit and honey. And the third infusion is not even worth attempting. Overall a great robust oolong.