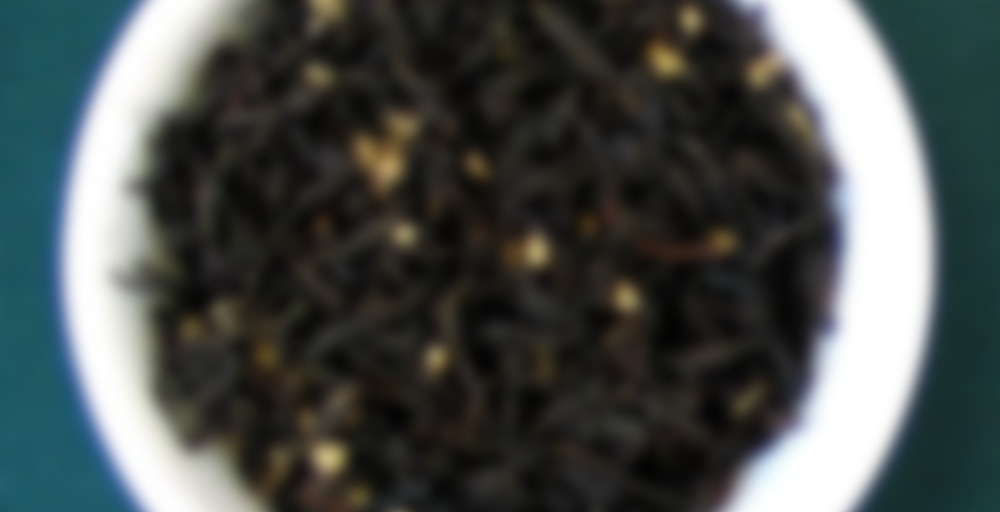 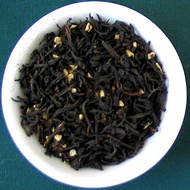 by Tealicious Tea Company
74
You

This tea is a blend of fresh ginger root and Black tea.

Tealicious Tea is a small company based in Port Moody, BC Canada. Mission Statement: “Our renowned Sommelliers will only select, blend and sell the finest quality loose leaf teas available for the enjoyment of tea and health enthusiasts everywhere.”

Today was a good day. I got tea, I got dice (you can never have enough dice; these ones are blue flecked with gold!), and I got comics. No, I didn’t just get comics either, I completed a comic series I have had, incomplete, for many years. Hurrah (just Deadpool The Circle Chase, nothing exciting or expensive)!

I can definitely smell the ginger in this, although it is a bit ‘dry’ I suppose (gingeraleish?). I had to be sure about the smell, so I got a hunk of real ginger out of my freezer (yes, I have a giant hunk of gingerroot in my freezer—it’s best not to ask) and grated some onto a spoon to get the smell going. My ginger smells a bit more ‘gingerbread ginger’ish.

I figure it might just be the smell of the black tea. Hmm. But there is ginger in it! You can SEE the hunks. They’re not huge, but there’s a lot of them.

You can smell the ginger in the tea… Not as strong, but that’s because there’s a good ‘tea’ smell in there too. Still slightly gingerale smelling (but I think what I mean by that is a sort of carbonated smell—I have no idea). The more you smell the more the ginger smell comes out. …Which is making me want to just sit here and sniff this all day. Mmm ginger. I can do that for a little while, because I’m letting it cool to a drinkable temperature first.

There is a bit of a bite, and then a black tea taste. I suppose I could have let it steep for six minutes instead of five. If you let it sit in your mouth for a moment you get a ginger taste, with a bit of sweetness. The more you sip it the more ginger you get. It’s not insanely strong, which I think makes it perfect for most people (but others—my dad included, love ginger so much they eat chunks of pickled ginger whole, with nothing else; they might want something a little stronger than this).

I’m glad it doesn’t taste gingeraleish. Hurray! I’m glad she gave me a sample of this, because I like it but I don’t love it, but I’m glad I got to try it (I wasn’t sure what I was expecting, but I wanted to try a ginger tea). Mmm, there’s actually a spicyness developing in the back of my throat now from drinking this. It’s a nice, subtle flavour that sort of develops as you drink it. Yup, I can definitely taste the ginger when I breath out now.

I’ve got a few teaspoons of this left, and I’m going to enjoy using them up another day. I think I’m going to attempt a second steep of the leaves right now though, to see if the ginger will be weaker or if it’ll get stronger.

I keep smelling the ginger I grated and wondering how easily I could add it to some black tea and make my own ginger tea. It’s certainly fresher, so it should make a strong cup. From what I know of spices, ginger starts to lose its strength pretty quickly (most spices do; dried spices are like tea—their greatest enemies are light, moisture and air, and most are only ACTUALLY good for about two months, and yet we store them in clear containers, and keep them from years on end, and still use them after that—go figure).

Second steep was for six minutes, fifteen seconds. The colour’s about the same as the first steep—maybe very slightly lighter. Hmm… Smells just as strong as before, although I think the ginger is (slightly?) clearer—not stronger, just clearer.

More of just a tea taste this time, but the ginger’s in my nose and on the tip of my tongue. Yup, the ginger’s still there. Mm.

Overall I like this tea, and the only ‘downside’ is that it’s got that dried ginger taste and smell (if you don’t know what I mean, if you have any dried ground ginger in your spice cabinet [I do!], go and smell it) instead of that ‘fresh’ ginger taste and smell. But that can’t really be helped because it contains dried ginger, obviously. Fresh ginger only stays fresh so long, and is moist. I think the only way you COULD get a ‘fresh’ ginger tea taste (other than loading the tea up with preservatives to keep it ‘fresh’, or artificial flavours to get the taste) would be if you just grated fresh ginger right into your tea leaves right before you steeped (which I have always thought about doing, hmm).

Of course I only vaguely know what I’m talking about when it comes to dried/fresh ginger. Just thoughts and opinions!