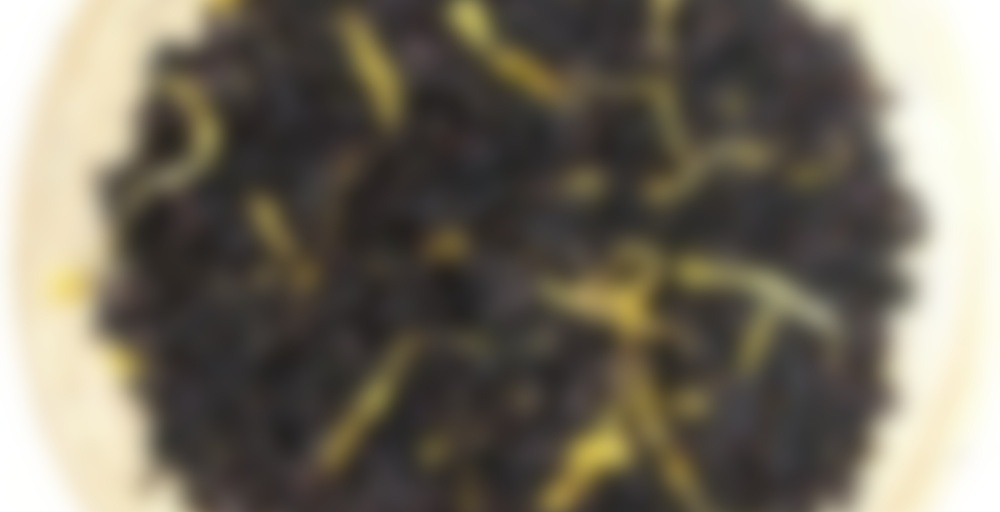 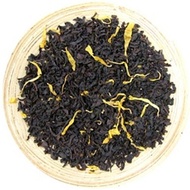 A delicious combination of sweet, creamy flavours in a premium Ceylon black tea. Vanilla and caramel are blended with a swirl of grenadine for a decadent, rich cup. A definite favourite!

not sure I can get behind this variation. The grenadine makes the tea take on this weird fruity flavour that I don’t really like. Every sip i take i’m always trying to figure out what i’m drinking.

I’ve never met a Monks Blend that I liked. Ick!

Another tea sample from Sil! Soooo maaaaannnyyyy, hahaha. Thanks!

I think I shorted the water on this one too, so it’s a bit on the strong side. However, it’s kind of tasty! There’s not a great deal to the aroma, but there’s a nice caramelly fruitiness to the cup, and perhaps just a touch of creaminess. Not quite what I might have expected, but it’s enjoyable! There is a fair bit of astringency, and a bit of bitterness, but it feels more like I made the tea too strong than a problem with the tea itself. Perhaps I will go add a bit of water and see if it improves.

My experience with this tea sounds pretty similar to everyone else’s. I find vanilla, caramel and grenadine a slightly odd combination – it’s like there are two halves to the flavour that don’t quite come together. Dry, there wasn’t much scent to this tea. It’s vaguely sweet, but that’s about all I was able to detect. It’s similar when brewed, except the faintest notes of vanilla and strawberry are detectable upon concentration. Mostly, though, the scent is of normal black tea.

The first sip surprised me by being a lot more astringent than I expected. I don’t think I overdid the brew time on this one, although it’s possible I overleafed the tiniest bit. I’ll try and remedy that next time. I can taste the caramel and vanilla in the initial sip, although they’re not strong, and they’re kind of overtaken by the bitterness of the base tea. The grenadine only really comes out in the aftertaste, and is rather like strawberry ice cream syrup. It’s very sweet, maybe a little too sweet, and somehow it just doesn’t fit with a tea that’s otherwise quite dry and flavoured more with creamy tastes than fruity.

Overall, I’d say this tea isn’t really for me. I like the idea of it, but maybe not this exact expression. I’m looking forward to trying my Mariage Freres Marco Polo, though!

Having a bit of a crap day, including trying to decide if I need to call the cops or not, and I definitely needed something to wake me up and be soothing. This fit the bill beautifully. It’s smooth and not bitter at all. I only let it steep for 2 minutes and I’m in heaven. The vanilla and caramel and grenadine are all very present…I am very happy with this tea! Yay Tealish! You didn’t ruin this with hibiscus!

Boiling 2 min, 0 sec
Yours I Like This
7 likes
4 comments
Edit

Yay no hibiscus!! However, boo nay on potential need for police. All okay for you and De?

I hope your day got better, and that you are all right!

Yeah, we’re okay, just running in to some issues with (violent) former tenants coming on to our property and going through our mail. We’re trying to decide if it’s worth the hassle or not, as the police around here tend to be less than helpful. Where’s a mountie when you need one? :D

Complaints on record might not be effective, but good to have. Might not have results right now, but a history of any/all issues is important.

Another sample from *sil*’s generous swap! This sounded – and smelled – delicious, but I found the cup pretty much exactly as sil did. I don’t see why the grenadine was added, and found overall the tea tastes fairly weak with a slightly odd mix of fruity/sweet tastes barely making it through. Tasted better with milk (almond, unsweetened), but then was far too weak to be really enjoyable. Glad to have tasted it, and certainly nothing objectionable, but at least there’s one tea I can knock off the grand list of all the teas that must be tried!

A little over-sweet from the grenadine. Good to try once but not as a regular purchase.