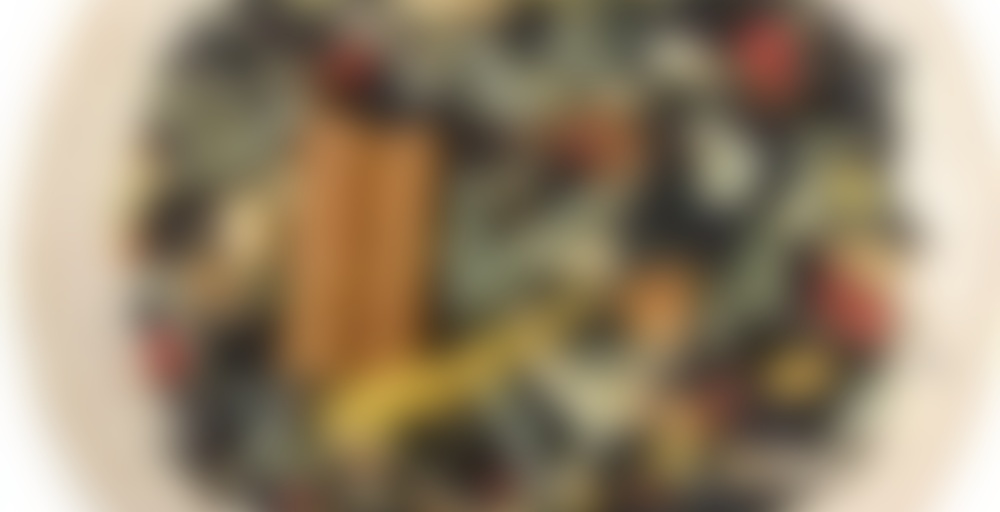 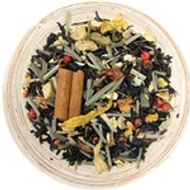 Sipdown partayyy! wahoo! I’m excited because it means I get one of my tins back. Only half of my cupboard is tinned because so much of it is in sample size. Which one shall I fill it with!? Ohhhh the possibilities.
This one has been really hit and miss. Today it’s a HIT. Oh man is it ever tasty. I think I found the sweet spot a little too late heh.
In fact, it’s been months since I last had any of this… because I’d had a string of ho hum cuppas and at that point I usually ditch it for awhile. Anyhow! I used 1.5-2tsp (whatever was left!) A 2 min infusion seems to bring out the best qualities. The sweet orange rind and tangerine flavour really comes out, with a slight ginger note as well. Can’t say I’m tasting any currant though. Oh and there is the coconut in the very middle of the swallow! wow.
Ya know, I think I might purchase this again one day. Not anytime soon mind you, but it’s certainly on my list!
The only issue I have here is that all the nasty little bits went into my steeper and it’s not as flavourful as it once was. I don’t care, it was a fantastic way to go out. What a bittersweet goodbye…

Wow! Tealish occasionally pulls a bizarre combo out of the bag and dazzles with it. Citrus and coconut, paired with the spice blend more commonly found in chai? Say whaaaat? But it was tasty! A very good black tea at the first taste, with the sweetness of the citrus, cream from the coconut, and a tingle and zip from the spices. I snagged a sample of it from Indigobloom for a second and third steep, but this may be sneaking into the collection.

I had so much hope for this one. Sadly for me, there was just too much ginger. It combined strongly with the lemon grass to make a blend that just wasn’t loved by me. So sad.

Meh. Just…meh. It’s good enough, but it doesn’t wow me, but I don’t have the same tastes as my wife, De. This is right up her alley, so I’m glad she likes it. But the spices are a bit strong for me, and I don’t care for the cardamom.

Absolutely fabulous. It tastes like that yellow coloured Trident gum. I DID say that about Pitta Ayurvedic from DT, but this is the REAL deal, it’s so much closer. Lovely balance of flavours, very flavourful hot tea. Haven’t tried it iced yet. As Nat said, no chemical tones which I tend to get from Tealish.

A sample from Miss B! After reading a couple of tasting notes, I went for a lot of leaf and a short brew time – 2.5 tsp for around 2 minutes, in boiling water. No additions. From looking at the leaf, I get the impression that this is a fairly unusual blend – citrus flavours and coconut with traditional chai spices.

To taste, though, it’s actually better than I expected. There’s an initial brightness from the citrus (orange, mandarin?) that bursts across my palate in a way that’s both sweet and slightly sharp/sour in the way only citrus can be. The mid-sip reveals some creamy coconut, which ushers in a semi-tropical vibe that’s acutally borne out really nicely in the spices which come into play towards the end of the sip.

I did wonder whether the spices would overpower the citrus flavour, but they’re actually reasonably subtle. You know they’re there when they emerge – I can pick out cardamon and pepper for sure, plus the warmth of ginger. Somehow, though, they work with the citrus/coconut combination, rather than against it. The overall feeling is of a tropical-style chai blend – the only thing I have to compare it to is Thai Chai, which generally contains coconut, but it’s not quite the same animal. The citrus here is (obviously) the really unique thing.

I’m enjoying this as a summer chai. I’d try it iced if I had enough leaf, but I think I probably don’t. Really, I’m just pleased that it doesn’t taste as odd as it sounds initially, plus it made for a good mid-morning cup.

sipdown! pretty proud of myself for getting this far down from my mini cupboard explosion without getting another weekend in to drink tea. Gives me hope for my tea weigh in that i’m hoping i can do this weekend -ESPECIALLY if rental dog goes home a day early! enjoyed this one from missb and omgsrsly though not enough to kee it in my cupboard. would be nice to revisit from time to time though :)

This is nice. I didn’t get coconut in there anywhere – smell or taste. That’s a good thing or it would have gone into my swap pile. I liked the strong lemongrass flavor and scent. I got this in a swap and it will be nice for a couple of cups, but probably not one I will reorder.

Just meh. Maybe I underleafed? 2 tsp in 16 oz, I could go up to 3 tsp, as these are HUGE pieces of orange, sunflower, cardamom, peppercorn, etc. Regardless, this just tastes like a mildly sweet tea with perhaps some cardamom in it.

One of my favourite flavoured teas. Subtle, pleasant flavour with no chemical aftertones. Good hot and cold. Good plain, with honey, or with lemon.