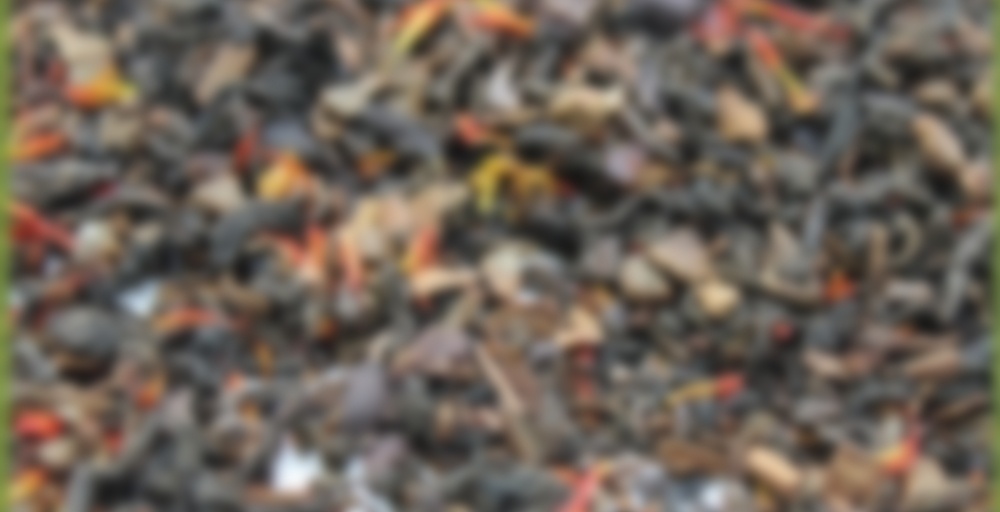 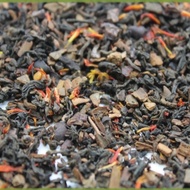 Providing a medium to bold caffeine boost due to the energising effects of naturally occurring caffeine from both the Pu-Erh tea and cocoa, Pu-Erh Cocoa Spice offers a complex and sweet aroma with hidden warming depths, underlain by a spicy chilli kick.

Combining the anti-oxidant health benefits of pure Pu-Erh black tea from the Yunnan Province in China with beta-carotene and flavonoids from organic cocoa nibs and chocolate seeds, our Pu-Erh Cocoa Spice blend is unmatched in terms of taste and goodness. Pu-Erh Cocoa Spice is the perfect pick-me-up for mid afternoon tiredness, or any other time of the day when you need a little extra energy.

I’d had this twice in the evenings now, and I’ve really enjoyed it, but I find that I’m just too busy with the baby, and packing lunches etc etc that I don’t really have much time to hop on the computer.

So this is to remind that YES. This is a good pu-erh. It doesn’t really taste like pu-erh which I suppose could be a bonus for someone like me who’s afraid of getting too much dirt in their cup again.

I thought it was fitting these two chocolate teas fell into the matchups together – and again one old, one new.  Maybe I should have at least stayed on the same page of the steepster cupboard and picked a second random number within that same page to create more matchups that were similar in age, so both teas would be from the same page when shuffled by ‘recent’ but that would most likely result in teas from the same shops in matchups.  Not sure if that is good or bad.  Anyway, I really like both of these!  At least the puerh is supposed to age.  The puerh blend has such a lovely balance of the flavors – cinnamon & chocolate on the deep puerh base.  But the Pudtea utilizes cocoa shells, which are a chocolate tea MUST for me.  I can only imagine how great the Tealux blend would be if it used cocoa shells rather than cocoa nibs.  Both blends are cozy cocoa blends!  Hard choice.  I do appreciate that the Tealux has cinnamon – it adds another layer.  But then the level of depth is ridiculous in the Pudtea.  The cocoa shells make it so rich, then it’s a shock looking in the mug and the brew is a pale brown.  So the cocoa shells take it:  winner Pudtea – Caramel Brownie — though the ratings for them says different!
2021 sipdowns: 31

I liked the chocolate chai I was drinking earlier better than this one.
The spices in this just seem weird to me, and I’m not getting much cocoa.
Like I said earlier, Tealux flavored teas are hit or miss with me. This one is more of a miss.

I don’t very often reach for flavoured tea’s anymore, my preference leans more toward tea straight up. But every once in a while I get a craving, so I do keep some around for when I want to change things up.

A couple of days ago I reorganized my tea cupboard, I came across an envelope that smelled sweet and very chocolaty. I found this sample inside along with another chocolate tea, that I received from JustJames a long time ago. Today I’m going to aim to sip down both samples.

This tea was the perfect choice for a miserable chilly, rainy day/week. It feels like warm weather is never gonna get here. The cocoa takes a back seat…it’s more in the aroma than in the flavour. I steeped it too long, but I thought it tasted ok. The heat from the chili was pretty prominent…and that I really liked that. But I love spicy food. There was a bit earthiness in the taste, but not so much that it bothered me.

I’m on my second cup, and when I’m done, that’ll be one of two done. Thanks JustJames for the sample!

It doesn’t have the greatest reviews, but I like it. Seems to be cool weather tea.

I like pu-erh with ice-creamy flavors (chocolate, coconut, strawberry, etc.) Never thought about spice—but I can see how it would work!

I’m with Tea sipper on this one. The flavours are nothing like I expected, but it works. Really well actually.

I expected to hate this tea based on the dry leaves. But the way all the flavours are blending creates something completely different & delicious. I’m not even sure what it tastes like, but it’s yummy.
Every now & again I get a touch.if chocolate mid sip & a hint of spice at the back of my throat.

Oh, now I’ll have to try another cup soon to remember what it tasted like… oops. haha

i am gaining a great opinion of tealux. my shipment of treats arrived today, well priced and decadent. my nose is exceptionally happy!

among my choices was this excellent cocoa infused tea. as i awkwardly steeped my first cup (my right arm is in a cast) the excellent smell of the tea developed and became even more exotic. chocolate. cinnamon. pepper. creaminess. well balanced. the woody taste of honeybush and the nutty taste of puerh— very well done! i had it as dessert after dinner.

a very satisfying blend! i look forward to the rest of my bag.