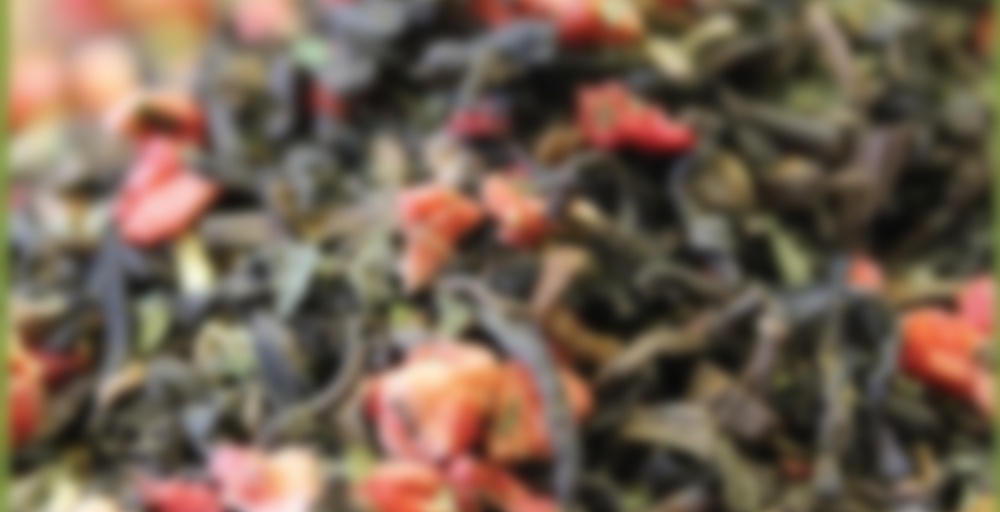 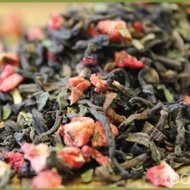 This heady and delicious premixed tea blend created especially for Tealux is comprised of a combination of fragrant and refreshing organically farmed black Pu- Erh tea from China, perfectly balanced by the enticing addition of real strawberries, vanilla and spices.

Producing a delicious and mouth watering aroma when steeped, the signature top notes of traditional Pu- Erh leaf tea entwine with naturally produced real strawberry pieces, harvested at the peak of their freshness and freeze dried to lock in all of the taste and nutrients. Middle tones of warming vanilla segue seamlessly into base notes of peppermint and liquorice for a complex and detailed aftertaste that enlivens the senses.

Ideal as a special and guilt-free treat when dieting or following any weight control program, Pu- Berries Delight has all of the flavor and aroma of your favourite treats without the calories!

I thought this had cinnamon in it when I smelled it, but I guess it was the licorice root that gave it that something extra.

This is my second berry puerh, but there are huge differences between this and the one from DavidsTea. This one tastes more like puerh – there’s a heavy earthiness to it, while the other one was much heavier on the berry notes. I’ll have to try the DavidsTea one soon to get a better idea of which I prefer!

I’m also going to the mall on my way home tonight. I need to grab other things but I’m hoping to find some metal tins, or something that I can store my tea in to organize it better! I’m sure you guys have similiar problems with your stashes! It just seems like mine is 70% foil bags, so it’d be nice to sort them better. It’ll be fun looking for options.

ETA: The vanilla and licorice are pretty interesting in this. They linger long after each sip, and they do sorta wake me up a bit. Not bad for an after lunch tea (that will won’t magically help me lose weight!)

I have cookie tins that I throw my bags into right now, but they’re… getting a little squished. :P And I don’t have enough of them. I’ve got one for black tea, one for herbal/rooibos, and then two boxes that I throw everything else in.

I’m just thinking when I move more containers will be nice.

My tea shelves are a mixture of recycled tea canisters that are reserved for teas I’m in love with & willing to order a fair amount of (like Premium Taiwanese Assam, Laoshan Black, etc), bags, & samples. Some of the bags are sorted into boxes that tea came in, others are squished together into shelves. It’s organized chaos, if you know what I mean!

I made this in my travel mug today. And ya know what, it is much better. Funny that!
The pu-erh shines through more, and the hibby downplays it’s evil sourness. Mind you, my expectations were set pretty low this time so that could be part of why I’m so lenient today.

Anyhow, on a side note… I went on a blind (internet) date the other day. Normally that isn’t something I’d admit but the story is too funny to pass up!
The guy I was meeting, he wasn’t there when I got there. So I texted him. He texted back to say… he locked himself in the convention centre washroom. I had to get the janitor to let him out… hehehehehe I giggle every time I think about it.
Needless to say the date didn’t go too well. He was way too forward for my liking. I have a thing about kissing on the first date. He knew that and dove right in anyhow. Blech.

Oh one other thing about the tea, is it as a surprisingly pleasant(ish) aftertaste. Hmmmm.

Wow, how long was he locked in there? LOL!

I’m not sure, he didn’t answer when I asked :P
So I’m guessing it was awhile!