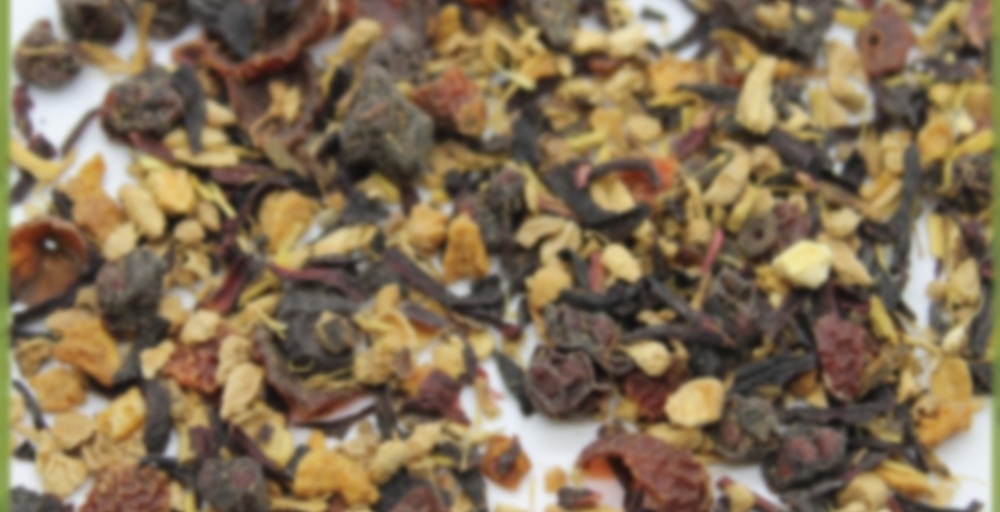 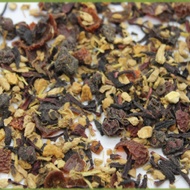 Ginger Treasure is consistently one of our best selling lines here at Tealux, and for good reason! A complex and warming blend of spicy, fruity and sharp flavors marry seamlessly in this feel-good caffeine free organic herbal tea.

Natural citrus essential oils are complemented by wild harvested berries and rare herbs, all of course entwined with the unmistakable aroma of fresh organic ginger. A full bodied but by no means overpowering herbal mix, Ginger Treasure is one of our signature blends, and is only available from Tealux. Steep your Ginger Treasure blend in hot water for a few minutes before drinking- the perfect brew for any time of day.

I was out last night and had a few too many drinks and am regretting it this morning. My strange tea craving is for strong, warming teas. My first pot of tea was Hot Cinanmon Orange – Tealux (which I did not write a review for as I was too blurry headed but it was delicious) and now I’m craving ginger.

This blend smells strongly of waxy orange and warm ginger. It’s also sweet and a little sour but so very thick in aroma.

Once steeped the tea is dark red (due to the hibiscus).

It tastes sweet yet tart with distinct hibiscus, orange and ginger notes. In the after taste there is a strong licorice or clove flavour too. It’s a strange tea, it goes from being sweet and hibiscus to being warm and herbal to eventually leaving a refreshing thick feel in the mouth.

Despite me not being a fan of hibiscus or licorice I actually don’t mind this tea. It’s not as strongly ginger as I was wanting but it is a pleasant and unusual drink. I got 50g for £2.18 (roughly 2oz for $4) so I can’t argue with the sale price. Might end up putting some of this up for trade if anyone is interested?