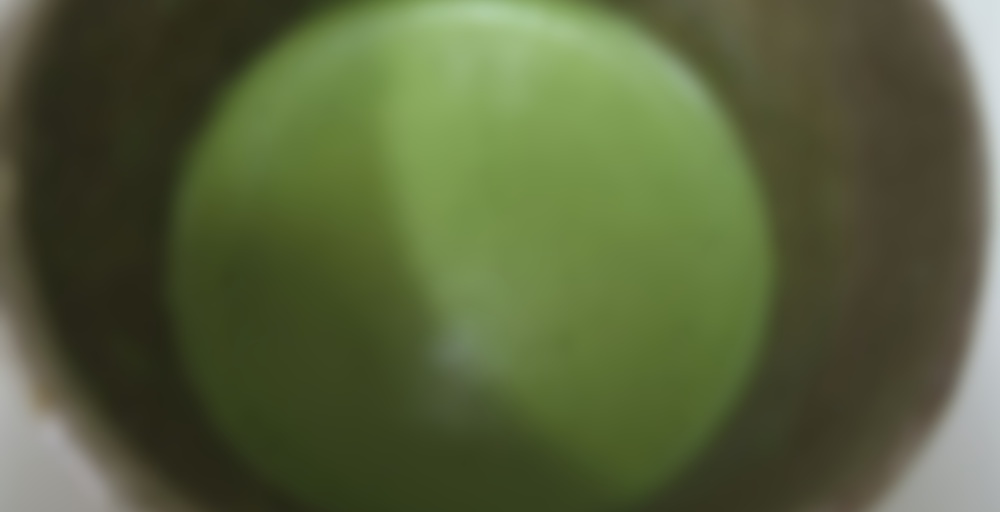 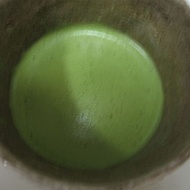 by Teance Fine Teas
81
You

From Koyama En, the most prestigious matcha company in Japan. Based in Uji, Kyoto, their matchas are made from the finest shade grown Gyokuro. This Wako matcha is smooth, creamy, and sweet. The Gyokuro leaves are hand harvested, dried, and then stone-milled into fine powder. Whipped into a frothy, thick soup. Matcha is considered the healthiest way to drink tea as you are drinking all of the leaves. Koyama En matchas are approved and recommended by the grandmaster of the Urasenke School of Chanoyu, the tea ceremony.

The Republic of Tea 69

Y’all. Seriously, y’all. I got this at my grocery store. A 20g tin. For $3.00. No, not even for $3.00. For $2.99. I kid you not. Teance has this on their site for $37. (As does In Pursuit of Tea… are they the same company?) It’s not out of date or anything. It’s just really, really cheap. Someone was obviously smoking something when they priced this. I knew this tin was a good deal; that’s why I picked it up. I didn’t realize it was that good of a deal. Anyway, on with the show!

Have I ever mentioned that I’m scared of matcha? I would sell my first born for a limitless supply of shincha (Yutaka Midori, please) yet for some reason, matcha freaks me out. The first time I had it was at a tea ceremony my friend was performing at our high school’s culture festival (文化祭) many years ago in Japan. Ryoko, said friend, told me when she invited me that “even the Japanese don’t like the tea in the tea ceremony.” Stellar recommendation. And the tea served totally matched up to expectations. Ick. I think that’s why I’ve not been a big matcha girl. Then, when I finally found the cajones to try matcha again, it was some that I received in a swap and had been sitting on my counter for months, getting icky and not-green, as I tried to get up the nerve to try it. Unsurprisingly, that tasted icky, too. I did have some iced matcha at Teavana at one point. That was okay. But it was iced… and from Teavana. So that was sort of discounted as a typical matcha experience. But when I say this at the store marked $2.99, I figured I’d give another go. Three bucks for potentially nasty tea isn’t that big of a deal. Which brings me to what is currently in my cup…

OMG, WHY was I afraid of matcha??? This is lovely! It smells like a fresh sheet of crisp, sweet, toasty nori. And the taste!! The taste is so mild and creamy and sweet! It’s like sencha, but dessert sencha instead of pungent dinner entree sencha. I know why people make ice cream out of matcha now – it’s so creamy! I could mainline this stuff!

Okay, okay, it’s never going to replace my love of a deep steamed sencha – I just love the rich pungency too much and this is no where even close to pungent. But this is so good. SO. GOOD. Yeah, it could be more complex but honestly, who doesn’t like sencha taste coupled with smooth, creamy and sweet? Green tea ice cream without the cold or the calories, that’s what this is. This is sencha dessert in a cup. With caffeine. And that caffeine is the only reason I’m not making myself another cup RIGHT NOW. And another in five more minutes. And another five minutes after that.

Looks like I have to make an emergency run to the grocery store. I think they had three more tins of this, all at $2.99. Time to stock up!

Did you whisk it?

I did. I don’t have a chasen so I used the one for my immersible blender/wisk/chopper thing and it worked great – nice and foamy.

That is a really awesome find and experience! I have only tried mid-grade matcha, and powdered sencha (two vendors). All of them were good, but nothing like what you describe here. Hopefully some day I’ll get to try the real stuff (ie high quality matcha).

Actually, Sugimoto America’s powdered sencha (I think) comes from fukamushi sencha, it had a definite likeness to pungency, if I remember correctly. You might like it, but I don’t know how easy it is to obtain a normal amount of it (I think they may sell it in bulk unfortunately… I just got it thru a sampler).

One can’t help but wonder if it was actually mis-priced and was supposed to have been about $30 instead… Their loss though. They probably didn’t know what it was they had.

Shinobi_cha, I has some more this morning, this time using about a 1/2 teaspoon for 4oz (instead of yesterday’s 1/3-ish) and there was more pungency, (though still nothing compared to a fukamushi). But still – super tasty! And I’ll have to add Sugimoto’s powdered sencha to my list… they are one place (of many) that I keep meaning to order from but haven’t yet.

Stephanie & Ang, it was a great deal! And yeah, probably an accident in pricing because I can’t imagine them actually meaning to sell it for $3. Sadly the store was out when the hubby stopped by after work yesterday. Hopefully they’ll get more in and make the same pricing mistake so you can be I’ll be keeping an eye out!

Auggy – cool! And if you order from Sugimoto, wait until April, when you can preorder their Temomi Shincha. It is probably the best Japanese green tea I’ve ever had.

Shinobi_cha Awesome! I’m a sucker for shincha so thanks for the rec!

This matcha sounds seriously good! And what a deal! Shinobi_cha has me fascinated with the mention (and review of Sugimoto’s Temomi Shincha) as well. There is a great clip on youtube of this being made: http://www.youtube.com/watch?v=8k3sfYRqGcQ&feature=colike

Maybe they meant to mark it as $29.99, but someone screwed up…luckily you get to benefit from it! Woot!

CHAroma, you pegged it exactly! I saw more there a few weeks later and yep, $29.99! I keep hoping they’ll make the same mistake again, but so far no luck!