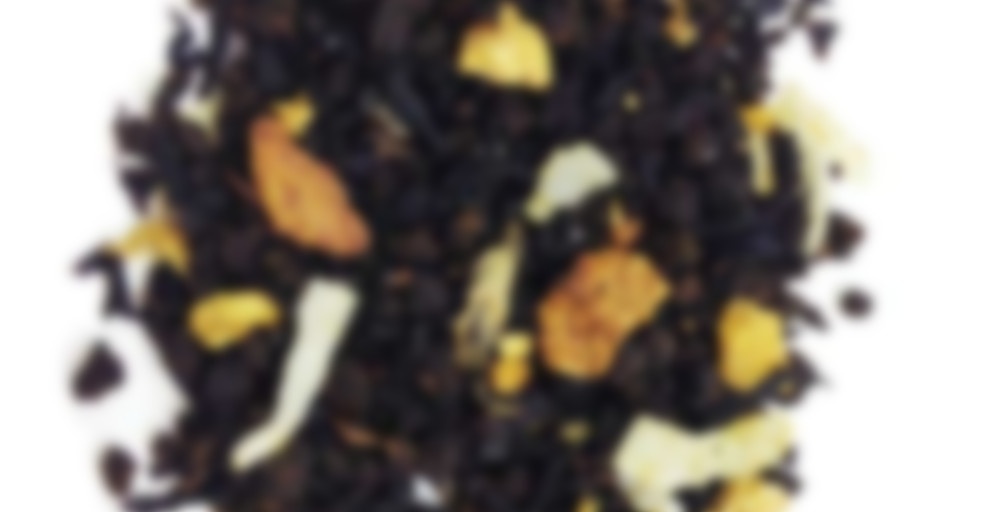 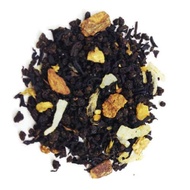 Our Signature Chai has the spice of a traditional Indian Chai, with a twist. With flavors of coconut and vanilla, this Chai is a real treat without all the calories!

This tea looks and smells like a broken granola bar…

I actually liked the mixture of coconut in this tea which is rare because I dislike warm coconut flavoring. The mixture of chai in this overpowers the coconut and creates a dessert cup of tea that I enjoy.

The 10th day of this advent calendar from Teanzo! And this is the tea we get for today.

I really loved this. I wouldn’t really call it a “chai” exactly, because a) there really are only two spices that I’d associate with a chai, and b) the spices aren’t really strong enough for me to think “chai.” If I were to taste this blindly, without knowing it was called a coconut chai, I wouldn’t have guessed it was a chai by the flavor.

I would have guessed it was a spiced coconut tea.

And as a spiced coconut tea, this is really delicious! The black tea is a prominent flavor (always a good sign in a tea blend) and the coconut is a strong presence too. The cinnamon and ginger add warmth but not a lot of zing to it. It’s more like a yummy baked good that’s been lovingly prepared with just the right amount of spice.

It’s really yummy. I liked this a lot. This is one that I’d happily drink again and again.

Teanzo Advent Calendar, Day 10!
There was a time when I did not like coconut as a flavor, or as an ingredient at all. I was blinded by the horrible texture of Almond Joys and Mounds and sugary, gritty, coconut shreds my mother ate by the mouthful. All that changed when my grandmother made her sweet sticky rice pudding with a can of coconut milk instead of regular milk because she had ran out without realizing it. To this day, Christmas is nothing without that sweet, cinnamon-y confection. I can taste that cinnamon-coconut sticky rice in this tea. I have come to love coconut in all of it’s forms and this is the first time I have had a coconut chai. My only regret is that it was not nearly as powerful as a chai.

Ohhhh! That rice pudding sounds so good. I’ll have to try it with coconut milk next time I make some.

Fresh mango is also an excellent addition as well!