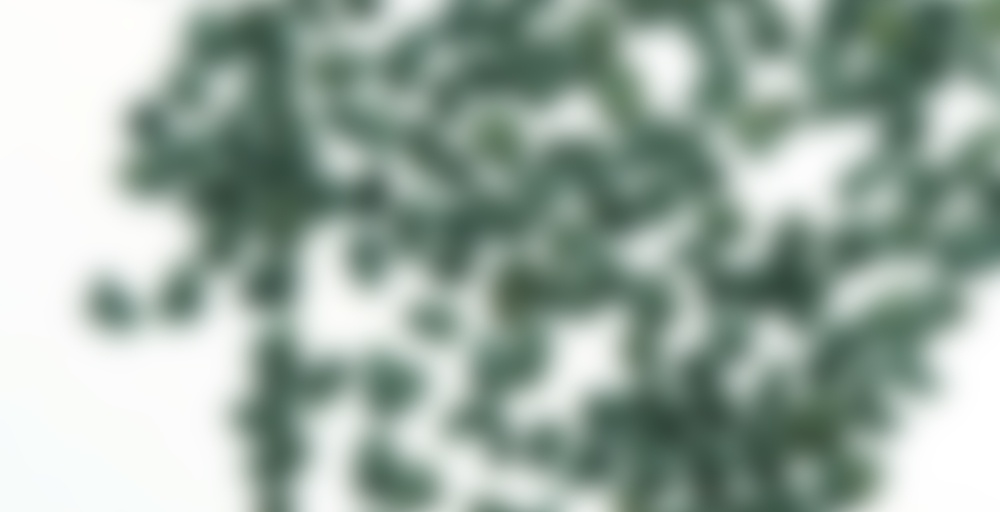 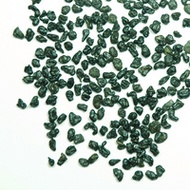 The name Gunpowder was given to this tea because its appearance resembles gunpowder pellets. This slightly open twisted leaf is hand shaped and has a very aromatic balanced flavour.

I swear that I tried damn near everything to save this tea. Drank it hot, drank it cold, cold-steeped it, really short steeps…all around, it tasted gross. I finally used this up by making a vanilla green tea latte with it (using vanilla flavoured agave). Oh hey, THE VERY LAST CUP WAS DRINKABLE. Yeah, that was money well-spent! At least it’s done now…

Also, a Teavana update for anyone who was curious (stop reading now if you’re not!): Had three shifts now. Things seem to be going quite well…maybe.

My sales last weekday shift were a bit under 100/hr, which is around what my managers told me they aim for, so I think that’s good. That’s without having the faintest idea what’s on the wall, so I think when I know the product better 100/hr will be simple to aim for most days. I haven’t reviewed all the teas I’ve tried in the store – I prefer to only review things I’ve taken home and made a few times under conditions I can totally control – but I’ve liked most of what I’ve tried and so now have things to recommend to people.

I had the scale almost entirely figured out my second shift, so that’s not a problem anymore. Also, I finally got a glimpse of the training manual, which is hilariously stupid in a really corporate way which is hard to explain to someone unless they’ve seen it for themselves… But I can laugh that off, as I’m used to corporate stupidity. (Oh, the stories I could tell you about the other job I have!) Other than the cast iron (which I’ve never been disposed to really like that much anyway, although I kinda like the hobnail and the elephant ones from a design perspective), I like a lot of the merch in the store, and I now have a neat little milk frother which helps me make awesome lattes at home (including the one I’m having right now).

I’ve worked with one other new guy who seems very personable but is otherwise hopeless so far, which is somewhat funny because we had the same training shift. Just a slow learner? He seemed to defer to me as though I was his superior, which was odd and funny.

The only thing which still feels really awkward is sampling. But I think that’s because it’s just a plainly awkward thing to do. It’s a lot like the pushy “greeter” position at my other job, which has never stopped feeling awkward in the two years I’ve worked there…although my managers tell me I’m fantastic at it. I guess I shouldn’t hope for sampling to become less awkward; it’s just something you have to suck up and do.

Overall, I just like Teavana so much better than my other job right now. I was originally going to work three days there and three days at Teavana with one day off…the plan being that way because of all the horror stories I’ve heard about Teavana. I was planning to see if Teavana was a company I’d need to bail on before my probation was up, see. But I am so tired and depressed and frustrated with the other job, and so much happier talking to people about tea all day. So I asked my manager what she could give me in terms of hours if I could give her 6-7 day availability. Her response was, “You’re awesome. You can have whatever you want! Want to move up to full time? I’d love to have you on full time.” Great! Well, Teavana pays even crappier than my other job…but I haven’t gotten much more than 20hrs a week over there in 9 months with no sign of that changing any time soon, so it’s a moot point. More hours on shitty pay still works out better than practically no hours on slightly-less-shitty pay, and it also looks like I might have a better chance of climbing the ladder at Teavana…something I always keep an eye out for.

So I gave my notice at my other mall job on Sunday. I then went downstairs to deliver the news at Teavana, only to find out some disturbing news about staff change-overs. The kind of thing that inevitably makes you wonder if you’ve made a terrible mistake.

Other Job will probably beg me to stay at least one day a week (they’d be idiots not to), and if they do, I think I will suck up continuing to work there on one weekday. Just in case.

Can’t wait to find out what happens next!!!

Drama! My life is boring…you guys have exciting lives!

Good for you! Sampling is something is something some people never get comfortable with, or at least not like, except for me, I was a natural and praised for it at every staff meeting, promoted based on and I would have been happy just sampling and not selling, which I was pretty good at too but whatever.

Wow, really? Why did you like it so much?

I tend to find that there are several moments where I just awkwardly stand there while people drink.

I felt graceful and like a hostess. Tea is all about hospitality for me. Plus I memorized the script really quickly and it just flowed. It was also just a way to prove myself. You had to twist other people’s arms to sample, our former AGM would find any excuse to keep himself busy and off the cart. Of course once I stopped believing in Teavana, I felt icky sampling, but that’s neither here nor there.

Good for you! I don’t buy tea there much at all, but the one I go to has some great employees who are really sweet and not pushy with me because I told them up front I already have too much tea! I did get the dragonfly cast iron pot because I love love love the shape. I looked everywhere for it at a cheaper price, and found it for sale at a large Parisian venue for more than Teavana charges for it. I really enjoy using it, and love filling it with tea and keeping it on the warmer. It stays at a nice drinking temp for hours and hours. And don’t feel awkward! They might be feeling awkward, too, so maybe Ask them what they think, which sample most appeals to them, ask foodie questions that might take you in the direction to figure out which teas they will like. My Teavana helpers actually recommended honey from another store and told me where to get it! I know they would have gotten in trouble if their boss knew, though.

I think when you are in a sales position, you have to listen to the customer and find out what they’re looking for and provide a good experience. Give them something you think they’ll enjoy based on what you find out, then you’ll feel better about what you do. It’s what I did with computer sales and I never slammed or oversold anyone. Never!

Good for you! I hope things are working out well for you.

When I saw how much this increased in volume during steeping—-easily triple what I spooned into the cup—I was sure I’d ruined it. Surprisingly, there was very little of that overcooked veggie taste; it was light and grassy and not bitter.

I received this as a gift at Christmas and am just now giving it a chance. It’s terrible. I have this idea that I don’t like gunpowder but I’m comparing with low-quality stuff I’ve had in the past. Shameful that I haven’t given it its dues. But, the experience of really smokey gunpowder put me off.

So, I thought I’d go Moroccan-inspired with this and added some fresh mint leaves to my cup. I don’t like mint in tea in general, but for some reason I always like it this way.

Okay. This is kind of smokey. Also, it came out bitter. Hm. It’s drinkable. I will give it another chance at some point, with a shorter steeping time.

Steeped a little too long, but it was just the wake-up call I needed this morning.

This type of green tea may not have been fantastic the first time I tried it but it has grown on me quite a bit to the point that I crave it now. Hard to explain why I crave the tea so often other than it is a much higher quality than I’m used to and quality makes a ton of difference in tea, this is not your Tim Hortons green tea.

The tea smells and looks very nice dry, but the taste of it brewed is almost disappointing to me because I can’t think of any interesting flavour that comes to me other than “green tea”. Ok, it may be that the obvious note for this tea is “smoky” and I’m just missing it completely because I’m used to Tarry Lapsang Souchong which is extremely smokey!

The little rolled up leaves are deceptive in their size, so be very careful not to use too many gunpowder pellets because they will expand! I make frequent small adjustments to how I steep this tea. This is how I currently steep it:
-1st steep: 3 min at 60 Celsius
- 2nd steep: 3 min at 65 Celsius
- 3rd steep: 4 min at 75 Celsius
- 4th steep: 6 min at 85 Celsius