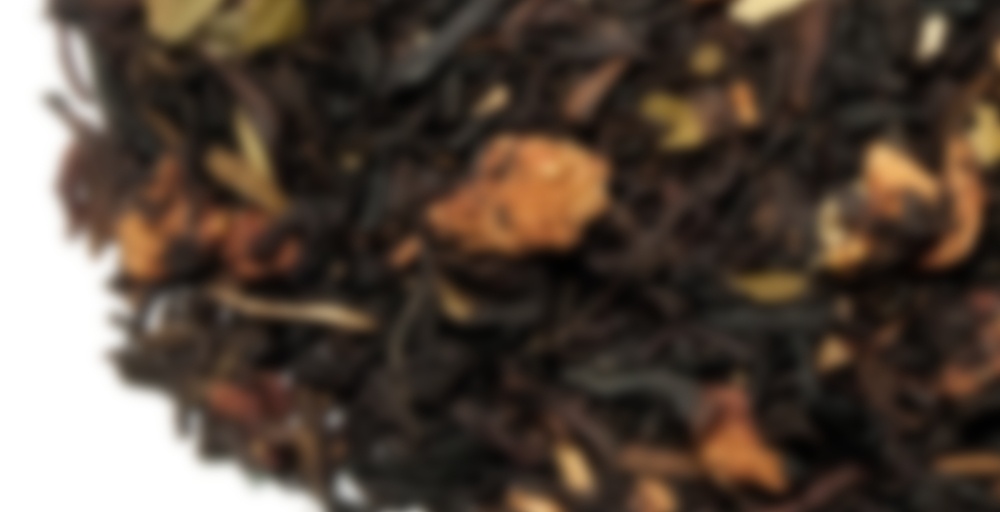 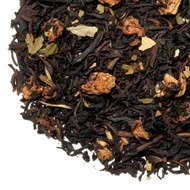 This well-known dessert is transformed into an incredible tea though the combination of Ceylon Black Tea, real strawberry bits and leaves and an unmistakeable strawberry cream flavour. Strawberry Shortcake is the perfect balance of fruit and cream, making this tea subtle and delicious for the palate. This tea is a great substitute or accompaniment for dessert and can be enjoyed any time of day by tea and fruit lovers.

So… with summer coming up and me trying iced teas, I bought a bodum from Teaopia. $20!! sadly, I can’t find a pic online, probably because it was on clearance.
Anyhow, this is the tea I christened it with!
The strawberry is definitely muted compared to the hot version, but a little more tart where I do find it. Oddly though, I do like it!!
In fact, I’d consider buying more of this just for that purpose. Only it’s one of those cases where I don’t die-hard love it so will think about it, and then not buy any, you know what I mean?
btw, extra points for not having to add sugar. It was great on it’s own! Upping the rating a few points.

Got a sample of this from Indigobloom today along with a TON of other things – Thank you so so so much!
You know what – the MOMENT I steeped this – I knew the exact aroma! This tea is exactly like 52Teas Strawberry Zabagilone!!!
Now that was the aroma.
Not to knock this tea as it is very very good and I swear it is not due to feeling dutiful to Frank for any reason nor that I had Frank’s tea first. But I do think Frank has harnessed the idea of this tea better. They are close, VERY VERY close but Franks 52Teas wins by a hair here.
Teaopia’s tea is a little less heavy on the flavor. I like this tea heavy on the flavor. Now maybe you don’t! Maybe you would like the same flavor but not so in your face. If so then Teaopia’s version is for you!
Both are extremely GREAT teas!
Thank you Indigobloom for sharing this one!

I’m glad you like it!
Interesting about the Zabagilone! If I ever make an order, you can bet that’d be on my list! if they still have it

Did I get this one from you Indigobloom? I’ll have to compare the two if I have it, haha. Apparently I like strawberry teas…

I’m not sure, I think so? I can’t recall anymore… if not let me know and you’ll gets some next time we meet up!

Adding milk gives this tea a nice creamy note. However the base strikes me as a little bit weak – may so it doesn’t overwhelm the strawberry flavours?

Jillian, you are lovely, and I’ve sent in a spam report :)

Lol, thanks Krystaleyn. Deleting the post in question in 3…2…1…

I love the smell of spam in the (very early) morning. XD

Sorry about that, all taken care of.

Thanks to Indigobloom for this sample as well! I’m glad I finally started tackling some more of my samples from her because they’re super tasty!

So yes, I’ve already sipped at this one, and although I was concerned about a lack of aroma initially, there’s enough flavour here to make me happy. I did the same thing as with the Chocolate Orange Pu’erh, and used about 2.5 tsp leaf for 10-12oz., and although it could be stronger, I’m getting tasty, light strawberry on a nice black base, with zero bitterness. I can’t really say I’m tasting shortcake here at all, just a nice strawberry black, but that’s fine by me, as I’m not fond of shortcake anyhow. The DavidsTea version of SS was much truer to actual shortcake, if that’s what someone is looking for!

Planning on doing the same thing for the re-steep as well, and call this a sipdown by using up the remaining 1/2-1 tsp.

ETA: Re-steep was a bit bitter. I think I should have just brewed a really tiny cup with the remaining small amount of leaves instead of mixing the two, because I’m pretty sure there was little to no flavour left in the used leaves. Ah well.

Thanks to Indigobloom for sending me this! I needed a black tea this morning to wake me up, and decided on this one. I have found ceylon teas to have a pretty sharp citrus taste that can go astringent really quickly. This tea was very identifiable to be of a ceylon black but the strawberry complimented it quite nicely. The super fruity Earl’s Garden from David’s was one tea that did not do it well, and the result ended up pretty bad. Strawberry flavour was not overpowering, which was great, and a hint of cream followed. I felt this one did not need any sugar or anything, and should work pretty well with milk.

Managed not to write a single review for this one, either! I’m on a roll of negligence. I did like it, though. And if Teaopia wasn’t gone, I’d probably consider buying more. Although DavidsTea has their own version, hm.

This is one of my favourite teas from Teaopia. Both the strawberry & cream flavours come through strongly & I find it really fills the gap when I’m craving dessert.
I enjoy this tea with both milk & sugar.

This one is nice… I think I prefer it cold to hot … its sweet, but also a little creamy, however the creaminess is not too overwhelming, which is a reason why i didn’t like david’s tea dulche and banana…. this one steeps well and smells delicious!