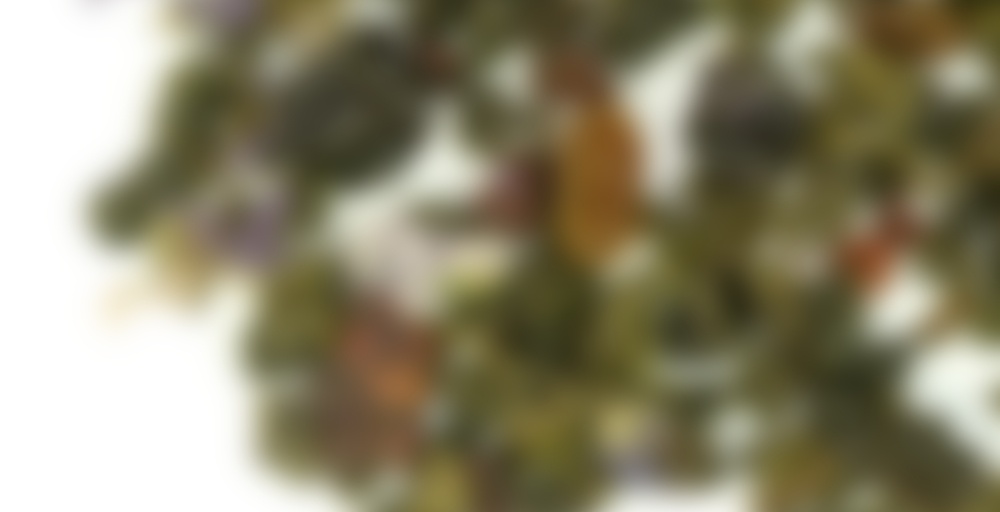 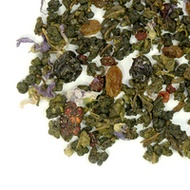 Hooray, another well-executed fruit-flavoured Oolong! I may be coming around to them. The plum blends really well with the light, clean Oolong and tastes sweet but fresh. Unfortunately I forgot about this after one steep so I will have to give it a better go soon and see how it holds up.

I’m still iffy on the frui-longs. Tea Dynasty may have some decent ones, I hope :)

lol I’ve been wanting to use that one for awhile :P

Oooh! This is one I have been wanting to try. I have had their Creamy Nut Oolong which is nice.

I’m going to have to give the Creamy Nut another try some time!

Backlog!
This was my after sushi tea. I was not all that impressed. Maybe it’s just me (probably), but I find that dried plum and oolong have very similar flavours. I could definitely taste the plum here, but it sortof finished off where the nutty oolong part left off.
I like my tea’s complex, and this just seemed to be one extra long sip of the same flavour.
The cherries were nowhere to be found either. They smelled so scrumptious in the bucket! and I loooooooove dried cherries so the lack of cherry in here was most disappointing. It was one of the reasons I chose this tea. Ah well, ya win some ya lose some.
I’m giving this an extra low rating because I’ve had other Oolong’s that were SO much better, and I doubt I would take up this tea even if it were free. I normally reserve this rating for tea’s that make me want to toss it, which I almost did do… what can I say, I’m in a harsh mood today, and I’m frustrated at having found nothing redeeming about this one, especially in contrast to the liquid delight I had this morning.
Oh, except that it was sweet enough without any sugar added.
Don’t let my rating scare you off though. If you like plums, this one might be for you.

Haha I find it ironic that while drinking Formosa Oolong I couldn’t help but agree when I read about oolong tasting like plum, this one sure does even though taste profile mentions grapes. I know grapes, I love grapes, I am not drinking any grapes in my tea now! :)

grapes in tea? I’ve heard about raisins, but never grapes. Hmmm. Now I reallllly wanna go back to tea dynasty. Heaven help me, and my wallet!
I’ve never tried Formosa Oolong. There is still so much to learn…

So, this was the the first of two tea lattes I got from Teaopia today. I had initially only planned on one, but while this one was being made, I was tempted into getting the other one later…a seed was planted and it was in the back of my mind all day. Last night, as I was leaving work, I decided to stop by Teaopia and smell a bunch to decide what I was going to have today…it was better to take that time, off the clock, rather than on. I smelled a bunch, though this was the first. And while many had possibilities, I decided oolong over black, and the plum over the creamy nut, since I have had that one before, and I decided to try something new so I could write about it here. And so it goes…

So, I first asked the SA whether she thought it would be ok as a latte, or whether it would be better to go with a black. I have had a white tea or green tea latte and, well, it was not stellar. She had thought it should be ok, but thought it best to use a little more leaf than usual and make it a bit stronger. That’s ok with me as I sometimes find the teas to go a little weak.

I admit, while the overall beverage was tasty, it was mostly the taste of sweetened milk, and just a hint of the tea. I think the steamed milk overpowered it. I can’t fault the tea, nor the SA (who IS awesome, btw), and I do want to try this tea again, though either not as a latte and just a wee dash of milk, or sans milk totally.

So while my experience with this tea isn’t fabulous, it was good, and I gave it a higher rating due to seeing the potential in this tea if prepared differently.

This tea is okay – in that it isn’t something I reach for, but it certainly isn’t abhorrent to me.

The scent is definitely more floral than plum for me. It does smell a bit artificial, but that may be accountable to my sensitivity to florals – florals MUST be expertly executed in order for me to enjoy the scent of them.

This tea has a nice, full mouth feel, but comes off a little dry and gritty – if that makes sense. Ultimately, this is a ‘skip’ for me, although it is not possible to purchase anymore anyway, as Teaopia is no more.

Meh – the best way to describe this tea.

This is a nice, fruity Summer tea that’s lovely hot or iced. There’s something a little hibiscus-y about the taste that I’m fine with, but that might turn some drinkers off.

This tea looks and smells better than it actually tastes which is disappointing. I have a feeling that despite all of the dried fruit in the mix, this tea gets most of its flavour artificially….

This tea was my introduction to Oolong teas.

I’ve got a bit in a sample tin that I’m scared to use until I find out if I can get some more. Which doesn’t really make any sense because if I don’t drink it, it’s like I’m already out, right? Right.

Quite like this tea. It was on sale when I went in to pick up a couple other refills and new teas so I figured no harm in picking up some at half price.

I’m a fan of oolongs, so I enjoy this. The fruitiness isn’t too strong, just adds a hint of flavour to the tea. If you are looking for a fruity flavour tea this might not cut it but I found it was just enough to differentiate it from my other flavoured oolongs which is nuttier.